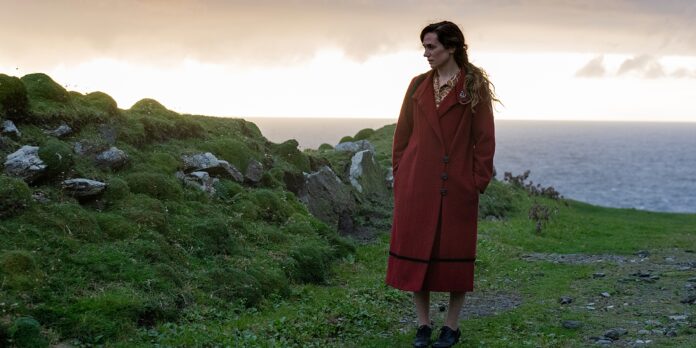 The Alliance Of Women Film Journalists (AWFJ) have announced their winners representing the best in film for 2022. Here are this year’s winners in their competitive, gender specific and special awards categories…

Outstanding Achievement by a Woman in the Film Industry
* Viola Davis for getting “The Woman King” made as her lifetime passion project and creating opportunities for other women creatives.
* Nina Menkes and Maria Giese for making “Brainwashed,” analyzing and illustrating the misogynistic representation of women in Hollywood movies.
* Domee Shi for being the first woman to direct a film for Pixar and for becoming Pixar’s VP of Creative
* Jacqueline Stewart for ongoing advocacy of the underrepresented and becoming president of the Academy Museum of Motion Pictures.
* Michelle Yeoh – lifetime achievement award.

She Deserves A New Agent Award
(AWFK note: This is not a put down. On the contrary, it suggests that the actor is better than the role she’s been given.)
Ana de Armas, Blonde
Bryce Dallas Howard, Jurassic World: Dominion
Margot Robbie, Babylon
Rebel Wilson, Senior Year

Most Daring Performance
Cate Blanchett, TÁR
Viola Davis, The Woman King
Danielle Deadwyler, Till
Emma Thompson, Good Luck to You, Leo Grande
Michelle Yeoh, Everything Everywhere All at Once

AWFJ Hall of Shame Award (Women and men are eligible)
* Alec Baldwin and the crew of “Rust” for continuing to deny responsibility for the on set shooting that killed cinematographer Halyna Hutchins. The situation is still messy. A wrongful death lawsuit was settled, but the criminal investigation continues. In November, Baldwin sued crew members for giving him the loaded prop gun that killed cinematographer Halyna Hutchins. News reports say Baldwin also texted Hutchins’s husband, Matthew, saying that the gun was never meant to be fired at a particular camera angle.
* “Blonde” and Andrew Dominik
* Will Smith for his behavior at the Oscars and in the aftermath.
* Harvey Weinstein for everything and forever.