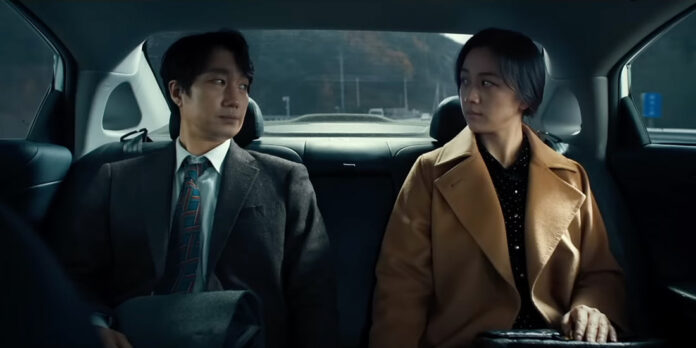 THE STORY – A detective falls for a mysterious widow after she becomes the prime suspect in his latest murder investigation.

​​​It is already proving to be a strong year for the South Korean film industry as both Hirokazu Kore-eda’s “Broker” and Park Chan-wook’s “Decision To Leave” had their premieres at the 2022 Cannes Film Festival. With previous titles from Park Chan-wook, including “Oldboy” and “The Handmaiden,” the director has become one of the most exciting names in not just South Korea but worldwide. With three of his films competing for the Palme d’Or in the past, he has become a beloved name for the festival and his inclusion this year made “Decision To Leave” one of the most anticipated films of this year’s selection. Has he been able to meet those high expectations, or will people be deciding to leave their screenings early?

“Decision To Leave” follows Hae-jun (Park Hae-il), a detective who is so wrapped up in his work and eager to find new cases that he stays up all night staking out the city of Busan. On his days off, he goes back to Ipo to be with his wife Jung-an (Lee Jung-hyun) and spends his time trying to make a long-distance relationship work. When an experienced climber falls to his death from a nearby mountain, Hae-jun is sent to investigate to find out if this was an accident or a murder. The investigation leads to Hae-jun meeting the climber’s widow, Seo-rae (Tang Wei), who is the main suspect in this mysterious case. Tensions rise between the widow and the detective in ways that neither of them would have suspected, and the film shifts the narrative away from the initial crime story to instead focus on their thrilling romance.

Given Park Chan-wook’s previous work, there is surprisingly little mystery or shocking moments in “Decision To Leave,” which is all the more interesting when you consider how it starts as a crime thriller. Perhaps the most shocking reveal of all is how it shifts into possibly the most romantic movie Park Chan-wook has ever made. It eventually becomes clear that Park Chan-wook is not interested in creating a crime scene riddled with shocking twists and turns. The point that would be the closing sequence of any other film (the reveal of how the climber came to his death at the mountain) comes about midway through the film. The reveal itself is not surprising; however, the tight editing helps wrap up the investigation by showcasing the detective retracing the steps of the crime, leaving the audience with another story to be told in its second half. When the screenplay tries to capture the same sense of mystery in this second half by having Hae-jun and Seo-rae reconnect in a new murder case, it falls flat due to the lack of suspense, ultimately making the narrative feel repetitive and disjointed. The film may have you guessing that there will be a big twist at some point to rival that which Park Chan-wook has given us before, but the story ends up being entirely predictable by the end.

What “Decision To Leave” lacks as a crime thriller, it makes up for in the exploration of what could be considered an impossible romance. When Hae-jun and Seo-rae first meet, he is unhappily married, and she has just become a widow. She is the prime suspect in his investigation, and that alone creates tension among the pair that they must acknowledge. For a film that is said to be seductive, there is almost no physical representation of that on screen. At one point, Hae-jun takes a photo of the scratches and markings on Seo-rae’s legs, but there is no nudity or public displays of affection between the pair. Instead, their relationship develops using carefully well-written dialogue, which is initially a barrier for them as they have difficulty communicating due to Seo-rae being Chinese and Hae-jun being Korean. As a result, a lot of their communication is done through translators. This gives the dynamic between the two leading characters another level of separation that they must break through if they are to ultimately end up together. Yet it is easy to see the connection between them, primarily because of the strong performances given by Park Hae-il and Tang Wei as they convey that which is unspoken through subliminally expressed feelings of desire.

While Park Chan-wook may be subverting expectations with his narrative, his technical prowess continues to shine just as strongly as ever. “Decision To Leave” is a visually stunning experience on numerous levels. Many watches of the film will be required to truly appreciate all the small details Chan-wook displays on the screen. Cinematographer Kim Ji-yong, who was one of the camera operators on Bong Joon-ho’s “Parasite,” takes many bold and exciting risks with the camera’s movement to create a sense of distortion and vertigo (no pun intended as that Alfred Hitchock classic film will undoubtedly be compared to this in more ways than one). This sensation helps to elevate the feeling of being up in the mountains, especially when we consider the plot of a climber falling to his death. The blend of cinematography and editing also helps to focus on several essential items within the narrative, particularly in the case of a mobile phone and the color of a dress. In particular, the mobile phone is important, not just as a piece of evidence at the crime scene, but how it connects the main characters. The way Park Chan-wook displays the text messages on the screen is both innovative and aesthetically pleasing, reminding you why he is such a master of his craft. It is integrated naturally into the narrative and becomes something more than just a communication method for the characters and the audience.

If you are going into “Decision To Leave” expecting a crime story filled with tension and twists from the filmmaker who gave us the “Vengeance Trilogy,” you will be disappointed by the film’s second half. However, if you are looking for a simple yet deep exploration of isolation and the meltdowns of human relationships, then Park Chan-wook’s latest may end up being the film for you. Even with its lack of suspense, there is something so compelling about the relationship between Hae-jun and Seo-rae. Hopefully, with these expectations in place and knowing what a cinematic delight the film is to watch on a technical level, it will likely have you intrigued throughout the runtime.​