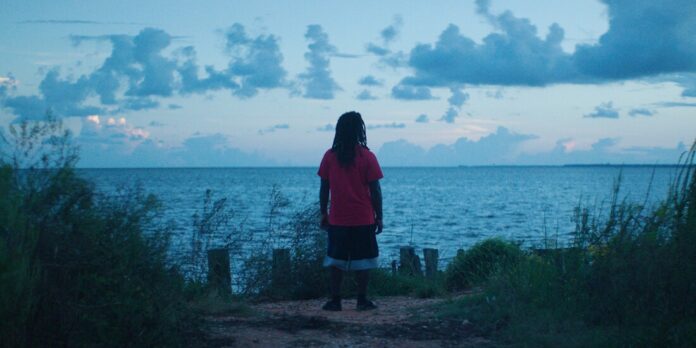 THE STORY – History exists beyond what is written. The Africatown residents in Mobile, Alabama, have shared stories about their origins for generations. Their community was founded by enslaved ancestors who were transported in 1860 aboard the last known and illegal slave ship, Clotilda. Though the ship was intentionally destroyed upon arrival, its memory and legacy weren’t. Now, the long-awaited discovery of the Clotilda’s remains offers this community a tangible link to their ancestors and validation of a history so many tried to bury.​

​​In America, we tend to regard history as distant and fixed. So many of us are taught to view the past as entirely separate from today, almost as if yesterday is a blocked-off wing in the mansion that is the past. “Descendant,” the powerful new documentary from director Margaret Brown, investigates one aspect of history that’s quite literally hovering just below the surface of modern times. And in this exploration, the past and the present are shown to be as inextricably linked as a handshake.

“Descendant,” tells the story of a community seeking definitive evidence of its history. Most of the residents of Africatown in Mobile, Alabama, are directly descended from the captives of the last slave ship to ever transport enslaved individuals from Africa to America. Because the practice of importing slaves was illegal when the ship made its voyage in 1860, the vessel was burned and sunk by the ship’s owners to avoid arrest. But the story of the ship named the Clotilda and its kidnapped passengers live on across over 150 years of oral history. Many of the residents of Africatown can trace their lineage in a direct line to their ancestors who were stolen to America on the Clotilda. As the film points out, most African Americans cannot pinpoint their roots to a specific part of Africa, but the descendants of those aboard the Clotilda can. “Descendant” details their efforts to locate the lost ship to validate their family histories.

Of course, these histories are inherently rooted in pain, but the film shows the pride that the residents feel in passing down their ancestors’ stories of survival. There are numerous scenes wherein an Africatown inhabitant will list the names of neighbors, both alive and dead, and explain where they lived and who their ancestors are. Clearly, these folks are honored to carry on the knowledge and the legacy of those who came before them. The film strikes a perfect tone of reverence and solemnity without being gloomy.

While the film is mainly grounded and stays with the people of the present, some of its more breathtaking moments come when the past practically comes to life before the audiences’ eyes. There are numerous historically-based surprises throughout, such as the only known existing footage of Cudjo Lewis, the last Clotilda survivor, shot by famous author and filmmaker Zora Neale Hurston. Moments such as this, when yesterday comes crashing into the setting of today, make the film feel vital and thrilling. And even though it happens several times, it never gets tiring to see descendants of those aboard the Clotilda – many of whom still share the same last names as those found on the graves of their ancestors – interact with each other and share their bonds that were unwillingly linked by those who came before them.

It’s predominantly documentation of a very uniquely tethered group of people, but where “Descendant” moves into the realm of the profound is in the way it explores just what history means and its use to those learning about it. It shows that there are no easy answers when it comes to determining what one does with tangible proof of a painful past and how a community can move forward into an unknown future. Indeed, the most surprising theme of “Descendant” is its look into the unexpected ways that definitive evidence of a known experience of the past can lead to more feelings of uncertainty than expected. Once a concrete discovery is made, what’s to be done with it? What does it indicate? And what does moving forward look like? There are no specific answers, and this film depicts that almost-paradoxical feeling with care and subtle attention.

“Descendant” keeps history alive by delving into one community’s search for physical evidence of theirs, previously only existing in the minds and souls of those connected to it. It’s a stunning journey into the uniquely American experience of history’s unsteady grip on the present.