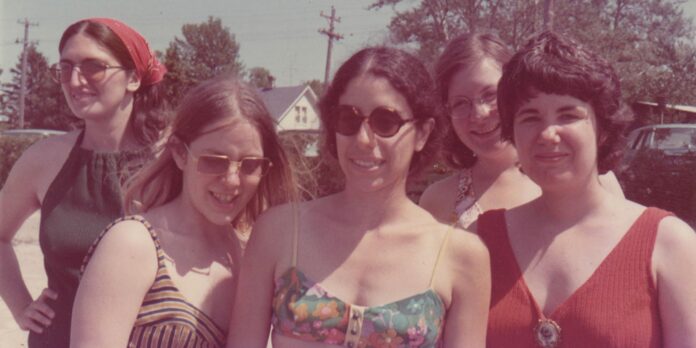 “The Janes” begins with the first of many harrowing recounts of pre-Roe v. Wade life in America. A woman calls a number and decides if she wants a Chevy, Cadillac, or Rolls-Royce – code for abortion tiers. When she goes in for her “appointment” in a hotel room, she’s greeted by three men and another young woman seeking the procedure. After the procedure, the men leave the two women behind, heavily bleeding out and scared for their lives.

That was the reality for those with unwanted pregnancies before the landmark 1973 Supreme Court decision that decriminalized abortions. So many of these horrific stories occurred that Chicago’s Cook County Hospital had a septic abortion ward that saw upwards of 20 patients daily with botched back-alley abortions or their own attempts. Many women were on the brink of death, while some didn’t survive the fight. But a group of brave women decided enough was enough, and they formed the Jane Collective, performing 11,000 abortions between 1968 and 1973.

A number of those women came forward to tell their story, for likely the first time, in Tia Lessin and Emma Pildes’ riveting documentary “The Janes,” which debuted at this year’s Sundance Film Festival. At the time of its release, the documentary served as a grave reminder about women’s healthcare rights and the lengths many had to go to to save themselves. But after Roe v. Wade was overruled this summer and several states implemented restrictive abortion laws, “The Janes” shows us the reality that many, especially people of color and those of lower socioeconomic status, now face without the constitutional law.

The Jane Collective formed during a time when young people were protesting the Vietnam War and fighting for Civil Rights. These movements impacted women in many ways. They were treated as second-class citizens and couldn’t even seek birth control for themselves unless they fooled their doctor into thinking they were married. Even when an unspeakable assault was committed – one woman recalls how her friend was raped at knifepoint – they were given a lecture about promiscuity and shown no sympathy. That’s when these women knew something had to change.

Even though it’s been decades since the Janes defied the law and formed the group, they remember every vivid moment like it was yesterday. They recount the sneaky ways they drove women to “the front” and “the back,” the former an area where the women gathered and the latter where the abortions were performed, and how locations had to change every so often so as not to draw suspicion. They often relied on friends to lend out their apartments for use, and they could set up shop in about 15 minutes and take it all down in about five. When a new woman called for “Jane,” their information was jotted down on a 3-by-5 index card and added to an already large pile. Words such as “terrified” and “scared of pain” were also written on them, giving us just a small glimpse into the state of these individuals. As one member said, “They weren’t just cards; they were women like me,” and the Janes tried to be as transparent as possible with their scared patients, a refreshing change to many medical offices. Even though what they were doing was illegal, one woman said it was “the best medical experience” she had ever had. And when someone couldn’t pay the full amount for the procedure, they only asked that they pay as much as they could so that the next woman had the same opportunity. The Janes knew these women were desperate, and they weren’t going to stand in their way of getting the help they needed.

Having women at the helm of the operation makes a huge difference, as many male doctors made sexual advances toward their patients or were violent with them. Some doctors were arrested for performing the procedures, making finding someone discreet and reliable even harder. A man who calls himself “Mike,” who performed the procedure before the women took over, offers an interesting insight into the Collective. To him, it was just another job and a way to earn some extra money – although he wasn’t too happy when some couldn’t pay – and he did his best to put patients at ease. Some of the members’ husbands also chime in with their concerns, primarily about what would happen if their spouses were caught. That day eventually did come on May 3, 1972, and much like the rest of the documentary, it’s a gripping recap of events that seem straight out of a movie. It’s interesting to hear the perspectives of the women who were there that day, understandably nervous about what was to come.

Knowing what we know now, it’s not hard to see how “The Janes” is a vital watch in the political and medical landscape we find ourselves in. While the documentary was filmed prior to the events of this summer, it would have been intriguing to hear what the women thought about the possibility of Roe v. Wade being overturned and how America would move forward. They’ve seen some of the darkest aspects of living in a country that criminalizes abortions, and as we find ourselves right back there again, perhaps these women could have offered advice or helped guide us through it.