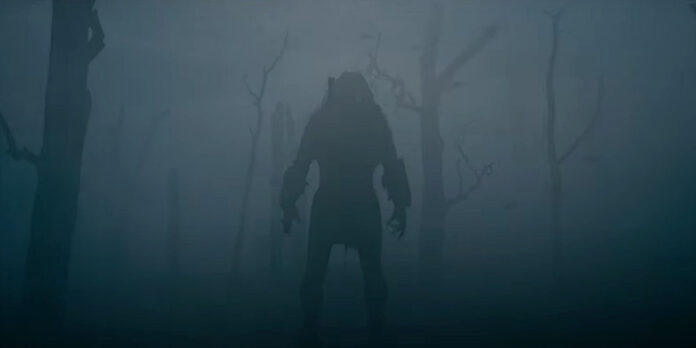 ​​​​”Predator” is a franchise that’s struggled, more than most, to find an identity. The original film was a genre masterpiece, melding body horror with a stellar roster of action stars who sought to take down the titular alien. The second film was less successful, artistically and commercially, but it was different and has gained something of a cult following in the decades since. The rest… Well, let’s just say it’s been a mixed bag. The franchise seemed to be done for when Shane Black, star and script doctor of the original, delivered the abysmal dud “The Predator” in 2018. “Prey,” on the other hand, feels like an attempt to walk back the errors of its predecessors by turning back the clock. Instead of adding a “Planet of the Apes” twist like Nimród Antal did with his middling “Predators,” “Prey” strips the premise of an alien who likes to hunt human beings down to its base form. There are no choppers to get to or doomsday weapons. There are simply people and an unwavering desire to survive.

“Prey” is set amidst the expanse of America in the 1700s. A Comanche warrior named Naru (Amber Midthunder) discovers that an unseen predator is stalking her. Eventually, she realizes that she’s in the crosshairs of an alien force. Or, as we know it, a “Predator.”

“Prey” looks and feels unlike any of the installments that come before it, and given how bad things have gotten for the franchise, that’s about as good a compliment as anyone can provide it. The film isn’t reinventing the wheel by any means, but it establishes decent characterization for Naru before she’s confronted by her enemy. It doesn’t feel as though we’re hastily checking off stereotypes so they can be killed off in unspectacular fashion later on, and therefore our concern for the main character is genuine.

Director Dan Trachtenberg is no stranger to expanding franchise parameters. His feature debut film, “10 Cloverfield Lane” (2016), proved that there was more to the sci-fi property than a found footage gimmick. His approach is patient, much as it was with his debut, and it makes for a fun contrast when the Predator begins to wreak havoc. I also applaud him for not relying on CG and keeping things as practical as a film involving a freakish game hunter would allow. One can tell that time, and thought was put into how a Predator from 1719 would look in comparison to the ones in 1987 and 1997 (the year the second film was set), and little details like that go a long way in keeping the viewer engrossed.

Midthunder shines as the human tasked with taking out the Predator. She finds a perfect balance between terror and courage, and her ability to alternate between the two in the span of a single scene helps to sell set pieces that we’ve otherwise seen variations of in the past. The characterization of Naru, coupled with a genuinely novel setting for an alien presence, helps to boost some threadbare writing in the film.
​
Unfortunately, the lukewarm script eventually catches up with “Prey.” The film does start to lose sight of its impressive pacing in the final act and devolves into something resembling the other films in the franchise. It’s difficult to avoid, of course, given the presence of a Predator and the need to defeat it. Still, the hope that the film would find a unique approach (despite the fresh period setting and perspective) to a resolution ultimately falls through. It’s more of the same.

“Prey” is no masterpiece, but it’s a solid moviegoing experience and an encouraging sign of life from a franchise that seemed dead in the water. It easily leapfrogs over the last few “Predator” sequels and lands somewhere near “Predator 2” in terms of sheer enjoyability. On a craft level, the cinematography, score, and sound work (not to mention the gory kills) are approaching franchise-level best. Whether all of this is a ringing endorsement or a sign to skip it is up to the viewer, depending on how jaded they are by this wildly inconsistent franchise.