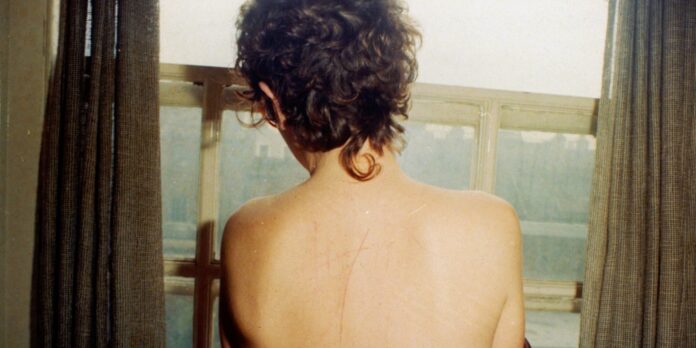 THE STORY – Rare footage and intimate interviews provide insight into the life and work of renowned photographer and activist Nan Goldin.

World-renowned photographer, activist, and New York native, Nan Goldin, is the focus of Academy Award-winning director Laura Poitras’ (“Citizenfour”) latest documentary, “All The Beauty And The Bloodshed.” The film recently won the Golden Lion at the Venice International Film Festival and has been chosen as the Centerpiece Film for the New York Film Festival. With this much of a spotlight cast over the film, many are wondering if it warrants the hype. The answer is emphatically yes, as Poitras crafts a fascinating look at how one woman’s life has touched so many cultural moments throughout history and continues to do so in her ongoing war against the Sackler family, the primary orchestrators of the ongoing opioid epidemic.

Poitras is telling Goldin’s story through two timelines. The first is her chronological life story, expressed primarily through photographs (we never see a talking head interview featuring Goldin) accompanied by her voiceover as she takes Poitras through her early days as a photographer working in New York City all the way up until the present day. This portion of the documentary takes inspiration from one of Goldin’s greatest creations, The Ballad of Sexual Dependency, a slide show exhibition (and subsequent book publication) of photographs taken between 1979 and 1986. An illuminating, candid, honest and beautiful portrayal of New York City’s No wave music and art scene, it autobiographically depicts Goldin’s life in the post-Stonewall LGBTQ subculture of the late 1970s and early 1980s, her time as a heroin addict in the Bowery neighborhood of New York, and her personal family and love life. Nothing is off limits for Goldin during these interviews as she holds no secrets back, detailing her abusive boyfriends, her time as a sex worker and drug addict, and her sister’s suicide. She also discusses blissful times hanging with her gay friends at the Tin Pan Alley Bar in New York City before the AIDS crisis sadly took hold over the community in the late 80s and early 90s. All of this creates a fully realized picture of who Nan Goldin is, as expressive and thoughtful as any of her own photographs, and how she is utilizing these experiences to live her life today.

While some time is spent going over Goldin’s achievements and life-defining moments, the most vital dissection of her character is exhibited through the telling of the second timeline in the film: her battle against the Sackler Family during the opioid crisis. “All The Beauty And The Bloodshed” opens up with a striking scene of Goldin and a group of protestors throwing empty pill bottles into a fountain at the Louvre, angrily chanting that the historic museum disowns the Sacklers by refusing any future donations from the family. Other museums, like the Guggenheim Museum and Metropolitan Museum of Art, have an entire wing dedicated to the family due to their numerous contributions (what Goldin calls “blood money”) over the years. The opioid crisis has claimed the lives of over half a million people, with 200 dying each day (and over 100,000 more dead in 2021). Still, no one is holding the Sacklers accountable for their lies and greed, which has led to the sanctioned murder of all those who were prescribed oxycontin and told by their physician (who was instructed by the Sackler-owned pharmaceutical company Purdue Pharma) it was non-addictive. Being a former addict herself, Goldin has a personal axe to grind against the Sacklers. They may be scary and powerful, but she knows the evil they’ve committed and wants nothing more than to see them brought down.

Poitras gives equal weight to both of these timelines, but one cannot help but feel the greater sense of urgency behind Goldin’s struggle against the almighty Sacklers and the timeliness of the opioid epidemic still wreaking havoc over hundreds of thousands of lives on a daily basis. For this reason, it sometimes breaks the narrative flow and momentum of “All The Beauty And The Bloodshed” to have both timelines cross-cut back and forth throughout. One wonders if the film’s emotional power, as great as it is, could’ve been even more significant if the entire film was told chronologically from Goldin’s early years to her activism and the current struggle of today, using the years of wisdom and influence at her disposal to rally others to her side in a cause that is bigger than any one person.

To this day, the art world is the only place to hold the Sacklers accountable, as numerous museums, schools, and other institutions are refusing their donations and removing their names from their establishments. Pardue may have gone bankrupt, but the Sacklers never faced a moment of jail time. Due to a $6 billion payment to the victims, survivors, and states for their role in the opioid epidemic, they avoided any and all lawsuits in perpetuity. This leads to the film’s most powerful moment as the Sacklers are forced to watch testimonies over zoom from the victims’ families whose lives they have forever destroyed. It’s gutwrenching, and there is a sense of satisfaction in knowing how far Nan Goldin was willing to take this fight to see justice be done. However, the fight continues as the opioid epidemic continues, with the Sackler family still needing to be held accountable for what they’ve done and the terrible effects it’s caused worldwide. Luckily, with people like Nan Goldin leading the fight and this film’s existence, others will become aware and join too.