Don’t Count Margot Robbie Out Of Best Actress Just Yet 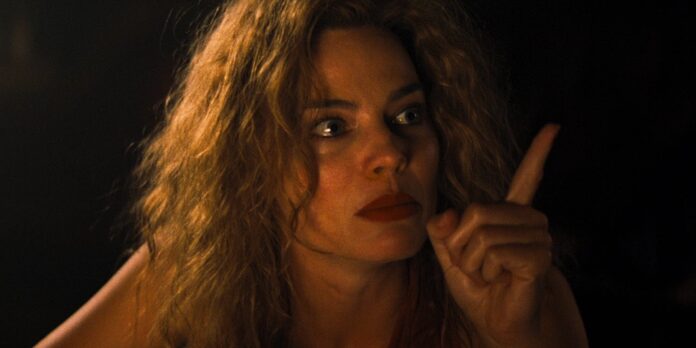 I am not partial to Margot Robbie in the same way that the average person is who you’ll find writing about movies on the internet today. There’s no personal drive compelling me to convince everyone that she is coming for another Oscar nomination. I am not persoanlly advocating as a fan. However, I would caution against being trigger-happy to remove her from your Best Actress predictions as her film, “Babylon,” released this week to divisive reviews and a disastrous box office return. What makes this such a notable development in the Oscar world is this critical and audience response is dramatically, unlike Academy Award winner Damien Chazelle’s other films, “Whiplash,” “La La Land,” and “First Man,” all of which were generally loved in reviews and other than “First Man” mostly performed well at the box office. A logical conclusion is, with “Babylon” dividing critics and in for a weaker box office return on a $78 million film, Robbie would be an easy cut from a tight Best Actress race, where the top five is being decided by splitting hairs between so many worthy performances. However, some added context makes Robbie more likely to sustain her position in the race than people might be thinking.

She Has Done The Work
Margot Robbie has fascinated Oscar bloggers as an ingenue and a talent for nearly a decade now since she tore onto the scene in 2013 with Martin Scorsese’s “The Wolf Of Wall Street.” This was the same year when Jennifer Lawrence was making the rounds for a similar character “American Hustle,” and this allowed critics to brand her as the up-and-comer who may be doing superior work to an ex-ingenue, who was established and winning awards for a film that they were not so hot on. Robbie pushed into the mainstream playing Harley Quinn in the DC universe, making her a full-fledged movie star with the Oscar-winning “Suicide Squad,” a role she would go on to reprise in “Birds Of Prey” and “The Suicide Squad.” Then she claimed a star-making turn in 2017’s “I, Tonya” as Tonya Harding in the infamous figure-skating American scandal. Many on the internet thought that could be an Oscar-winning performance. The quality may have been there, but perhaps the film was too clever and post-modern to have the stature of a Best Actress-winning role. Her co-star, Allison Janney, would become the Oscar winner from that film instead for Best Supporting Actress.

In addition, Robbie ran the industry gauntlet in the years that followed her first Oscar nomination. She came within striking distance of a nomination for playing Queen Elizabeth I in “Mary Queen Of Scots.” Her second Oscar nomination was in Best Supporting Actress for “Bombshell,” an emotional, vulnerable performance that could have won her the gold if, like “I, Tonya” had the film taken off in Best Picture. She also portrayed Sharon Tate in “Once Upon A Time In Hollywood” under the eye of Quentin Tarantino in a warm, infectious performance that would have probably been nominated had “Bombshell” not panned out for her (she would go on to be BAFTA nominated for both in the same year). Next year, she will even play the legendary doll in “Barbie,” Greta Gerwig’s highly anticipated upcoming feature film.

That’s a long way of saying: Robbie has done the work. She has shown up, collaborated with Hollywood’s A-team, and taken on challenging nonfictional roles, becoming quite a powerful producer behind the scenes in the process, bringing us films such as “Promising Young Woman” and the before mentioned “I, Tonya.” She has basically worked nonstop for the past ten years. The people who make movies and vote in the Academy know and like her, even if many of her films have not been financially successful as of late. Robbie has the street cred of “walking the walk” in the industry and enchanting everyone. Where Robbie is in her career is kind of the best of both worlds: She still has the fresh, exciting appeal of a new face in Hollywood. Yet she also has been tried and tested by the industry; her resume is bursting at the seams with critically acclaimed performances in both big and small films. She is both the young hip star and the actress who has racked up the credibility as someone who deserves to be recognized by the Academy, if not this year, then eventually.

Even if “Babylon” goes on to have a murky reputation from its mixed reviews and weak box office, her thunder dome of a portrayal will likely resonate even if the film does not. Think Jennifer Lawrence in “Joy,” who was in a similar place in her career by the time the film was released to mixed reviews – even though Lawrence was an Oscar winner by this point and Robbie is not, Lawrence was an ex-ingenue “it” girl younger actress who was established past her breakout role – and she still managed to crack tough competition for the Oscar lineup.

A Possible Golden Globe Win
An undeniable strength of Robbie’s chances at making the Best Actress Oscar lineup is the fact that she may be the ultimate spoiler to win the Golden Globe for Best Actress in a Comedy/Musical right out from under the nose of Michelle Yeoh for “Everything Everywhere All At Once.” Yeoh is the frontrunner for a variety of reasons, but Robbie winning the Golden Globe is closer than you think.

Two years ago, I predicted Rosamund Pike’s triumph for “I Care A Lot” over Maria Bakalova for “Borat Subsequent Moviefilm” at the Golden Globes even though many were predicting heavily in Bakalova’s favor. The secret to my successful prediction: There is a certain type of character and performance that wins Best Actress at the televised awards. The Hollywood Foreign Press clearly liked “Everything Everywhere All At Once” to giving it six nominations, including Best Picture Musical or Comedy, Best Director for the Daniels, and three acting nominations. Still, Yeoh’s character, Evelyn, does not have a track record of winning Best Actress in the past on a purely genre level: Different universes and imaginative fantasy elements of Yeoh’s role may make less sense as an acting winner against Robbie’s “Babylon” character of an up-and-coming actress in 1920s Hollywood. However, one could counter that argument by saying Robbie’s character is distasteful in “Babylon” and not a classic Best Actress-winning role, which is also totally fair.

Yet, “Babylon” received its fair share of love from the Hollywood Foreign Press Association, with five Golden Globe nominations, including Best Picture Musical or Comedy. This is Robbie’s third Golden Globe nomination, and if “Everything Everywhere All At Once” wins Best Supporting Actor for Ke Huy Quan and Best Supporting Actress for Jamie Lee Curtis, Robbie as an unexpected winner would make more sense than “Everything Everywhere All At Once” claiming three Golden Globe acting trophies. Of course, one of the supporting performers may not pull it off, and Yeoh continues to win Best Actress as expected. However, if the unthinkable happens, a Robbie upset at the Golden Globes would supply enough momentum for her campaign at the right moment for Oscar voting. This isn’t the only thing she would need to be nominated, even though it would help substantially.

Timing, Buzz, And Best Picture
Energy and timing are key. Starring in a likely Best Picture nominee at the Oscars, whose buzz (for better or worse) is just beginning now in late December with a last-minute release, will also be a huge advantage for Robbie. The most significant aspect of Robbie’s candidacy for Best Actress that makes me so assured she is in it to claim one of the five spots is “Babylon” is exactly the type of movie that tends to do well at the Oscars. It reminds me of “Vice” or “Don’t Look Up” (as this recent piece on NBP did a good job of illustrating), off-centered comedies with A-list celebrity actors blazing the screen at which critics revolted, but the Academy ate up like Thanksgiving dinner. The Academy likes films jeweled with big stars and stories about Hollywood. The Golden Globes aren’t the only ones who have recognized this either, as the Critics Choice Awards also showered “Babylon” with nine nominations, including Best Actress for Robbie. The film fits that mold where the mixed reviews do not hurt the film’s Oscar chances as much as weak reviews would damage other smaller movies with less established filmmakers and stars headlining them. Remember: Know your audience. The Academy has shown us what they are prone to reward.

With all that being said, Robbie’s candidacy, at least to me, looks more rigorous than some could assume. She likely fits nicely into the Best Actress race, no matter how the final five are sliced and diced. Most would agree that Cate Blanchett in “TÁR” and Michelle Yeoh in “Everything Everywhere All At Once” are locked in for nominations and will likely compete for the win (Unless, of course, Yeoh loses the Golden Globe, as I outlined above). After that, the actresses vying for the final three slots are Michelle Williams in “The Fabelmans;” Danielle Deadwyler in “Till;” Viola Davis in “The Woman King;” Olivia Colman in “Empire of Light;” Vicky Krieps in “Corsage;” and Robbie for “Babylon.” My estimation is Robbie is fourth behind Blanchett, Yeoh, and Williams. As for predicting the fifth spot – I am afraid that is a tricky question above my pay grade.

What do you think? Will Margot Robbie crack the Best Actress top five for “Babylon,” or will the mixed reviews and terrible box office hurt her chances? Who are you predicting to be nominated for Best Actress? Please let us know your thoughts in the comments section below or on our Twitter account and check out the Next Best Picture team’s latest Oscar predictions here.