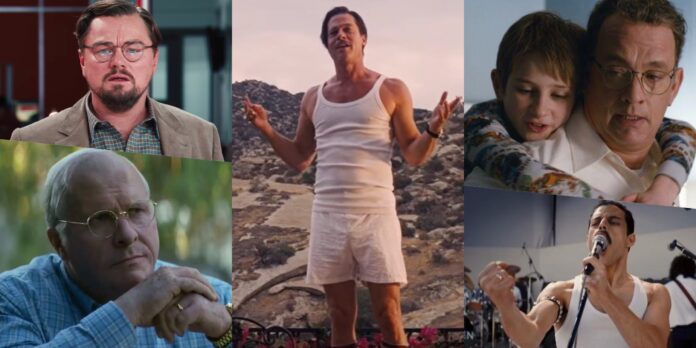 Before awards season started, “Babylon” was projected as either the No. 1 or No. 2 Oscar frontrunner. But now that critics and audiences have finally seen it, the film has gone from a top contender to one that will currently struggle to get a Best Picture nomination. In fact, even if it does get in, it will go down in history/infamy as one of the worst-reviewed Best Picture nominees of the expanded era. Whether it deserves to be among that group or not – in every sense – “Babylon” will now need to take hope in how those films overcame its worst critics anyway. Specifically, it needs to take note of what precursors they hit and what additional factors put them over the top. Some of them are signs Chazelle’s film has already hit and missed, and some of them may settle its fate down the line. If “Babylon” hits them, it will join the ranks of “Vice,” “The Blind Side,” “Bohemian Rhapsody,” “Don’t Look Up,” and “Extremely Loud and Incredibly Close” as the most critically panned Best Picture films of our time. But here is how they all pushed critics aside anyway, and what they had that “Babylon” either has or is lacking as it tries to do the same.

“Vice” has perhaps the most substantial parallels to “Babylon” in terms of how they both missed the NBR and AFI’s top 10 lists and how they both pushed their full review embargo back until after Golden Globe nominations came out. Since “Vice” had the most Globe nominations that year – back when everyone agreed that meant something – it was a strong enough shield against its early snubs and low critic scores until the rest of the industry weighed in.

Like “Babylon,” “Vice” was written and directed by a recent Oscar winner, Adam McKay, which automatically got its foot in the door with certain voters. Like “Babylon,” “Vice” had an ensemble, multi-award-winning cast powering a wild comedic and dramatic take on a historical subject, in this case, Dick Cheney, instead of 1920s Hollywood. And like with “Babylon” so far, “Vice” had very loud defenders and especially loud detractors for both the movie and its mastermind.

“Vice” got over the top with nominations from the PGA, WGA, and DGA guilds, although it missed the SAG ensemble nomination. Yet between McKay being Oscar-nominated as writer and director and Christian Bale, Amy Adams, and Sam Rockwell all receiving acting nominations, it was never a serious threat to miss Best Picture before long.

However, “Babylon” would need a lot of luck to get Damien Chazelle both DGA and WGA nominations, much less Oscar nominations. While there’s still a shot, it can get as many as three acting nominations for Margot Robbie, Brad Pitt, and Diego Calva. However, none are as locked in as Bale and Adams were at this stage. And while Pitt could slide into the last Supporting Actor slot not long after winning that category, as Rockwell did in 2018, it is not a sure thing right now either.

Although “The Blind Side” was not a critical favorite in the fall of 2009, it was a box office success, unlike “Vice” and “Babylon” thus far. But unlike those films, it was designed to be a massive crowd pleaser – mainly to white audiences and fans of “white savior” stories, as its many critics would later say.

Nonetheless, that box office success went an incredibly long way, even while it was snubbed for nominations by virtually every critics’ group. What’s more, it missed out on every single major guild and industry nomination and top 10 list before the Academy chose it anyway. Yet the final factor that put it over the top was Sandra Bullock, first in getting major nominations at the Golden Globes and SAG, and then in winning with both groups despite not winning any critic awards first.

2009 was the first year of the expanded Best Picture field, and “The Blind Side” took full advantage of it in ways very few films have done since. Despite missing almost every precursor possible, its box office and Bullock’s eventual surge to Best Actress were all it really needed.

“Babylon” doesn’t have box office on its side at the moment, but it does have Robbie following Bullock’s path thus far, in racking up major nominations but not winning anything yet. However, Robbie rallying among the industry over Cate Blanchett and Michelle Yeoh looks like a much more demanding task – assuming she’s still likely to get nominated.

“Bohemian Rhapsody” not only had even bigger box office than “The Blind Side,” it did better in precursors if not with critics. In addition to winning the Best Drama Golden Globe, it got PGA and SAG ensemble recognition, despite missing the NBR and AFI top 10 and virtually every critics group nomination. And like with Bullock, Rami Malek surged in the industry to take control of a lead acting race and secure his film’s place in Best Picture.

Between “Vice” and eventual Best Picture winner “Green Book,” 2018 was a year where Oscar voters seemed to make it a point to ignore or enrage Film Twitter and critics in general. As such, no matter how many panned “Bohemian Rhapsody” decried its framing and rewriting of Freddie Mercury’s life story and brought up accused sexual assaulter and initial director, Bryan Singer, it only seemed to make the Academy embrace it that much harder – to the point where it actually won the most awards on Oscar night.

“Babylon” has its haters for vastly different reasons, yet time will tell if its backlash only provokes industry fans to defend it that much more. But without a billion-dollar box office or a lead acting favorite to boost itself, there may not be as much cover for its defenders to get louder. Nonetheless, “Bohemian Rhapsody” also had the advantage of three below-the-line Oscar wins, no matter how much those wins were later mocked. With potential success in categories like Best Costume, Production Design, Original Score, and more, the tech awards could also give “Babylon” a valuable safety net.

Just last year, the Academy chose the second “rotten” reviewed Best Picture nominee of the era. As such, it was easy to mock that as long as “Babylon” didn’t reach “Don’t Look Up” like review scores, it would be safe no matter what. But as it turned out, it has now reached that low bar after all.

Yet “Don’t Look Up” had other advantages that “Babylon” doesn’t possess. For one thing, unlike “Babylon,” it made both the NBR and AFI top 10 lists before making the PGA field. For another, while it didn’t lead the Golden Globe nominations like McKay’s “Vice” did, it was in the year when the Globes weren’t televised or deemed as necessary on the campaign trail toward the Academy Awards. And while McKay ultimately missed DGA and Oscar Best Director nominations this time, he did secure a writing nomination that Chazelle may struggle to match with “Babylon.”

Despite “Don’t Look Up’s” SAG ensemble nomination, none of its megastars got in at the Oscars. “Babylon” at least has Robbie as a likely nominee and Pitt with 50-50 odds at best, although both those fortunes could change quickly. But in a Best Picture field of 10, “Don’t Look Up” was probably the ninth-ranked film at minimum, which “Babylon” may well end up being too.

“Extremely Loud and Incredibly Close”
Scores: 45%/5.6 average on Rotten Tomatoes & a 46 on Metacritic

Eleven years after being announced as the last 2011 Best Picture nominee, it barely makes sense. Without big box office, any precursor Best Picture nominations to speak of, and reviews that weren’t even high enough to be considered divisive, “Extremely Loud and Incredibly Close” still sticks out as the most unlikely, if not objectively worst Best Picture film of this era. It had Tom Hanks and then-recent Oscar winner Bullock as headliners, but neither got any traction for nominations. It had Max von Sydow locked as a Best Supporting Actor nominee, but he was never a threat to win. For that matter, it didn’t have any other nominations above or below the line.

Even when a “Babylon” or “Don’t Look Up” comes around, it is hard to imagine anything supplanting “Extremely Loud and Incredibly Close” as the worst statistical Best Picture nominee of modern times. To that end, “Babylon” has to feel better knowing if something like this can get in, anything is possible. Yet when placed side-by-side with some of the other panned nominees in recent years, “Babylon” can’t feel better by comparison.

No matter what, it seems this is the less-than-storied company “Babylon” will forever be in if it does manage to get in Best Picture. But some of this company does at least point towards a way forward to salvage that much, although not every example is as promising. A strong showing at SAG and BAFTA, plus a PGA nomination would do wonders for it at this stage in the race. Should it not show up at either of these, then it will likely not receive the Best Picture nomination after all.

Do you think “Babylon” will still be nominated for Best Picture? How many Oscar nominations do you expect it will receive? Please let us know in the comments section below or on our Twitter account. You can see the Next Best Picture team’s latest Oscar predictions here.