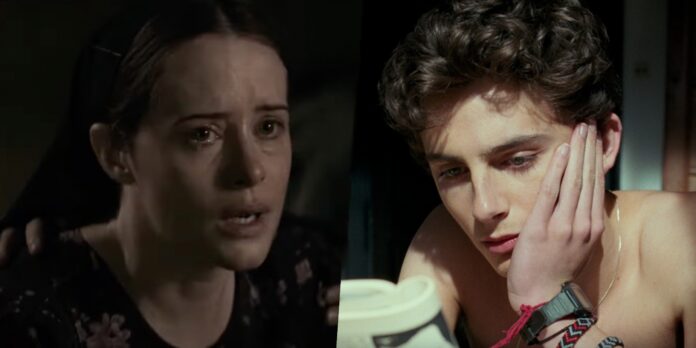 Once thought to be a potential Best Picture winner, Sarah Polley’s “Women Talking” has sadly fallen quite far in most pundits’ predictions after the first major ceremonies of this awards season released their nominations just three weeks ago. At the Golden Globes, the film only managed to gain nominations in the Best Screenplay and Best Original Score categories, weathering snubs in Best Motion Picture – Drama, Best Director, and all of the acting categories (no Jessie Buckley, Claire Foy, or Ben Whishaw). Though it fared a bit better at the Critics Choice Awards two days later, earning six nominations (Best Picture, Best Director, Best Supporting Actress, Best Adapted Screenplay, Best Score, and Best Acting Ensemble), there remained some asterisks next to its performance. For instance, Sarah Polley only managed a Director nod in a field of ten, Jessie Buckley was the only actor to earn awards consideration, and one of its nominations (Best Acting Ensemble) doesn’t even have an equivalent at the Oscars. It is specific to CCA only.

Prior to these ceremonies, “Women Talking” was seen as a top-four contender for the Best Picture Oscar alongside “The Fabelmans,” “Everything Everywhere All at Once,” and “The Banshees of Inisherin.” Now? It sits at number seven on Next Best Picture’s predictions. Polley, meanwhile, has fallen to sixth in the combined Best Director predictions, while only Jessie Buckley remains in our Best Supporting Actress top five (at number two), with Claire Foy on the outside looking in at no. eight. Thankfully, the film is still sitting pretty at the top in Best Adapted Screenplay, and Hildur Guðnadóttir holds firm in the runner-up position in Best Original Score. But elsewhere, there is no other category where it ranks in the top five. “Women Talking” has taken the biggest hit in the crafts categories as of late. Although it was never seen as a sure contender outside of the acting and writing line-ups, there was initial hope that it might overperform and, perhaps, secure nominations in Best Costume Design or Best Film Editing. But, as it continues to plummet in the Best Picture rankings, those possibilities dissipate, and we’re left with less hope for its performance with the guilds, which are essential for helping it make up ground.

At this juncture, the most likely Oscar nomination haul for “Women Talking,” v at the time of this writing, looks to be Best Picture, Best Supporting Actress (Buckley or Foy), Best Adapted Screenplay, and Best Original Score. It is not entirely implausible to think that Sarah Polley will make a comeback in the Best Director category (she would probably need a DGA nomination for this to occur) or that Buckley and Foy can become a package deal again following a solid showing at SAG and/or BAFTA. But for now, those four nominations seem to be the safest bets. While this may be disappointing to some who initially had higher hopes for the film’s awards prospects, there is still one bright spot that should help us keep the faith alive: Sarah Polley herself. The fact that Polley is currently so far out and ahead in the Best Adapted Screenplay race that there’s only a very minute chance that any other movie can catch up to it in the coming months. And she even has history on her side to help us feel more confident.

In January 2017, Luca Guadagnino’s “Call Me by Your Name” premiered to rave reviews at the Sundance Film Festival overwhelmingly and became an instant Oscar frontrunner, cited as a contender for nominations (and even wins) in Best Picture, Best Director, Best Actor, Best Supporting Actor (for Armie Hammer and Michael Stuhlbarg), Best Adapted Screenplay, Best Cinematography, and Best Original Song. Even at the start of the fall festivals, it maintained this momentum, frequently being seen as a top three Best Picture contender (alongside Christopher Nolan’s “Dunkirk” and Guillermo del Toro’s “The Shape of Water“) until Martin McDonagh’s “Three Billboards Outside Ebbing, Missouri” shocked everyone by winning TIFF’s People’s Choice Award. But, as the season went on, it started missing nominations. This made it clear that broader voting bases weren’t connecting with the film as much as critics.

At the Golden Globes, the film only earned three nominations (for Best Motion Picture – Drama, Best Actor in a Motion Picture – Drama, and Best Supporting Actor – but only for Hammer), missing in Best Director, Best Screenplay, and Best Original Song. At the Critics Choice Awards, it did manage to nab all the nominations it was once expected to, securing eight nominations total. But once the bleeding had started, it couldn’t be stopped completely, and more bad news awaited when SAG only nominated Timothée Chalamet and not Armie Hammer or Michael Stuhlbarg. It bounced back slightly at the BAFTAs, receiving four nominations total (for Best Film, Best Director, Best Actor in a Leading Role, and Best Adapted Screenplay). Still, once again, Hammer and Stuhlbarg were left out of the Best Supporting Actor line-up, and the film was a no-show in Best Cinematography.

Heading into the Oscars, although there remained an outside chance for Luca Guadagnino making a comeback in Best Director, most pundits only felt confident of the film’s chances in three categories: Best Picture, Best Actor, and Best Adapted Screenplay. But they did hold hope for it in a fourth (Best Original Song, for Sufjan Stevens’ “Mystery of Love”), which it did end up securing. Though this was a disappointing outcome for those who remembered when the film was once positioned in the Best Picture race, the one silver lining to its performance all season long was its continued strength in the Best Adapted Screenplay category, with screenwriter James Ivory winning at the Critics Choice Awards, BAFTA, and WGA. Now one may ask, what helped Ivory stay ahead in Best Adapted Screenplay as the film slipped elsewhere? Well, the fact that it was considered a ‘weak’ Best Adapted Screenplay line-up, with no other Best Picture nominees in contention (“The Disaster Artist,” “Logan,” “Molly’s Game,” and “Mudbound“), making Ivory’s win all but guaranteed by Oscar night. Sound familiar?

We’ve long lamented that this season’s crop of Best Adapted Screenplay contenders is pretty paltry, with a consensus five that’s stuck almost everywhere (“Women Talking,” “Glass Onion,” “She Said,” “The Whale,” and now, “Living“). Though there is a path for films like “Top Gun: Maverick,” “All Quiet on the Western Front,” and even “White Noise” to pop up, this is what we’re looking at for the time being. And of that quintet, “Women Talking” is by far the most likely film to earn a Best Picture nomination. There is a chance “Glass Onion” ends up in the Best Picture top ten (it is at number 10 in Gold Derby’s combined Best Picture predictions right now and just sitting outside of NBP’s ranking), but its place is far from secure. Should it get into Best Picture in the end, we’ll likely have to take it more seriously here as a contender for the win. But if it doesn’t? Polley could win this in a walk, following James Ivory’s footsteps. And to continue the parallels between “Call Me by Your Name’s” and “Women Talking’s” Oscar performances, despite both stumbling later into the season, the former film ultimately managed to secure four nominations (in Best Picture, an acting category, Best Adapted Screenplay, and a music category), which is…exactly what “Women Talking” is trending towards (but swap Best Actor for Best Supporting Actress and Best Original Song for Best Original Score).

What do you think? Do you think Sarah Polley remains ahead in the Best Adapted Screenplay race despite “Women Talking” stumbling elsewhere? Or do you think Rian Johnson will come in from behind and claim that Oscar is his own? Please us know your thoughts in the comments section below or on our Twitter account, and check out the Next Best Picture team’s latest Oscar predictions here.