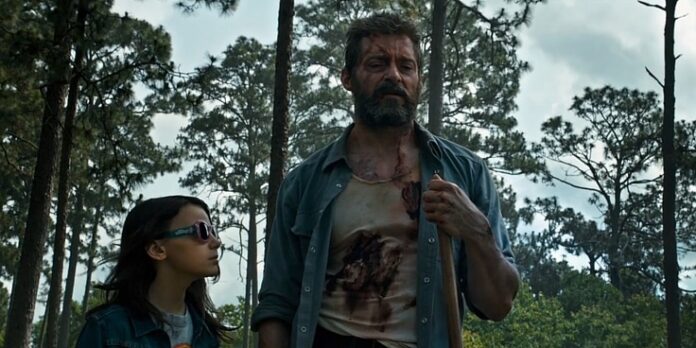 THE STORY – In the near future, a weary Logan cares for an ailing Professor X in a hide out on the Mexican border. But Logan’s attempts to hide from the world and his legacy are up-ended when a young mutant arrives, being pursued by dark forces.

​Every couple of years, there is a superhero film that changes the game. Superhero films and Marvel in general, have received their fair share of criticism from many and myself included for being too predictable and a blatant cash grab to simply set up the next film. “Logan” breaks those boundaries and claws its way into film history by daring to be different. In doing so, it has now become the best and most transcendent superhero film since “The Dark Knight.” It may be Hugh Jackman’s swan song as the rough and tough reluctant hero but what he and director James Mangold pull off here is nothing short of magnificent.

“Logan” takes place years after the world’s final mutants are all but extinct. The only two to have seemingly survived seem to be former X-Men, Wolverine/Logan (Hugh Jackman) and Professor Xavier (Patrick Stewart). The once indestructible mutant with super healing powers, which are now slowly failing, is working as a limo driver in Texas to take care of his once all-powerful mentor, Charles Xavier. Logan is hiding him south of the border in Mexico along with the help of another surviving mutant named Caliban (Stephen Merchant) who can sense and track other mutants. Logan knows, despite Xavier’s failing health, that he is still valuable to many government agencies such as Transigen (Boyd Holbrook & Richard E. Grant), who see his mind as a weapon of mass destruction. When a mysterious, young girl named Laura (Dafne Keen) enters into Logan’s life, he embarks on one final mission to avoid Transigen, save the people he cares about and find redemption for himself.

I want to take a moment here to first praise Hugh Jackman who has owned the role of Logan/Wolverine for the last seventeen years. This being his last time playing the character, he gives not only his best performance as the now iconic character but one of the best performances of his career which in my opinion, should not be written off come awards time. It’s physical, it’s emotional, it’s reflective and it totally lets loose in all of its R-Rated glory. Same goes for Patrick Stewart as Professor Xavier, who now nearing the end of his life and his once brilliant mind slipping away has an incredibly emotionally affecting role as the father figure to Logan. Their relationship is the beating heart of Logan. Coming in at a second place though in terms of emotion is the relationship between Laura and Logan. Dafne Keen gives a tremendous youth performance here as the mute and mysterious mutant that speaks to Logan’s conscience just as much as Professor Xavier does. This trio of performances helps to elevate “Logan” to a higher level. It’s just a shame that the film lacks a compelling enough villain, even though there are two here, to help balance things out.

However, “Logan” does not need a strong villain to go against Wolverine, as this film is more of an internal battle and character study for its lead character, helping to push it away from the standard superhero conventions. James Mangold does not direct “Logan” as just another Marvel entry in a long line of standard studio releases. This is a western that functions as a dark character piece with seventeen years of pain and buildup, leading up to one final film for the hero we have all grown up loving. Ultimately, “Logan” is a film about redemption and hope, in a bleak and dark world. It’s the end game and the stakes have never felt as real as they do here. Are you tired of thinking that the heroes will surely survive, so the studio can make the next sequel? Well, if you’re tired of the formula, then “Logan” is the film for you. It’s a game changer and James Mangold should be commended for directing what is not only one of the best superhero films of all time but a great movie all on its own.

Dark, bloody (Extremely so), and passionate towards its leading character, “Logan” is pure fan service and a tremendous sendoff for a character that has given us such joy over the years as we have seen him struggle, grow, get broken down and built back up again. “Logan” reaches new heights in terms of storytelling for the superhero genre that will continue to push the boundaries as to what we can expect from Marvel and other studios. It also features Hugh Jackman’s best performance as the former X-Man with a long and tormented history that lends itself well to a modern western storytelling model. If you never thought that the superhero genre could ever be interesting again, look no further than “Logan.” After seventeen years, comic book fans, X-Men fans, Wolverine fans and fans of the movies in general should be thankful for what James Mangold, the cast, and crew have given us here. So on behalf of all of them I say, thank you, James Mangold. Thank you, Patrick Stewart. And thank you, Hugh Jackman. You have done Wolverine/Logan proud.