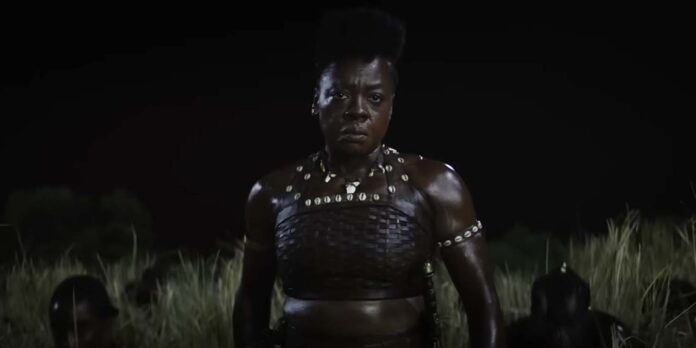 After a slew of desolate weekends at the box office, a trio of new wide releases brought some much-needed vitality to the marketplace.

Sony’s “The Woman King” stormed the first place spot with a robust $19 million opening. Pre-release tracking placed the film around the mid-teens, but the glowing reviews and strong marketing campaign drew a healthy audience (the film is hovering around 94% on Rotten Tomatoes). The Viola Davis-led actioner harkened to old-school ancient war epics like “Gladiator” and “Braveheart: in its mix of history and crowd-pleasing heroics. For a film of this genre to connect in the modern marketplace is a huge win – and I hope it inspires more gun-shy studios to take a chance on adult-oriented vehicles. With a mid-sized $50 million budget, “The Woman King” should perform as a sturdy holdover during the next month or so. I’d predict a final domestic gross as high as $75-$90 million, with $100 million domestically not being out of the question if award buzz starts to pick up. The film will begin its international rollout throughout October.

Last weekend’s word-of-mouth breakout, “Barbarian,” parlayed its strong buzz for a healthy second weekend. The twist-centric thrill ride earned $6.3 million, easing only 40% from last weekend’s above-expectations $10.5 million debut. It’s great to see two critically-beloved features like “Barbarian” and “The Woman King” connect with mainstream audiences (it’s one of the best-reviewed horror films of the year at 92% on Rotten Tomatoes). The Zach Cregger-directed feature is another case of horror films being the safest bet in the industry. With $20.9 million so far on an economical $4 million budget, “Barbarian” is already a victory for distributor 20th Century Fox. Don’t be shocked if the film can climb as high as $35-$40 million domestically when it’s all set and done.

Six months after distributor A24 struck promising results with “X,” the distributor enjoys another prosperous opening with its horror prequel “Pearl.” The feature from horror auteur Ti West grossed $3.1 million in its 2,993 theater debut. This opening showcases a roughly 25% decline from “X.” Honestly, I would consider that decrease a good result. The technicolor-inspired “Pearl” lacked the appealing slasher angle of “X” – not to mention the film also requires viewers to be aware of the original in the first place. For A24, the studio continues to draw strong results from its auteur-driven projects this year (“Bodies Bodies Bodies” and “Everything Everywhere All At Once” are other standouts). Greenlighting a prequel of this nature before “X” even came out could’ve been risky on paper, but the studio won its bet on West and his clever utilization of “X’s” already-built sets. With a minuscule $1 million budget, “Pearl” already performed well enough to greenlight the third film in West’s niche franchise, “MaXXXine.”

Distributor Searchlight Pictures also achieved positive results with their arthouse-wide release “See How They Run.” The Agatha Christie-inspired whodunit earned $3.1 million in its 2,404 theater debut. A sturdy $1,289 per theater average is nothing to scoff at for a project that received a modest marketing push. Compared to other Searchlight titles since Disney took the Fox reigns, the results are slightly above the nationwide expansion for Wes Anderson’s “The French Dispatch” ($2.7 million) and “The Night House” ($2.9 million) in its debut.

It’s no secret Searchlight has moved to a mix of theatrical and streaming releases, with the latter stemming from a partnership with Hulu. While none of their theatrical projects are major success stories, indie studios like Searchlight must remain dedicated to keeping obscure titles viable for the big screen. “See How They Run” marks a solid performer for Searchlight as the studio looks ahead to the release of potential award staples like “The Banshees of Inisherin” and “Empire of the Light” in the fall.

Elsewhere, other distributors debuted limited-release titles with mixed results. The surrealist David Bowie documentary “Moonage Daydream” earned an encouraging $1.2 million in its 170 theater limited release. The title played primarily in premium IMAX theaters, but expect distributor NEON to try their hands at a broader theatrical push over the coming weekends. The faith-sports drama “Running the Bases” fell flat with $545,500 in 1,080 theaters, while the hybrid releases of “God’s Country” ($300,000) and “Confess, Fletch” ($260,000) floundered. I am still befuddled that distributor Paramount decided to dump a franchise reboot of Fletch without any real marketing push.

Next weekend brings the debut of the controversial Olivia Wilde project “Don’t Worry Darling” and the 4K re-release of “Avatar.” I will go on a limb and predict “Don’t Worry Darling” to soar above its $20 million expectations with a debut in the $27-$32 million territory. Despite some mixed reviews and controversy behind the scenes, I think the star-studded cast and commercial premise will be enough for the film to connect with mainstream audiences. “Avatar” will likely earn $3-$6 million at most in its nationwide re-release.