Does “Braveheart” Hold Up 25 Years Later? 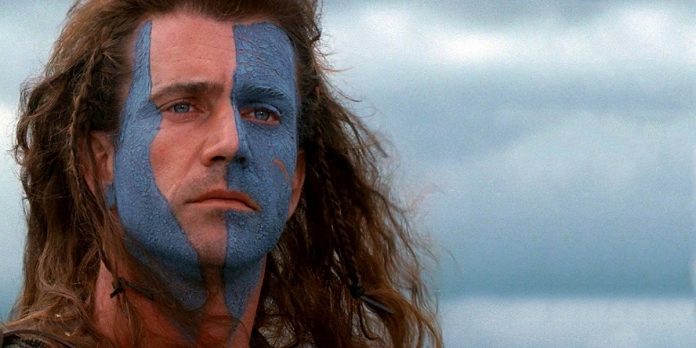 “Braveheart” was released in cinemas across America 25 years ago on May 24, 1995. The film received mostly positive reviews and made millions of dollars, eventually going on to win the Academy Award for Best Picture, amongst others. The three-hour-long epic set the stage for other epics to follow and is remembered fondly by many who have nostalgia for cinema of the 1990s. The film even led to increased tourism in Scotland as moviegoers wanted to visit the places they had seen in the film. But how does “Braveheart” hold up 25 years later, as a film and as a Best Picture winner? I was only a year old when the film was released and made it this far in life without seeing it, so I decided to look at it with fresh eyes and explore its legacy.

“Braveheart” tells the tale of William Wallace and how he led a Scottish army against King Edward I of England in the First War of Scottish Independence in the late-13th century, or at least it claims to. Most critics liked the film, though even then, many people pointed out the total lack of historical accuracy. Roger Ebert gave it 3.5 out of 4 stars, calling it “an action epic with the spirit of the Hollywood swordplay classics and the grungy ferocity of ‘The Road Warrior.’” There were, of course, detractors including Richard Schickel of “Time Magazine”. But the film made over $210 million worldwide and was the 13th highest-grossing film of 1995.

While the battle scenes are incredibly impressive, the rest of “Braveheart” left something to be desired on my first watch. Mel Gibson’s terrible Scottish accent has been much maligned since the film’s release and it lives up to its terrible reputation. (In the film, the king remarks, “The trouble with Scotland is that it’s full of Scots.” Perhaps the trouble with “Braveheart” is that it isn’t.) The film has pacing issues and can even seem boring in between the battle sequences. Its treatment of its female characters is fairly abysmal and the King’s son, the future Edward II, is portrayed as effeminate and hinted at being gay with seemingly negative connotations.

The score and the scenery (of the Irish countryside shot by Oscar winner John Toll) are great and Gibson’s performance is serviceable, with his execution scene being genuinely moving. The battle scenes are epic, having a feat of scale and Gibson certainly can come up with lots of creative ways for people to die. However, the film almost feels like it was made in the 1960s rather than the 1990s in how melodramatic it is. Overall, it just wasn’t the level of film that I would expect from a fairly recent Best Picture winner.

To begin with, the term “Braveheart” has been used as a name for Robert the Bruce, not William Wallace as it’s applied to in the film. Many historians have pointed out the historical inaccuracies in the costuming: Scottish soldiers at this time wouldn’t have worn kilts or painted their faces. Other historical inaccuracies are sprinkled throughout essentially every scene. Wallace wasn’t a peasant, but rather a member of the gentry, and the English had only invaded Scotland a year before Wallace’s rebellion, rather than during Wallace’s youth as is shown in the film. Princess Isabella of France certainly didn’t have an affair with Wallace, particularly as she was only a few years old during the time of his rebellion. (My favorite inaccuracy is the lack of a bridge in the Battle of Stirling Bridge.) Certainly, many films take liberties with history in their portrayals of events and people, but when a movie is so far off, it raises a question of why they bothered naming their fictional characters after real people at all.

​The largest blight on the legacy of “Braveheart” might be director and lead actor Mel Gibson’s fall from grace due to anti-Semitic comments, an arrest on DUI charges, and allegations of domestic violence. Gibson has a history of homophobic, sexist, and racist comments. In 2004, the Anti-Defamation League spoke out against the portrayal of Jewish people in “The Passion of the Christ”. Two years later, anti-Semitic comments he made while being pulled over for speeding and drinking under the influence surfaced. In 2010, he was accused of domestic violence by his partner which led to his agency dropping him, actors pulling out of films with him, and his cameo in “The Hangover Part II” being canceled. He was forced out of Hollywood for several years, though he has made a comeback and even was nominated for Best Director at the Oscars in 2017 for “Hacksaw Ridge”.

More recently, the trailer for his upcoming film, “Force of Nature,” was called “tone-deaf” by many as it portrays white people fighting against a gang of Latino men during a hurricane in Puerto Rico. Despite Gibson’s return to Hollywood, many haven’t forgotten the reasons why he left. While Gibson has made a comeback, his reputation may never be what it once was, and Gibson is at the epicenter of “Braveheart,” as both its director and its star. It’s hard to separate the film from him, and for those who haven’t forgotten the reasons for his departure from Hollywood, it can color the whole movie different 25 years later.

Perhaps the worst thing to happen to “Braveheart,” in terms of its legacy, was its Best Picture win. It wasn’t originally considered a strong contender until Mel Gibson won the Golden Globe for Best Director. It was nominated for the Oscar for Best Screenplay Written Directly for the Screen (now called Best Original Screenplay), Best Costume Design, Best Sound Mixing, Best Film Editing, and Best Original Score, while it won the Oscar for Best Picture, Best Director (for Gibson), Best Cinematography, Best Sound Editing, and Best Makeup and Hairstyling. This success has turned some cinema fans against it. In 2005, “Empire” readers voted it the worst film to have won Best Picture. Personally, watching “Braveheart” and knowing it won Best Picture makes it seem like an even weaker film because I had higher standards for it than I would for an average 1990s big-budget movie.

“Braveheart” has become the boilerplate for a historical epic and has inspired many others. Some like “Gladiator” (2000) were successful, while others like “Outlaw King” (2018) and even the “sequel” “Robert the Bruce” (2019) failed to capture the same audience. But for many, love for “Braveheart” remains. This June, a commemorative Blu-ray will be released to celebrate the film’s anniversary. Does “Braveheart” still hold up for the audience who went to see it upon its release in 1995? It’s possible. Does it hold up for an audience seeing it with fresh eyes and will it be considered one of the better Best Picture winners of the 1990s? My answer: absolutely not.

How do you feel about “Braveheart?” Has your opinion of it changed over the years? Let us know your thoughts in the comments section below or on our Twitter account.