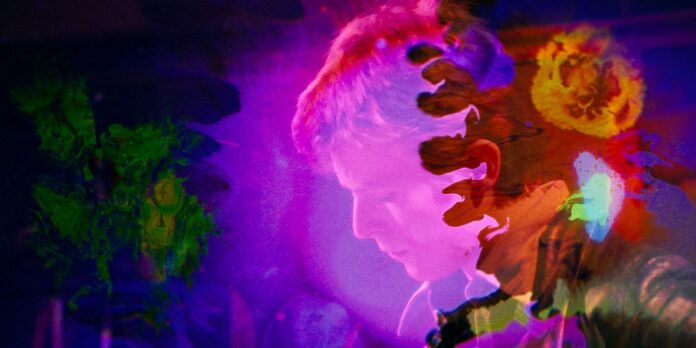 Celebrity biographical documentaries (“bio-docs” for short) have, by this point, become very expected in their form: A lot of interviews with people who knew the subject – and the subject themselves if they are still living – taking the audience on a tour through the subject’s life and career. Sometimes, readings of the subject’s writings elucidate their innermost thoughts, and interview clips put their career in further context. It’s not very difficult to make one, and since people are fascinated by the private lives of celebrities, they can be very profitable.

In “Moonage Daydream,” Brett Morgen has gone several steps further than the average bio-doc, in part because his subject, David Bowie, was not your average celebrity. An androgynous rock star who performed under the persona of an alien on earth, Bowie embodied the psychedelia and sexual revolution of the ’70s, paving the way for generations of more boundary-pushing performers to come. He was one of the defining voices of the 20th century and kept experimenting with new sounds and ideas until he passed in 2016. Morgen’s incredible film takes Bowie’s persona and influence and runs with it, creating a collage of images that include stock footage, concert footage, interview and news clips, film clips, and music video clips, alongside what looks like home movies, to tell not just Bowie’s story (told almost entirely in his own words), but the story of the twentieth century as a whole. It is, in every conceivable way, as perfect a film about David Bowie as one could possibly imagine.

The film begins almost abstractly, with images of life in the early 1900s setting up just how revolutionary Bowie’s presentation of himself was: Lots of people in dark suits and constricting dresses, safely going about their socially-prescribed lives. Bowie crashes into this world like an atom bomb, exploding that staid life into a million glittery pieces, rearranging it into something excitingly new and different. The overwhelming combination of image and sound is a lot to take in and takes a while to adjust to. Still, once the film focuses on Bowie’s performances, Morgen’s aim becomes apparent, and the film settles into a groove.

And what a groove! “Moonage Daydream” is David Bowie in celluloid form – artistic, weird, and constantly shifting its identity in a way that can only be described as psychedelic. It is an overwhelmingly cinematic experience, as pure a combination of sight and sound as could ever be achieved. In its best moments – which admittedly make up the bulk of its two-hour-plus runtime – it evokes an acid trip: a kaleidoscopic, boldly colored, and stylized montage of images soundtracked by some of the most incredible rock music of the twentieth century. The film takes its cues from Bowie directly, emphasizing images and sounds that capture not only what he was feeling in different stages of his life but what feelings he hoped to evoke in the audiences who listened to his music and saw him perform. The inclusion of stock footage of life on Earth from each era of his career heightens the story, emphasizing how life on earth was versus how Bowie envisioned it and how he changed it.

This, combined with the cinematic style Morgen uses to bring Bowie’s art to such vivid life, is what makes “Moonage Daydream” a transcendent experience. This is no average celebrity bio-doc. It taps into what made Bowie such a singular cultural force so effectively that it feels like the film that its subject would have made about themselves, a noble goal that few films aim for and that even fewer achieve. It is the film that David Bowie deserves.

<b>THE GOOD - </b>Artistic in a way that is a perfect match for its legendary subject, Brett Morten's kaleidoscopic documentary pushes the boundaries, abstractly telling the story of the twentieth century through the life and work of one of its greatest artists.<br><br> <b>THE BAD - </b>The overwhelming style is a lot to take in and difficult to get into during the long film's first act.<br><br> <b>THE OSCAR PROSPECTS - </b><a href="/oscar-predictions-best-documentary-feature/">Best Documentary Feature</a> & <a href="/oscar-predictions-best-film-editing/">Best Film Editing</a><br><br> <b>THE FINAL SCORE - </b>9/10<br><br>"MOONAGE DAYDREAM"