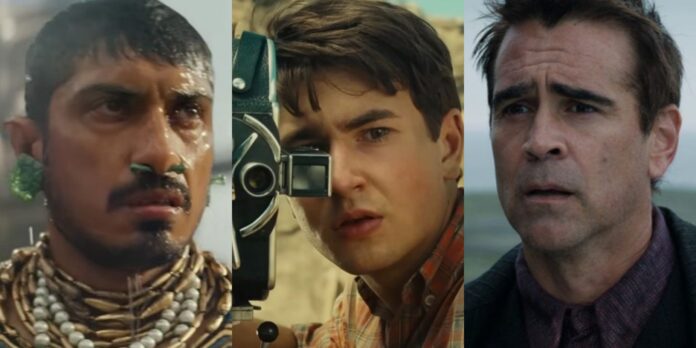 The Awards Audit is a new weekly column at Next Best Picture where we dive into the financial performance of this year’s Oscar contenders and analyze how their results impact their prospects for this awards season. On this week’s Awards Audit, one Oscar hopeful made a strong case for itself in its nationwide expansion.

On this week’s Awards Audit, a blockbuster sequel stated its case for Oscar relevance, the current Best Picture frontrunner opened in limited release, and holdovers garnered varied results from the specialty marketplace.

A successful stateside launch and a $330 million worldwide total is something for Marvel to celebrate with their long-awaited sequel, “Black Panther: Wakanda Forever.” Other experts can break down the minutiae of the sequel’s prosperous debut, but my lingering question involves its award prospects.

“Black Panther” earned three Oscar wins and seven nominations, including becoming the first superhero film to be nominated for Best Picture, treading new ground in the superhero genre. While “Black Panther: Wakanda Forever” is similarly accomplished in its astute social themes and powerhouse performances, the sequel may struggle simply due to a more competitive marketplace of mainstream releases. A series of sequels, like “Glass Onion: A Knives Out Mystery,” “Avatar: The Way of Water,” and “Top Gun: Maverick,” continue to bolster similar hype from critics and audiences. I think only two of the four at most will sneak into the Best Picture field, so it will be interesting to see which titles boast the most award appeal (NBP currently thinks it will be “Top Gun: Maverick” and “Avatar: The Way of Water,“). Expect to see it still pick up a few below-the-line craft nominations.

Another solid top-10 finish bodes well for the crown jewel in distributor Searchlight Pictures award season campaign. The film is not quite the runway breakout of writer/director Martin McDonagh’s last feature, “Three Billboards Outside Ebbing, Missouri” ($7.6 million in its first three weekends before a $54.5 million domestic finish). However, the changing pipeline for theatrical-to-streaming releases makes that an unreachable goal. “The Banshees Of Insiherin” is still performing healthy, ahead of most of its 2022-2023 Oscar competitors, and will remain relevant throughout the holidays.

“The Banshees Of Insiherin” is a significant award favorite. Nominations for Best Picture (currently ranked 4th by NBP), Best Director (ranked 6th), Best Actor (Colin Farrell is ranked 2nd), Best Supporting Actor (Brendon Gleeson is currently in 2nd while Barry Keoghan is at 6th), Best Supporting Actress (Kerry Condon is ranked 1st), and Best Original Screenplay (currently ranked 3rd) are all looking attainable for the film. It will be interesting to see if the film can capitalize on its likely nomination total for a few Oscar victories. In addition, the film will also be significantly recognized in several critic organizations’ annual awards.

“Till” is drastically petering out of its nationwide release – with a 66% decline from last week partially due to the film losing 778 theaters. The historic feature performance may deviate from the breakout hit that distributor United Artists Releasing hoped for, but “Till” is still carving respectable numbers for a feature that highlights challenging subject matter. I think UAR’s decision will pay off in the long run, providing the film with significant exposure during a lull in the theatrical marketplace.

A Best Actress win for Danielle Deadwyler’s powerful performance (ranked 2nd by NBP) remains the ultimate goal, which can be achieved if the title can maintain buzz once it reaches streaming.

Ahead of its VOD debut on Tuesday, “TÁR” rapidly exited national markets and performed in line with its modest results so far. Distributor Focus Features deserves praise for giving the film a chance in larger markets, although the film’s niche appeal and an array of competitors certainly limited the results. Nevertheless, I would not be shocked if the film remained in some theaters despite its upcoming streaming release. Potential nominations for Best Picture (ranked 7th by NBP), Best Director (Todd Field is ranked 4th by NBP), and Best Actress favorite Cate Blanchett could even lead to a re-release in the aftermath of nominations.

Distributor Universal Picture is utilizing a more patient approach than some expected before its release. The film’s nationwide expansion on November 23rd will only reach 600 theaters – a decision I see paying off in the long run as the film gradually develops word of mouth. The Thanksgiving holiday will be an ideal time to gain more interest before rolling out in theaters nationwide throughout December.

Expect “The Fabelmans” to stick around for the long run considering its title as the Best Picture frontrunner. The film is also gaining traction for Best Director (Steven Spielberg is ranked 1st by NBP), Best Actress (Michelle Williams is ranked 4th), Best Supporting Actor (Judd Hirsch is 3rd while Paul Dano is 5th), and Best Original Screenplay (Spielberg and Kushner are ranked 1st) Oscar nominations.

I also wanted to check in on the performance of two critical darlings, “Decision To Leave” and “Aftersun,” which remain compelling as award-season dark horses. Distributor MUBI is cementing “Decision To Leave” as the Best International Feature frontrunner with the film’s healthy performance in limited theaters. For “Aftersun,” distributor A24 is also quietly establishing a Best Actor case for star Paul Mescal (ranked 10th by NBP). I expect both titles to garner more buzz as they earn several prizes from critics groups.

For next week, we’ll see more Oscar contenders enter the fray in both limited and wide release. Here’s what audiences have to look forward to…

THEATERS WIDE
She Said
The Menu

THEATERS LIMITED
Bones and All
The Inspection