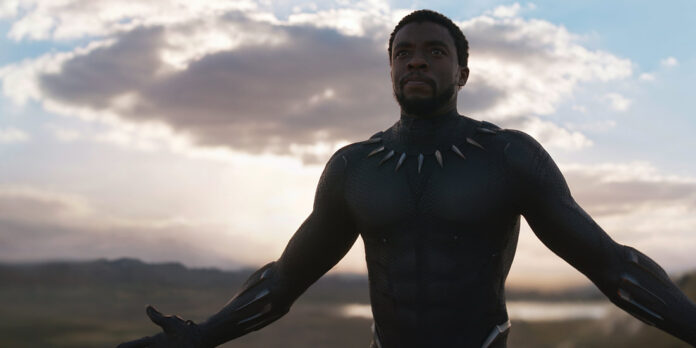 THE STORY – After the death of his father, T’Challa returns home to the African nation of Wakanda to take his rightful place as king. When a powerful enemy suddenly reappears, T’Challa’s mettle as king — and as Black Panther — gets tested when he’s drawn into a conflict that puts the fate of Wakanda and the entire world at risk. Faced with treachery and danger, the young king must rally his allies and release the full power of Black Panther to defeat his foes and secure the safety of his people.

​There is no denying it. “Black Panther” is a game-changer much in the same way “Wonder Woman” was earlier last year. The superhero genre (Arguably the most popular genre in Hollywood today) has seen a huge leap forward in terms of representation and diversity in recent years but all of this would represent nothing other than a pat on the back and an obligatory “good job” if the films were say on the same level as “Justice League.” Instead, both “Wonder Woman” and now “Black Panther” are both truly great films and much like how “Wonder Woman” made a push for awards season this year (Albeit with sadly, zero results), the king of Wakanda is stepping up and making people take notice. Based on the way my audience and critics have responded so far, writer/director Ryan Coogler (“Fruitvale Station” & “Creed”) is now officially 3 for 3 and “Black Panther” is every bit as deserving of all of the awards talk as any other superhero film that has come before it and maybe even more so.

After the death of his father in “Captain America: Civil War,” Prince T’Challa (Chadwick Boseman), the Black Panther, is to be crowned as the new king of Wakanda. To the outside world, Wakanda is a third world country with no international trading or aid. However, Wakanda is secretly the home of the largest source of vibranium – a technological substance which powers their entire hidden city and all of their technology, including T’Challa’s suit and other gadgets which come along with it. When Ulysses Klaue (Andy Serkis) an old enemy of Wakanda resurfaces, intent on taking Wakanda’s vibranium and sell it on the black market, T’Challa sets off to bring him to justice for his past crimes against Wakanda, all the while wrestling with what kind of a leader he wants to be for his people as the times continue to change compared to when his ancestors held the throne.

We knew before the film even started that Ryan Coogler had assembled one of the best casts for a superhero film of all time. Chadwick Boseman may have been introduced in “Captain America: Civil War” to the Marvel Cinematic Universe but he leads his own film here with strength, grace and a charisma that is every bit as captivating as what Robert Downey Jr. brings to his role as Tony Stark. He’s noble and wants to do what’s right for his people while he tries to carve out his own identity for himself and learn from his own father’s mistakes. “Black Panther” is very “The Lion King” meets “Game Of Thrones” but surprisingly with a bit of “James Bond” thrown in as well. This comes in the form of vibranium, which T’Challa’s sister Shuri (Letitia Wright) uses to great effect to aid him in his missions. Their camaraderie feels genuine, playful and touching as they behave just as normal brothers and sisters do. It also helps that she’s incredibly badass, just as the other women in “Black Panther” equally are. No more is this personified than in the force that is Danai Gurira’s performance as General Okoye, head of the Dora Milaje, the all-female special forces of Wakanda who serve as T’Challa’s bodyguards. Sworn defender of Wakanda, no matter who sits on the phone, her no-nonsense, powerful performance was a sight to behold. Her relationship with W’Kabi (Daniel Kaluuya), also T’Challa’s closest friend, is one that unfortunately I feel did not pay off as well as I would’ve hoped in terms of its complexity – or lack thereof – due to her allegiances and his wavering confidence in the direction and leadership of Wakanda. Had their relationship been fleshed out a little bit more, it could’ve been its own side-storyline allowing the characters to be more fleshed out and three-dimensional. It’s great to see Lupita Nyong’o working more in Hollywood, first with “Star Wars” and now with Marvel as T’Challa’s ex-girlfriend and love interest Nakia. Like the other ladies in “Black Panther” Coogler is careful to make her be just a bit more than that and more of a participant in T’Chall’sa’s struggle as opposed to a bystander. Other supporting characters who show up in “Black Panther” include Forest Whitaker as Zuri, Wakanda’s keeper of the Heart-Shaped Herb and now father figure to T’Challa, Angela Bassett as T’Challa’s mother Romanda, Winston Duke as M’Baku, the leader of a rival mountain tribe known as the Jabari and Martin Freeman reprising his role from the MCU as agent Everett K. Ross, thus subtlety connecting “Black Panther” to the rest of the MCU and also, as members on Reddit had previously pointed out, playing the “Tolkien” white guy who bumbles his way through the film to great comedic effect.

And now we come to my main issue with “Black Panther” and that is  N’Jadaka, otherwise known as Erik “Killmonger” Stevens (Michael B. Jordan). An orphan child, taken in by the CIA and trained as an ex-Navy Seal, who marks his body with every kill he has ever made, I have absolutely zero issue with his backstory, his depth as a character or the performance given by Michael B. Jordan. What did bother me, however, was how sloppily this character was introduced into the story of “Black Panther.” On paper, KIllmonger had the ability to be the best villain ever in the MCU. However, most of the film’s first half is entirely devoted to Andy Serkis (Who is also having delicious fun as such a wild character) and there is a clunky prologue involving Sterling K. Brown as Killmonger’s father that is unfocused and left as a bit of a mystery until much later in the film. A great protagonist needs a great antagonist and on paper, Killmonger is a truly great antagonist. However, he operates mostly in the shadows, so much so that when he does emerge, it feels rushed and loses much of the impact Coogler and Jordan clearly want this character to have.

“Black Panther” is a triumph of design. Whether it’s in the art direction, costumes (My god, the costumes are incredible!!!), the music (Coogler re-teaming up with Swedish Composer Ludwig Göransson who we previously worked with on his last two films), or the cinematography by now Academy Award nominee Rachel Morrison (“Mudbound”) who captures the African landscape of Wakanda so beautifully, every craft of “Black Panther” is operating at peak form to give us something that feels unique and truly separates this film from many others within the Marvel Cinematic Universe. I haven’t even begun to break down down the awesome action set pieces including the ritualistic combat Wakanda uses when crowning a new king or the technical virtuoso on display during the South Korea segment (Coogler’s love for long takes is brought back). Or the film’s racial politics in how it views colonialism, national pride and helping other countries in need to make the world a better place. It’s all here! This film is the complete package for why we go to the movies and it also sets a new bar for Marvel in what a standalone film within the MCU can achieve in terms of giving us a fully realized world and characters. What other praise do you need? “Black Panther” is a crowd-pleasing film that will undoubtedly inspire millions of moviegoers, some of whom will feel that they’re seeing themselves represented on-screen for the first time. It will be a cultural phenomenon with enormous staying power, that despite some of my own personal flaws with the film, I wholeheartedly endorse and believe it deserves. Long live the king! Wakanda forever!