Trailer – “Avatar: The Way Of Water” 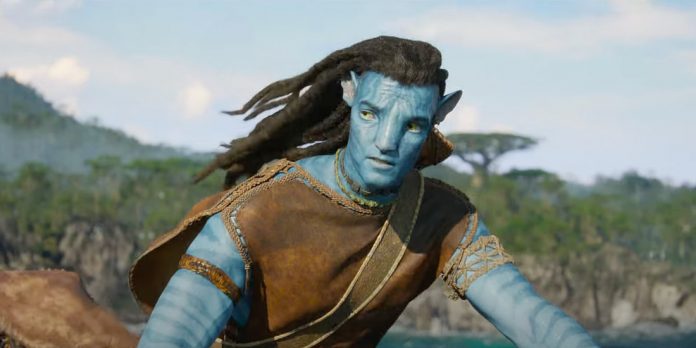 Plot Synopsis: Set more than a decade after the events of the first film, “Avatar: The Way of Water” begins to tell the story of the Sully family (Jake, Neytiri, and their kids), the trouble that follows them, the lengths they go to keep each other safe, the battles they fight to stay alive,  and the tragedies they endure. Directed by James Cameron and produced by Cameron and Jon Landau, the film stars Zoe Saldana, Sam Worthington, Sigourney Weaver, Stephen Lang, Cliff Curtis, Joel David Moore, CCH Pounder, Edie Falco, Jemaine Clement and Kate Winslet.

What do you all think of the trailer? It’s been thirteen long years since James Cameron delivered the first “Avatar” film, which broke box-office records, ushered in a new era of 3D filmmaking, and won many awards, including receiving a nomination for Best Picture at the Oscars. Many questioned whether the long break between films would sour excitement for this long-anticipated sequel. However, speaking for myself, after witnessing this teaser trailer in IMAX 3D, I cannot deny that it certainly looks dazzling. The many breathtaking shots of Pandora (particularly the water effects) reinforce how mesmerizing 3D can be when used properly, something we haven’t seen utilized by filmmakers for many years since the format went out of style a few years ago. Hearing the score also brought about a flutter of sadness due to us losing composer James Horner a few years ago. I’m sure this new film’s score will pay tribute to the work he created on the first film. All around, I’m ready, James Cameron. I’m ready to go back to Pandora and see what new storylines are in store for these characters. The studio has also announced it will re-release “Avatar” in theaters on September 23rd to get audiences ready for the sequel. What do you think, though? Let us know your thoughts in the comments section below or on our Twitter account.