Analyzing The Awards Potential For “Triangle Of Sadness” 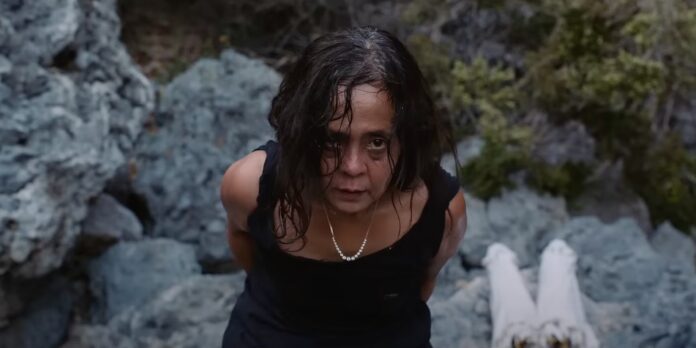 NEON’s “Triangle Of Sadness” continued its platform release last week, expanding to more cities nationwide as it garners critical acclaim and plenty of awards buzz. Many critics have raved that it is a must-see in theaters, where big laughs and other enthusiastic reactions are helping to elevate the experience. Ruben Östlund’s English-language feature debut took home the Palme d’Or at this year’s Cannes Film Festival. It was his second win of the major prize after 2017’s “The Square.” But how much weight does the Palme d’Or correlate to awards success with the Academy Awards? Let’s look at the awards potential for “Triangle Of Sadness” and how it compares to the success of previous Palme D’or winners at the Oscars.

By far, the largest driver of the awards conversation around “Triangle Of Sadness” has been for Dolly de Leon. The Filipina veteran actress has finally received her breakout moment stateside with her scene-stealing role as Abigail and has the potential to snag a Best Supporting Actress nomination. Though she doesn’t really enter the film until the final act, she commands the screen in unexpected and game-changing ways. It’s a memorable performance, to be sure. But the biggest hurdle for de Leon is the highly competitive category this year. With competition from Jessie Buckley and Claire Foy (“Women Talking“), Kerry Condon (“The Banshees of Inisherin“), Carey Mulligan (“She Said“), Hong Chau (“The Whale“), Nina Hoss (“TÁR“), and Stephanie Hsu and Jamie Lee Curtis (“Everything Everywhere All At Once“), this is a tough lineup to break into where currently it’s anyone’s race. She will need substantial critical support from the precursors if she’s going to contend this season heavily.

Despite the competition, de Leon is likely the film’s most significant awards prospect. The original screenplay by Östlund could be a contender, but some critics have highlighted the bloated nature of “Triangle Of Sadness,” which could harm its shot with the writers’ branch of the Academy. Best Original Screenplay has no shortage of contenders, either. Similarly, the Best Picture field may be too crowded for Östlund to break into, but Best Director could have space for him. While this is not a foreign-language film, he fits the mold of what the director’s branch has typically been nominating these last couple of years with nominations for Paweł Pawlikowski (“Cold War“), Thomas Vinterberg “(“Another Round“) and Ryusuke Hamaguchi last year for “Drive My Car” While it may be a long shot, I wouldn’t rule Östlund out completely, especially considering how much respect and favor he has with international voters.

Continuing the trend, precisely sixteen Palme d’Or winners have also received acting nominations at the Oscars. In the case of de Leon’s chances, it’s rare for a Palme d’Or winner to snag acting nominations without a Best Picture nomination. Only four films have achieved this: “The Go-Between” (1971), “Pelle the Conqueror” (1987), “Wild At Heart” (1990), and “Barton Fink” (1991). Coincidentally, should NEON put all their eggs in the basket for Dolly de Leon, both “The Go-Between” and “Wild At Heart” scored a Best Supporting Actress nomination and nothing else, so there is precedent for such an outcome to occur for her.

Screenplay faces a similar struggle for Palme d’Or winners if a Best Picture nomination isn’t in tow. Only four Palme d’Or winners were nominated for Best Original Screenplay or Best Adapted Screenplay without a corresponding Best Picture nomination: “La Dolce Vita,” “A Man and a Woman,” “Blowup,” and “Sex, Lies, and Videotape.” Of those, Steven Soderbergh’s “Sex, Lies, and Videotape” is the only one in English and the only Palme D’or winner to be nominated for its screenplay and no other Oscars.

Regardless, statistics only inform us of trends, which can always be broken. NEON has already started promoting the incredible performance of de Leon (you can listen to our Editor In Chief, Matt Neglia’s interview with her here). Other than their documentaries, “Triangle Of Sadness” should be NEON’s main priority for awards attention this year, giving the competitive campaigner a leg up as they set their sights on Oscar gold yet again. The acting categories always have a few lesser-known names, and de Leon has a legitimate path to score a nomination if the critics rally behind her and NEON capitalizes on the opportunity.

Have you seen “Triangle Of Sadness” yet? If so, what did you think of it? How do you think it will do at this year’s Academy Awards? Do you think the awards success of previous Palme d’Or winners compares? Will Dolly de Leon receive her first Oscar nomination? Please let us know your thoughts in the comments section below or over on our Twitter account and be sure to check out our latest Oscar predictions here.

Share
Facebook
Twitter
Copy URL
Previous article
The Next Best Picture Podcast – Interview With “All Quiet On The Western Front” Director/Writer, Edward Berger
Next article
The Obstacles Danielle Deadwyler & Brendan Fraser Face On The Road To An Oscar Win