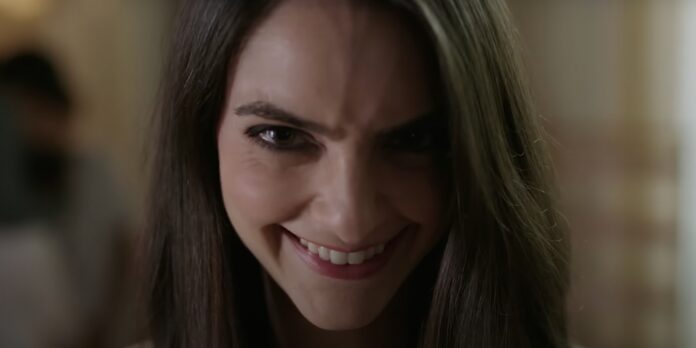 A pair of new releases underwhelmed amidst a strong slate of holdover titles at the box office this holiday weekend.

Distributor Paramount’s horror film “Smile” has enjoyed the second-best second-weekend performances of the year so far. The Parker Finn-directed scare-fest repeated at number one with a $17.6 million gross – dropping only 22% from last weekend’s debut. Studio executives at Paramount are undoubtedly smiling right now after initially planning for “Smile” to debut on Paramount+. Their well-timed release capitalized on an ingenious viral marketing campaign and glowing word-of-mouth hype that hooked audiences into the original horror vehicle.

With $49.8 million so far on a $17 million budget, “Smile” is another mark in the win column for Paramount following the successes of “Top Gun: Maverick” and “The Lost City” earlier this year. It will be fascinating to see how “Smile” holds up next weekend against “Halloween Ends,” but I still expect the former to close with around $75-$90 million domestically by the end of its run. The film has also earned an impressive $89.8 million worldwide gross, a total that should inspire some sequel talks.

Opening in second place is the Sony-led family film “Lyle, Lyle, Crocodile.” The film debuted with $11.5 million in its 4,350 theaters. Among recent live-action family films, “Lyle, Lyle, Crocodile” did not reach the heights of “Clifford the Big Red Dog” ($16.6 million in its streaming-theatrical hybrid release) or “Dog” ($14.8 million). It’s not exactly a winning result, although the 60-year-old source material and lack of bankable actors did present impediments to the film’s performance. I also expect “Lyle, Lyle, Crocodile” to hold up well over the coming weekends, especially given the lack of other family films set to hit theaters. With a $50 million budget, “Lyle, Lyle, Crocodile” is neither a hit nor an outright disaster for Sony. A final domestic total in the $35-$40 million range seems like a best-case scenario, so the studio will rely on international box office/VOD numbers to make a profit.

The David O. Russell Oscar hopeful “Amsterdam” debuted with even worse results. The 1930s-set screwball film floundered with $6.5 million in third place. Despite a who’s who of actors, including Christian Bale, Margot Robie, John David Washington, and Taylor Swift, “Amsterdam” lacked the marketability to break out of the rigid adult marketplace. It didn’t help that the film also bellyflopped in its award aspirations, with a 34% score on Rotten Tomatoes killing its Oscar campaign before it even started. With an $80 million production budget, “Amsterdam” is one of the year’s biggest box office bombs to date. I can’t say I am sad to see a David O. Russell film fall flat on its face, but results like this will sadly reinforce the notion that adults don’t show up as actively to the theater.

Following a disappointing debut, “Bros” continued its struggles with a $2.1 million gross in eighth place. Writer, director, and star Billy Eichner articulated a pretty astute thesis on why the film underperformed. Factors like the decline of studio comedies theatrically and the lack of marketable movie stars are undoubtedly prominent. Still, I also agree with Eichner that some mainstream markets are less accepting of LGBTQ+ films. Nevertheless, I hope the film eventually discovers an audience on VOD because it’s one of the best crowdpleasers of the year so far.

Here’s the rest of the Top 10 for this weekend…