Will “All The Beauty And The Bloodshed” Become The First Documentary Nominated For Best Picture? 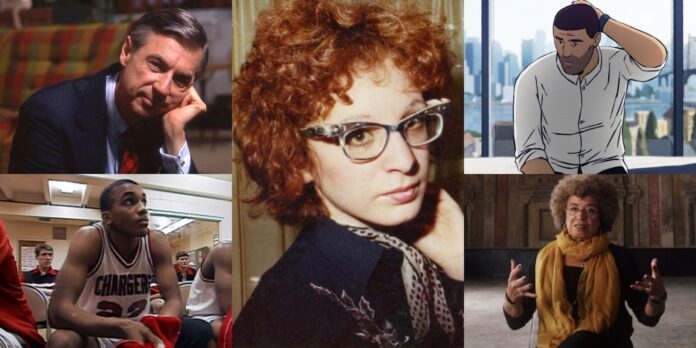 Few films have gotten off to a better start in their awards season campaigns than Laura Poitras’ new documentary “All The Beauty And The Bloodshed.” The film had its world premiere at the Venice International Film Festival, where it won the prestigious Golden Lion for Best Film. Shortly after, it was announced that NEON would acquire the film for U.S. distribution rights. The film would go on to play as a secret screening at the Telluride Film Festival, play at the Toronto International Film Festival, and then play as the Centerpiece film at the 60th New York Film Festival (a rare spot for a documentary to play in at the film festival). It is the only film to screen at all four of the major fall film festivals this year. With standing ovations, rave reactions, and reviews from the press and the public, the time has come to ask, “Could this become the first documentary to be nominated for Best Picture at the Oscars?”

To date, no documentary has ever been nominated for the Academy’s top prize. But not many other documentaries have ever had such an impressive initial response as Poitras’ film has. She is already a respected filmmaker with an Academy Award to her name for her thrilling 2014 documentary “Citizenfour.” She has been a vital voice in the filmmaking community, both politically and socially, as her films have a sense of urgency and thematic resonance that few others can match. “All The Beauty And The Bloodshed” is no exception. The biographical telling of Nan Goldin’s life story through her artful photography and insightful audio interviews cross-cuts her current fight against the Sackler Family, the primary orchestrators behind the ongoing opioid epidemic. It’s a story servicing multiple purposes, and each one is achieved successfully through Poitras’ steady hand while lending itself as another essential piece of storytelling for today’s contemporary audience currently gripped by an ongoing epidemic which, if an Academy voter has not been personally affected, they probably know someone who has.

There are no Academy rules which prohibit documentaries from competing for Best Picture or any other Oscar categories. Sometimes they’ll be ruled ineligible for certain categories, such as Best Costume Production Design, but this is more on a case-by-case basis. Documentaries still have to overcome the giant hurdle of the acting branch of the Academy if they are to receive more Oscar recognition, given their non-fiction storytelling which prohibits actors from doing precisely that, acting. Sure, an actor could be cast for re-enactments, but no one will take that seriously for voting consideration, and therein lies the problem. The acting branch is still the biggest branch of the Academy, and without them being primarily featured in the film they’re considering for an Oscar nomination, documentary films often get regulated to their respective category, Best Documentary Feature. There’s no reason why the Academy shouldn’t be, at the very least, considering documentaries for other categories.

Although none of these nominations were converted into wins (most likely due to vote splitting), the rise in popularity of documentary filmmaking with the general moviegoing public due to accessibility via streaming services has led to an awareness of the art form never seen before. What else could be next for documentary films at the Academy Awards? Suppose a documentary film can manage to be nominated for Best Documentary, Animated, and International Feature all within a single year. Why would that film not be counted by the Academy amongst the ten best films of the year for Best Picture?

As mentioned earlier, voters (specifically actors) sometimes need to be convinced of a film’s legitimacy to be among the conversation for a Best Picture nomination. One way this can happen is when the prominent film critics groups chime in with their end-of-year awards and help bring awareness to certain films. Such unity amongst these groups can help create an overwhelming case for why a film should be placed at the top of a voter’s screener pile. The three most respected and important groups which garner the most attention each year are the New York Film Critics Circle (NYFCC), the Los Angeles Film Critics Association (LAFCA), and the National Society Of Film Critics (NSFC). To date, neither one of these three groups has ever bestowed their Best Picture (or Best Film) prize to a documentary. But we saw just last year how their alignment on “Drive My Car” helped propel that film towards its Best Picture nomination outside its expected Best International Feature Film nomination (which it eventually won). While it’s unlikely the same could happen this year for “All The Beauty And The Bloodshed,” it’s not out of the realm of possibility for the film to be recognized by at least one of these three groups with their Best Film prize at the end of the year. Even winning one and being able to declare itself the first to do so would be another impressive notch in the belt for this film as it gears up for its theatrical rollout.

“All The Beauty And The Bloodshed” will open in New York on November 23rd after it plays at various other film festivals. Then it will open in Los Angles on December 2nd, with additional markets to follow on December 9th. It will eventually be available to stream afterward through HBO Documentary Films. Poitras’ film is going to have a long shelf life, not just through awards season but beyond as well. The emotional story of Nan Goldin and her current war to hold the Sackler family accountable for the opioid crisis is one that has the potential to strike a chord with many Oscar voters. While a Best Documentary Feature Oscar nomination is all but assured (even with the category’s notorious reputation for “snubbing” recent frontrunners such as “Jane,” “Won’t You Be My Neighbor?” and “Apollo 11,” Poitras’ film is the kind of story and filmmaking the branch typically responds to), the momentum “All The Beauty And The Bloodshed” has already accumulated, plus the increased awareness of documentary films in the public consciousness which has undoubtedly led to increased Academy recognition over the last decade, NEON might make Oscar history yet again (just as they did with “Parasite” three years ago) and score the first Best Picture nomination for a documentary film.

What do you think? Do you see a path for “All The Beauty And The Bloodshed” to be nominated for Best Picture? Have you seen the film yet? If so, what did you think of it? Please let us know your thoughts in the comments section below or on our Twitter account, and check out our latest Oscar predictions here.