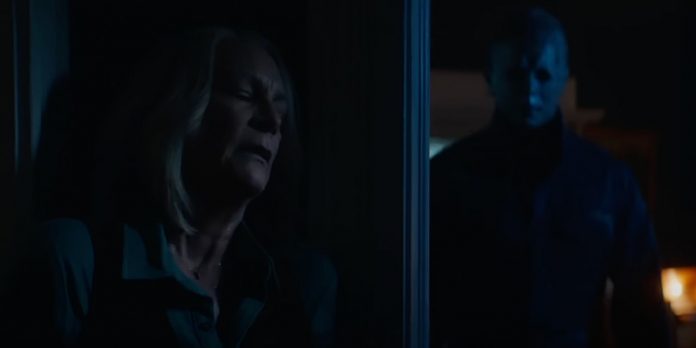 Plot Synopsis: This is Laurie Strode’s last stand. After 45 years, the most acclaimed, revered horror franchise in film history reaches its epic, terrifying conclusion as Laurie Strode faces off for the last time against the embodiment of evil, Michael Myers, in a final confrontation unlike any captured on-screen before. Only one of them will survive. Four years after the events of last year’s “Halloween Kills,” Laurie is living with her granddaughter Allyson (Andi Matichak) and is finishing writing her memoir. Michael Myers hasn’t been seen since. Laurie, after allowing the specter of Michael to determine and drive her reality for decades, has decided to liberate herself from fear and rage and embrace life. But when a young man, Corey Cunningham (Rohan Campbell), is accused of killing a boy he was babysitting, it ignites a cascade of violence and terror that will force Laurie to finally confront the evil she can’t control, once and for all.

What do you all think of the trailer? I was mixed about Gordon Green’s 2018 “Halloween” but remained optimistic for its sequel, “Halloween Kills,” especially after it received a screening slot at last year’s Venice International Film Festival. However, despite a high body count, I was sorely let down by the film’s logic and tone, leading me to declare it one of the worst films of last year. While I understand people’s opinions will range widely on this franchise, I still want to root for Gordon Green to finish this trilogy and the story of Laurie Strode on a high note. I just don’t have the same level of confidence I once did. So, while the trailer is undeniably entertaining as it shows Laurie going toe-to-toe with Michael in what promises to be their final confrontation, my guard remains high up. I’m a bit surprised by the time jump in the film’s plot synopsis, as I thought all three of these films would take place over the course of a single day. Will the film premiere like the first film at TIFF in the Midnight Section? That’s my guess, as some good festival buzz could go a long way to helping the film’s opening box office. Will this really be the last film in the franchise? Probably for Laurie Strode, but I think we’ll see Michael Myers again. What do you all think, though? Let us know your thoughts in the comments section below or on our Twitter account.