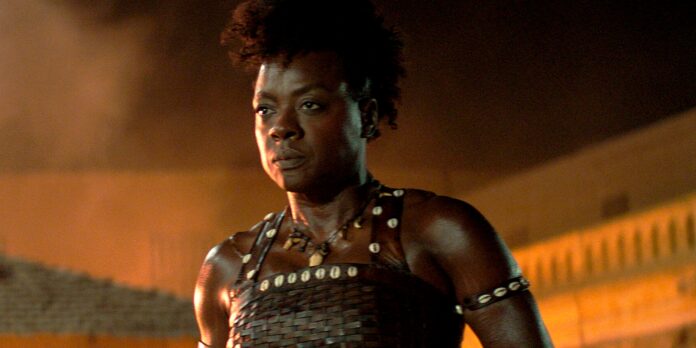 The Black Film Critics Circle (BFCC) have announced their winners representing the best in film for 2022. Here are this year’s winners…

This year’s BFCC Pioneer Award is given to Viola Davis who, to quote BFCC Member K.A. GRANT (KAGrant.com), “The Woman King was truly a labor of love for her as a producer and as an actress. Not only did she work tirelessly to bring this story to life, but she changed her physical appearance to be combat ready for the film. Her contribution is immeasurable in what she has done for black women on the big screen. Her passion, and dedication to her craft embodies the very essence of the word Pioneer.”

This year’s BFCC Rising star Award for producing, writing, directing, goes to – Adamma Ebo for her feature-length directorial debut for “Honk For Jesus. Save Your Soul” to quote BFCC Member Harrison Martin,

(FLIXFROG), “A truly outstanding film that is well-written, acted, and directed. This is a great example of improving on a short film while keeping the same message.”

Special Mention this year goes to Nikyatu Jusu, for her horror film “Nanny” which was the first horror film to win Sundance’s Grand Jury Prize, is a deeply personal look at the American immigrant experience through the eyes of its lead character Immigrant nanny Aisha.