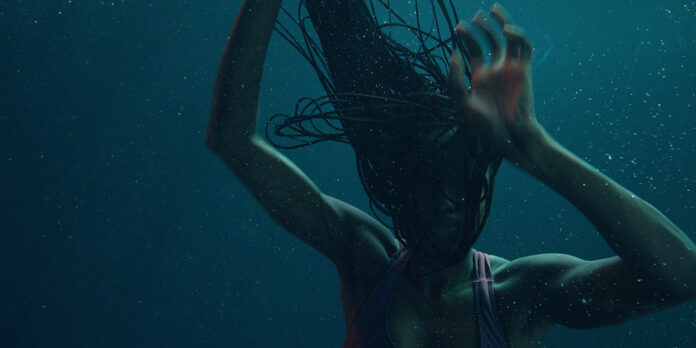 THE STORY – Aisha, an undocumented Senegalese immigrant, lands a job as a nanny of a wealthy Manhattan couple. While she easily wins the affection of their young daughter Rose, she becomes a pawn in the couple’s façade of a marriage. The mother is as controlling as the dad is disillusioned and woke. Haunted by the absence of the young son she left behind in Senegal, Aisha hopes her new job will afford her the chance to bring him to the U.S. and share in the life she is piecing together. But as his arrival approaches, a supernatural presence begins to invade both her dreams and her reality.

​When “Nanny” starts, there’s nothing supernatural about its scares whatsoever; they’re all rooted in the social struggles Aisha (“Titans'” Anna Diop) encounters as she navigates New York City as a Senegalese immigrant – struggles that are all too familiar to anyone in the Black community or any immigrant attempting to make a living in America. From the casual but brutal bigotry to the perils associated with trying to find a profession, every day feels like a battle between life and death. But when Aisha has an unexpected stroke of luck, scoring a job as the nanny of the child of immensely wealthy Upper East Side parents Amy (Michelle Monaghan) and Adam (Morgan Spector), it seems like all the chips are falling in her favor.

Such a substantial salary will undoubtedly be able to help her in bringing her son – who is still in Africa – overseas and giving him the life she’s always desired for the two of them, finally allowing her to fulfill her “American Dream.” And yet, as her relationship with the couple who hired her becomes more complicated and she starts to see spirits in this eerie environment, she realizes just how much the world works against the downtrodden and disenfranchised when they try to have their “happy ending.”

The most impressive thing about Nikyatu Jusu’s directorial debut is her dark, daring voice that fills every frame of the film. Too many burgeoning auteurs these days have “something to say” but no idea how to say it. Still, such is not the case for this star on the rise, already displaying an admirable grasp on atmosphere, particularly in how she matches the aura of Aisha’s surroundings to her psyche at any given moment. Assisted by cinematographer Rina Yang, she excels at creating climates that masterfully reflect the mood of her main characters and additionally immerse the audience in her anxiety as well, making their pain perceptible in a manner that few directors can even decades into their careers. It’s genuinely terrifying and shows that, despite “Nanny” being a race-focused horror film, this is no mere “Get Out” carbon copy, as many are banally accused of being today. Jusu already has her own signature style down pat, merging social commentary with genre chills but filtering them through her own pointed perspective that makes “Nanny” feel like a Nikyatu Jusu feature first and foremost, standing in no film’s shadow.

Jusu is aided by an astounding star turn from Diop, who roots “Nanny” in an authentic, affecting realism even as the social scares give way to supernatural spectacle. Constantly switching between two different identities – her honest, passionate self and the cordial, accommodating nanny “part” she plays at work – Diop wholly sells us on Aisha’s endless exhaust at trying to fit into a world that seems to have no space for her, bending over backward to be what others want her to be even as they keep moving the goal post. Throughout it all, she’s driven by her convincing and compassionate commitment to her son, even putting up with pestilential problems (Amy continually shorting her on her salary, Adam making aggressive sexual advances) for longer than she should in the hopes that this career will prove to be the life-changing lifeline she needs to truly “make it” here.

But how much is too much? When does she say, “enough is enough”? With Diop’s expertly mannered expressions, we see Aisha weighing her options in every scene, often settling on silence despite the mental misery it causes. The entire cast is engaging across the board – Monaghan makes for a petrifyingly perfect “Karen” type, Spector is sinisterly seductive, and Sinqua Walls is enormously enchanting as a potential paramour of Aisha’s – but this is Diop’s show through and through, and she dominates.

Where “Nanny” slightly stumbles is in its integration of these aforementioned supernatural elements, which tie into the history of Aisha’s home country and culture quite well but can sometimes feel unnecessary given the already very real enmity she’s experiencing from society. There’s not always a need for such conventional scares, as the conflict between her and Amy and Adam (or her and any others who make her assimilation into America harder than it needs to be) is chilling enough to keep us engaged.

The hasty explanation for these traditional thrills also dampens their impact a tad. Ambiguity is fine, but a complete lack of clarification can alienate the audience, even if Diop’s responses and reactions to them are appropriately riveting, as she exudes fierce “Final Girl” energy, strengthened by Bartek Gliniak and Tanerélle’s spine-chilling score. And the scares can’t be waved away entirely either, as they are essential to the film’s rushed resolution, which speeds through startling revelations and spectral encounters to wrap the story up in a semi-tidy bow when it feels like a messier finale would’ve been more fitting.

Regardless, even if “Nanny” can’t entirely stick the landing, there’s more than enough here to recommend, as Nikyatu Jusu’s daring direction and Anna Diop’s peerless lead performance make the movie a standout in the social horror space, refraining from following in the footsteps of films that have come before and charting their own original path away from these predecessors. As a thriller, it may not be as compelling as its contemporaries, but as a dark and distressing deconstruction of the myth of the “American Dream,” it’s downright damning, calling into question the way minorities are often left out of this odyssey in favor of the same faces time and time again. Even if its reach sometimes exceeds its grasp, it’s impossible not to champion “Nanny’s” audacious ambition, with Jusu’s creativity captivating crowds from the first frame to the last.