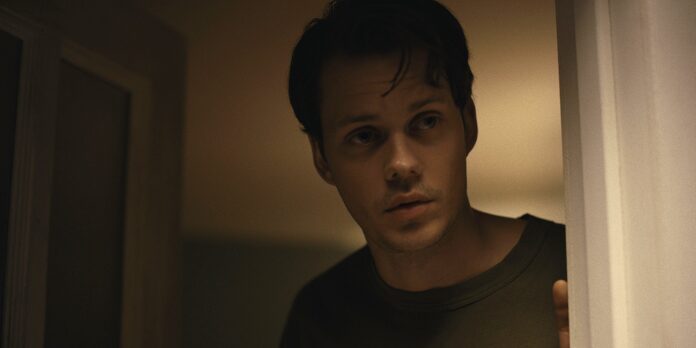 Next Best Picture’s weekly analysis of the box office and what the numbers mean for the industry, films, filmmakers, and the Oscar race is back for another week! This is a re-occurring post every Monday morning, so stay tuned for more box office information and hopefully more additions to these posts in the future.

Two new releases brought some much-needed life to the box office on a weekend that still ranks as the second lowest-grossing of the year. From the glass half-full perspective, at least this weekend’s $40.3 domestic total beat the January 28th-30th weekend tally of $34.9 million.

Leading the charge is the social media darling “Barbarian.” The Disney-Fox horror feature scored a promising $10 million in its debut – an opening that slightly surpassed the film’s mid-single digit tracking numbers. Fox was wise to take advantage of such a slow point in the theatrical marketplace. While “Barbarian” debuted only two weeks after “The Invitation,” the film’s superior word of mouth (hovering around 92% on Rotten Tomatoes) and social media buzz helped propel an improved opening from “The Invitation’s” $6.8 million start.

With a budget of $5 million, “Barbarian” marks a decisive victory for Fox at a time when the box office needs some good press. Next weekend will be a fascinating challenge as the film’s glowing critical reactions clashed against its poor C+ CinemaScore audience reception. I still think there is enough goodwill for the film to close around $25-$30 million domestically before “Smile” debuts at the end of the month.

The international release “Brahmastra Part One: Shiva” from distributor Disney also delivered strong results. The superhero title earned $4.4 million in its 810 theater domestic opening. Again, props to Disney for taking advantage of a wide gap in the September calendar. I am glad international releases like “Dragon Ball Super: Super Hero,” “RRR,” and “Brahmastra” continue to define a profitable place in the domestic calendar. The promising trend shows studios that they should not be so married to old Hollywood notions.

On a quieter note, the Kirk Cameron-led religious title “Lifemark” carved out $2.2 million in seventh place. That’s a decent performance for a Fathom Release title that received limited showtimes in its 1,531 theater rollout. The boon of religion-centered success stories in the mid-2010s feels like forever ago (“War Room” and “God’s Not Dead” earned over $60 million domestically apiece). However, the genre still generates a loyal audience. Unfortunately, the Czech-produced biopic “Medevial” burned out in its debut – only grossing a mere $810,000 despite its 1,311 theater release. Distributor Avenue Pictures Productions gave this long-delayed title little chance to succeed, considering their nonexistent marketing campaign.

Elsewhere, holdovers continue to dominate the Top 10. “Bullet Train” is holding steady at least, with $3.2 million in third place. The high-energy, R-rated blockbuster is not the success story distributor Sony likely hoped to achieve. Still, $92 million domestic/$211.8 million worldwide totals are nothing to scoff at for the $90 million production. Expect the title to crawl over the $100 million domestic mark by the end of the month. I think most would consider “Bullet Train” a slight loss considering its higher-end upside, but titles like “Bullet Train” and “Nope” deserve a more generous grading curve for opening up the R-rated marketplace.

With “The Women King,” “Pearl,” and “See How They Run” on the way, the box office receives a breath of vibrancy next weekend. The past few weekends have certainly been the subject of several critiques due to the undernourished theatrical slate.

I do think a major studio should have taken advantage of the quiet marketplace – especially during the Labor Day release period (“Lyle Lyle Crocodile” and “Ticket to Paradise” were some easy contenders). However, I do think that streamers need to play better in the theatrical waters after holding out releases like “Prey,” “Me Time,” and “Pinocchio” over the last few weeks. It doesn’t make sense that studios would deny profits since many theatrical releases perform better on streaming versus straight-to-streaming content.

As for next weekend’s releases, I expect “The Women King” to perform well with a $15-$19 million domestic debut, while “Pearl ($3-$5 million) and “See How They Run” ($1-$3 million) will perform respectably in the specialty marketplace.