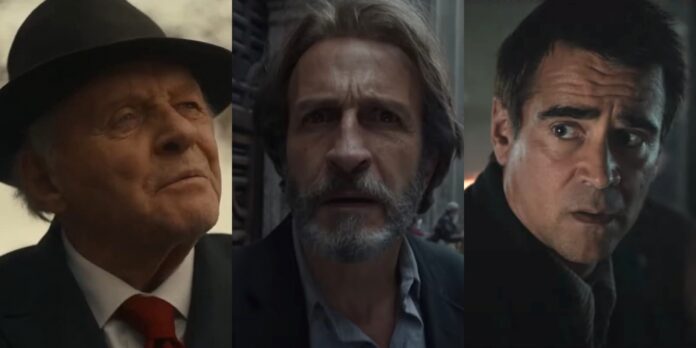 The Awards Audit is a new weekly column at Next Best Picture where we dive into the financial performance of this year’s Oscar contenders and analyze how their results impact their prospects for this awards season. On this week’s Awards Audit, one Oscar hopeful made a strong case for itself in its nationwide expansion.

It’s no secret that the recent slew of specialty release expansions continues drawing divisive results. Fortunately, writer/director Martin McDonagh’s latest project, “The Banshees Of Inisherin,” showed some vitality in its nationwide push. A $2,236 per theater average proves that “The Banshees Of Inisherin” possesses rich potential with audiences, showcasing a marketable premise enhanced by darkly comedic gags and heartfelt revelations.

Don’t be surprised if “The Banshees Of Inisherin” continues to rise in some of those predictions as the film gains significant momentum with the mainstream. The film could be a sleeping giant of sorts if its financial performance continues to match its favorable critical and audience reception.

Distributor Fox Searchlight will add a few more theaters next week as they shift their focus for the award season long haul.

Following an adequate nationwide debut, “Till” flexed some box-office strength with a healthy 31% drop from last weekend. Distributor United Artists Releasing continues to implement an aggressive theatrical push bolstered by TV advertisements and a word-of-mouth-based marketing campaign. While “Till” isn’t breaking the bank as some Oscar hopefuls have in the past, the film is carving out respectable profits, especially considering how busy the specialty market is right now.

A final domestic total in the $10-$12 million range seems likely and would be a promising final result for this painful true story of Emmitt Till. Expect United Artists Releasing to likely expand the movie back into national markets after nominations are announced. Star Danielle Deadwyler, who is currently ranked 2nd on the NBP Best Actress predictions, remains one of two frontrunners for the Best Actress race. I see United Artists continuing to push Deadwyler toward awards season glory as their primary award focus for that category.

I predicted last weekend that “Armageddon Time” would struggle in its nationwide expansion, and the results are fittingly not pretty (an $805 per theater average is underwhelming at best). Still, distributor Focus Features deserves credit for putting a challenging coming-of-age drama in national theaters despite the film’s lack of awards buzz.

I will say that “Armageddon Time” is an unmistakable casualty of the bloat of awards season. Studios operate tirelessly in their jockeying for awards consideration, but the competitive marketplace and advent of streaming releases ultimately reduce the batch of competitors’ impact amidst a crowded field.

As a result, despite garnering some acclaim and featuring a well-established cast, a film like “Armageddon Time” that doesn’t connect with award-voter sensibilities is often left to the sideline as other specialty releases battle for national attention. Perhaps a late September/early October release would’ve better suited writer/director James Gray’s personal drama.

After its middling expansion last weekend, “TÁR” continues to garner tepid responses from mainstream audiences. I doubt that award fans or even distributor Focus Feature is especially surprised by that result. However, the studio’s efforts still helped further entrench “TÁR” into the Oscar conversation.

Focus Features can still squeeze some profits and momentum from “TÁR’s” box-office run. The film’s inevitable loss of theaters should help the distributor focus on connecting with arthouse marketplaces. In addition, the glowing reviews following “TÁR’s” triumphant festival run will help the film remain an appealing specialty staple during the busy award season. The movie has established enough of a presence for star Cate Blanchett to potentially win the Best Actress Oscar (she currently holds the top spot on NBP rankings). However, the film needs to maintain relevance if it’s going to sneak into the Best Picture (ranked 9th by NBP) and Best Director (Todd Fields is ranked 4th by NBP) races.

Netflix’s ambitious coming-of-age odyssey from two-time Oscar winner Alejandro González Iñárritu debuted in limited theaters, although Netflix continues to be stingy when it comes to box-office reporting. Unfortunately for Netflix, “Bardo’s” divisive reactions from the festival circuit will likely limit the film’s potential. I expect “Bardo” to be a competitor for Best International Feature Film (currently ranked 3rd by NBP). Despite more positive notices for Netflix’s other International contender, “All Quiet On The Western Front” (ranked 2nd by NBP for Best International Film), the streamer has been steadfast in focusing most of their resources on “Bardo” for awards season. The newly re-cut version of the film just premiered at AFI to stronger notices than the initial cut that was shown at the Venice and Telluride Film Festivals. However, there’s still a long journey ahead if Netflix wants this to be regarded on the same level as “Roma” by the Academy.

Do you like this new column? We appreciate your feedback on our previous box-office columns, which is why we’re delivering this new analysis to keep track of how this season’s awards contenders are doing at the box-office. Is there anything you would like to see in future posts? But also, please tell us what you saw this weekend and what did you think? What will you be seeing next weekend? Please let us know in the comments section below or on our Twitter account.