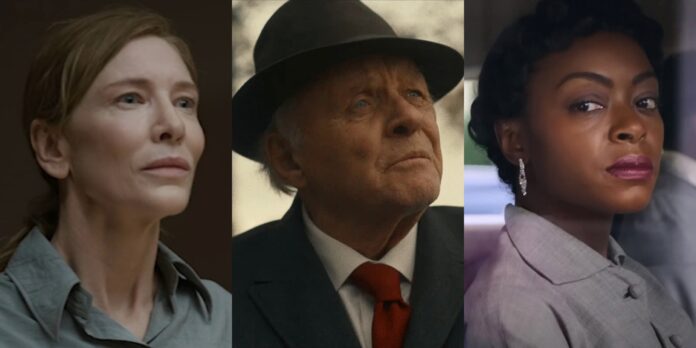 The Awards Audit is a new weekly column at Next Best Picture where we dive into the financial performance of this year’s Oscar contenders and analyze how their results impact their prospects for this awards season. On this week’s Awards Audit, several Oscar hopefuls expanded into nationwide platforms with mixed results.

Distributor United Artists Releasing took the grandest swing at the expansion plate with an aggressive push into mainstream marketplaces. I praise the studio for precisely planning this bold jump, with a slew of advertisements during prime-time sports games and this weekend’s quiet new release slate opening the door for a solid performance.

The results are on the lower end of the $2-$6 million range I projected from last weekend, although a $1,365 per theater average is respectable given the seismic theater shift. United Artists certainly was wise to take advantage of the slow weekend. Still, “Till” might’ve benefited from a more gradual expansion in hindsight. A 1,000-theater jump would have allowed the Chinonye Chukwu-directed film to build more momentum before stretching fully into most cinemas around the country.

I would still call this a win for “Till,” as positive exposure can be the difference for a movie that is on the outside looking in for significant awards like Best Picture and Best Actress. Star Danielle Deadwyler, who is currently ranked 2nd on the NBP Best Actress predictions, remains the film’s best chance for award attention. United Artists will enjoy another weekend with lackluster competition next week before shifting their focus towards playing the long game with the film as they continue to screen it for Academy voters behind the scenes.

Whereas “Till” deliberately planned each step of its national push, “TÁR” took a grand leap of faith without the same succinct strategy. Distributor Focus Features did not fear the expansion of “Till,” likely banking on their film’s glowing results in the specialty market so far. However, without an extensive marketing push and boasting a less commercial premise, “TÁR” struggled to connect with nationwide audiences – averaging a mere $938 per theater average.

The Cate Blanchett-led drama about an equally renowned and egotistical composer was always a tough sell with national markets. That said, Focus did not do the film any favors by making a 900-theater increase so soon. “TÁR” was a dominant performer in specialty markets and could’ve continued marinating momentum steadily rather than jumping out the gate so quickly. Awards season is often a marathon, not a sprint.

Still, do not sound the panic alarm yet for “TÁR” – especially on its award prospects. Blanchett is practically guaranteed to receive a Best Actress Oscar nomination and might be the favorite to win as of now (she currently has the top spot on NBP’s Best Actress predictions). As of now, the film could still sneak into the Best Picture lineup (ranked 9th by NBP’s predictions) and Best Director for Todd Field (ranked 4th by NBP). Let’s hope “TÁR” stabilizes next weekend with the lack of new releases and continues to drive conversation; otherwise, it could fall in other categories outside of Blanchett.

Distributor NEON has seemingly reached its peak with “Triangle Of Sadness,” which declined 8% from last weekend and boasted a meager $899 per theater average despite expanding into an additional 330 theaters. I can’t fault the studio for trying to maximize its profits with a sensible expansion effort, even if it did not elicit much tangible growth.

The Ruben Östlund-directed film is still flirting with some major awards potential, such as Best Picture (ranked 10th by the NBP team), Best Director (Ruben Östlund is ranked 8th), and Best Original Screenplay (Östlund’s script is ranked 5th). However, with critical support waning compared to its explosive festival run (the film is hovering around 73% on Rotten Tomatoes), I expect Best Original Screenplay to be the film’s best prospect for gaining traction throughout the award season. Whether “Triangle Of Sadness” gains prominent recognition or not, NEON should be pleased that they maximized the film’s commercial potential.

A final domestic tally in the $3-$5 million range seems likely and would be a respectable result considering the busy specialty marketplace.

Distributor Searchlight Pictures enjoyed another strong performance for Martin McDonagh’s “The Banshees Of Inisherin” after the film earned the highest per-theater average for a Fall title last weekend ($45,000 in its four-theater debut). Searchlight is wise to keep growth small at this point as several specialty titles duke it out for mainstream viewing interest.

Searchlight rightfully has all its chips in the middle for this project, and I expect them to push the film’s financial prospects to their absolute apex. Advertisements have already aired across marquee events, and the title plans for an extensive expansion across the first two weeks of November. I expect “The Banshees Of Inisherin” to retain relevance throughout the holiday season as long as Searchlight plays their cards right.

Following its solid yet unspectacular festival run, “Armageddon Time” debuted to a similarly so-so performance at the box office. Unfortunately, the passion project from writer/director James Gray about his time growing up in Queens, New York, is one of the several specialty release casualties of awards season so far, ultimately boasting no significant award prospects despite promising-enough word of mouth. It’s still flirting with the possibility of a Best Original Screenplay nomination for Gray and a Supporting mention for either Jeremy Strong, Anne Hathaway, or Anthony Hopkins, but those chances are fading. It’s hard enough for a limited-release title to break out, but the challenge becomes even grander when so many titles are available for viewers.

Distributor Focus Features will make the nationwide push next weekend for “Armageddon Time.” Don’t be surprised if the film struggles even to reach $1 million.

Do you like this new column? We appreciate your feedback on our previous box office columns, which is why we’re delivering this new analysis to keep track of how this season’s awards contenders are doing at the box office. Is there anything you would like to see in future posts? But also, please tell us what you saw this weekend and what did you think? What will you be seeing next weekend? Please let us know in the comments section below or on our Twitter account.