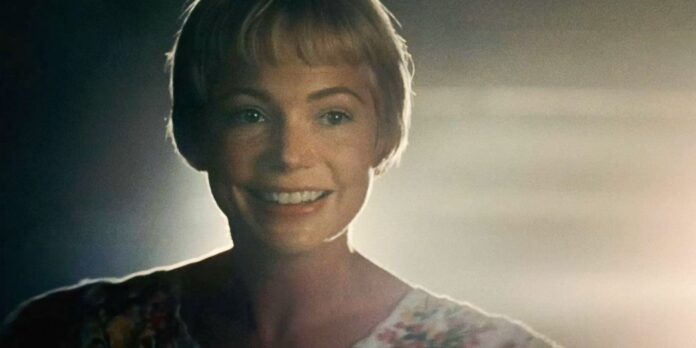 When Oscar season began, many of us check-marked “The Fabelmans” as the likely Best Picture winner, if only because Steven Spielberg and Michelle Williams seemed to be mortal locks for Best Director and Best Supporting Actress. But from the moment Williams moved into Best Actress instead, multiple races and this entire season, in general, got turned upside down to the point where “The Fabelmans” now shares frontrunner status at best, and Williams missed Best Actress entirely at SAG and BAFTA.

As such, new theories are popping up that voters will just ignore Williams’ category placement entirely and make her a Supporting Actress nominee anyway. But if they do, it may just be the catastrophic switcharoo and massive disappointment that kills any suspense left for this entire season – and taints a Best Picture win for “The Fabelmans” far more than just keeping Williams in Supporting Actress all along would have.

Right now, the biggest obstacle for “The Fabelmans” in Best Picture isn’t just “Everything Everywhere All at Once” or “The Banshees of Inisherin.” As it has been since Williams’ category switch, the biggest problem is that “The Fabelmans” is not favored to win any Oscars at all besides Spielberg in Best Director – and even that is still heavily threatened by the Daniels after they won Best Director at the Critics Choice Awards, despite Spielberg’s Golden Globe win days earlier.

Otherwise, Williams has been completely blanked in Best Actress thus far, Paul Dano and Judd Hirsch are struggling to merely get Best Supporting Actor nominations, Spielberg and Tony Kushner’s script has been a distant third or fourth in Best Original Screenplay to this point, and even a potential rally from John Williams in Best Original Score may not put “The Fabelmans” over the top on its own. As such, if “The Fabelmans” does win Best Picture, it may either have to be the first film only to win Best Picture and Best Director since “You Can’t Take It With You” in 1938, the first film to win Best Picture without any other above-the-line wins since “Rebecca” in 1940, or the first film to win Best Picture with no other wins at all since “Grand Hotel” in 1932, which could be too tall and too tough an order.

To that point, Williams’ shift to Best Actress and a seemingly inevitable loss to either Cate Blanchett or Michelle Yeoh – if she does indeed still get nominated – is the biggest, if not only, the reason we have any suspense or drama left in Best Picture, to say nothing of Best Supporting Actress and perhaps even Best Director.

And as such, that is the reason we must hope voters haven’t ruined it.
In the first place, Williams getting into Best Supporting Actress would certainly rob someone who’s been fighting to get in that category all season. It is much easier and sadder to imagine someone like Stephanie Hsu, Hong Chau, Janelle Monae, or Dolly De Leon would pay such a price for it instead of someone like Jamie Lee Curtis. Not only that, with Williams gone from Best Actress, it would surely pave the way for the most divisive nomination of the year for Ana de Armas in the critically loathed “Blonde” – although at least then she might not push Danielle Deadwyler or Viola Davis out as an added side effect.

While that would trigger some very intense arguments on nomination morning, it would be mild compared to what might then come on Oscar night, should Williams actually win Supporting Actress and pretty much singlehandedly wrap up Best Picture for “The Fabelmans” thereafter. The biggest precedent for such a shift working was in 2008 when Kate Winslet was placed into Best Actress for “The Reader” despite initially campaigning for Best Supporting Actress. In fact, that is directly how Winslet finally got her overdue Oscar in the end, just as Williams could still do if voters try this sort of thing again.

Although Williams has been completely shut out so far and has no momentum to threaten Blanchett or Yeoh, everything would change entirely if voters put her in Supporting. If that does happen, then the Best Picture/Best Director/Best Supporting Actress only combination for “The Fabelmans” that we all expected in early September would very likely happen after all. Even after all the gains that “Everything Everywhere All at Once,” “The Banshees of Inisherin,” and others have made, it would all go away in an instant in this outcome.

Of course, a category shift doesn’t automatically mean victory. It didn’t work for Lakeith Stanfield when voters shockingly made the supposed “Judas and the Black Messiah” lead a Best Supporting Actor nominee in 2020. But co-star Daniel Kaluuya was already on his way to sweeping the category by then, so Stanfield’s inclusion changed very little, except who the category’s fifth nominee would be. It would be far different for Best Supporting Actress in 2022, or at least it would be a very real threat to do so.

Ironically, this comes right as Best Supporting Actress might finally be on the verge of an actual leader. Once Williams moved, “Women Talking” was expected to take over the category with Claire Foy and Jessie Buckley, yet that and so many other things for that movie have not panned out. Then once “The Banshees of Inisherin” surged, Kerry Condon gained momentum as the top critic award winner in this category so far. But at the Golden Globes and Critics Choice Awards, Angela Bassett took the win for “Black Panther: Wakanda Forever,” cementing herself as a potential steamroller winner with the industry.

Even if Williams gets put into Best Supporting Actress, the argument could be that Bassett would be too far ahead of Williams to be caught now. Plus, thanks to Bassett, Williams would no longer be the only overdue contender, despite having several more career Oscar nominations and losses. Maybe in the end, this would all end up as a case of “too little, too late” on Williams and “The Fabelmans” part despite any last-minute assistance. But then again, if voters actually take the step to shift Williams into Best Supporting Actress, they cannot get the benefit of the doubt that they wouldn’t do anything more. Then if it came down to either Bassett or Williams getting a long overdue Oscar, it is a little hard to trust that enough voters wouldn’t shift to Williams, optics be damned – especially since her movie is a bigger Best Picture contender.

Even if “Black Panther: Wakanda Forever” has enough strength to get into Best Picture as it did at the PGAs, it alone couldn’t put Bassett over the top like “The Fabelmans” could for Williams. Condon may be a different matter if she regains momentum, yet Williams still has bigger name recognition and perhaps a more industry-friendly frontrunner on her side.
If this or something like it comes to pass, and if Spielberg does recover to win the DGA and Oscar like most of us first anticipated, then Best Picture really is over. In that outcome, it is likely over the second a Williams Best Supporting Actress nomination is announced. For those who have rooted for “Everything Everywhere All at Once,” “The Banshees of Inisherin,” or something else, or are just rooting for some level of Best Picture suspense on Oscar night, having it all end like this would be an extra bitter pill to swallow.

It would be one thing if Williams stayed in Supporting Actress all along and “The Fabelmans” dominated Best Picture on her and Spielberg’s backs since that’s how many pundits thought it was going to go months ago. It would be something else far more annoying entirely if we got a taste of something far more suspenseful, with far more potential winners to root for, only to have it all taken away by voters before the final leg of the season even started.

If voters are that disappointed to shift Williams back into Supporting Actress, they cannot be trusted not to give her a win we all pre-ordained for her months ago. Should that happen, and the biggest obstacle to Best Picture is solved for “The Fabelmans” right then and there, Best Picture can be engraved for it with hours to spare. But in that scenario, a far greater asterisk would be placed over its win than if Williams had stayed in Supporting all along.

For that reason and many others, it cannot just be pundits, scared bloggers, and scared “Everything Everywhere All at Once” or “The Banshees of Inisherin” fans who get this idea in their heads for the next few days. If voters want to preserve any level of suspense and intrigue on Oscar night, or at least spare the Academy from massive controversy, they will keep Williams in Lead whether they want to nominate her still there or not, and then let “The Fabelmans” try to win Best Picture with the path it originally chose – no matter how badly it has worked out so far. If they don’t, then at least two major races will be shattered, if not broken, to say nothing of a few potential winners and nominees. And if they don’t, an aura of resigned inevitability may well take hold in the final weeks of the season – even more so than usual and under even more questionable circumstances than usual.

Where do you think Michelle Williams will be nominated this Tuesday? Do the BAFTA and SAG snubs hurt her? Please let us know in the comments section below or on our Twitter account and check out our latest Oscar nomination predictions here.

Share
Facebook
Twitter
Copy URL
Previous article
The Next Best Picture Podcast – “The Son”
Next article
Will The Academy Recognize “Black Panther: Wakanda Forever” In Best Picture Just As They Did With The First Film?