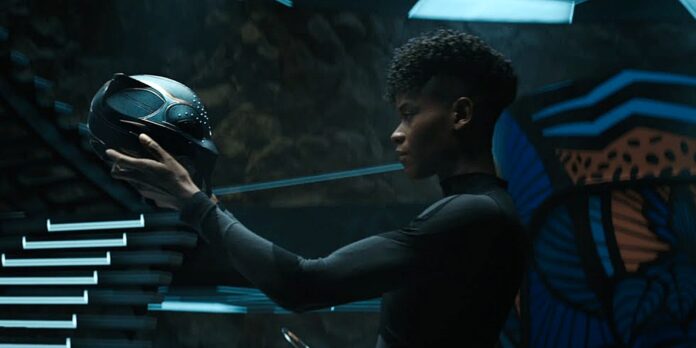 Wait…a Marvel movie getting in again? How could that happen? Well, it’s not outside the realm of possibility. In fact, there is precedent working in favor of “Black Panther: Wakanda Forever.” There will likely be a nomination for repeat Oscar winner Ruth E. Carter for Costume Design; not only did she create new costumes for the Wakandans in this sequel, but the detail she used in creating the Talokanil is also exceptional work. This is also true regarding Hannah Beachler and her production design on the sequel, which brings to life Talokan, the underwater kingdom ruled by Namor (Tenoch Huerta).

Unlike the first film, “Black Panther: Wakanda Forever” did not receive a SAG Award nomination for Best Film Ensemble; it did, however, receive a nomination for Best Film Stunt Ensemble. Fortunately, what Wakanda Forever has in its favor this time is Angela Bassett. Ever since her Golden Globes acceptance speech for Best Supporting Actress in a Motion Picture, she has shot her way above the pack as this year’s frontrunner in the Oscar race; she also won at the Critics Choice Awards. As a previous Oscar nominee for her leading role in “What’s Love Got to Do with It” nearly 30 years ago, Bassett is consistently being nominated for her raw, powerful performance as Queen Ramonda as she continues to lead her people after losing her son. Her constant presence this awards season is keeping “Black Panther: Wakanda Forever” in the conversation.

In addition to Bassett’s continued success, “Black Panther: Wakanda Forever” is predicted to score nominations in the technical categories. As mentioned, it already has previous wins in Costume Design and Production Design, to which “Black Panther: Wakanda Forever” has also received nominations in their respective guild awards. Plus, the song “Lift Me Up” – performed and co-written by Rihanna – from the sequel has steadily continued to score nominations from Golden Globes and Critics Choice. “Lift Me Up” won the award for Best Original Song in a Feature Film at the 13th annual Hollywood Music in Media Awards.

Of course, there are a few knocks against the Best Picture odds for “Black Panther: Wakanda Forever.” One of these knocks to the film’s Best Picture campaign is not receiving guild love for sound, a category it previously went on to receive Oscar nominations in sound mixing and sound editing. Not only did it fail to get recognition in sound, but “Black Panther: Wakanda Forever” failed to receive recognition from the Visual Effects Society Awards. Even in a category in which 2018’s “Black Panther” went on to win, there is stiff competition in the Best Original Score category; as good as composer Ludwig Göransson is, the music for the sequel doesn’t stand out the same way it did in the original. Repeat winners like Justin Hurwitz, Hildur Guðnadóttir, and the legendary John Williams dominate the conversation, while the score of “Black Panther: Wakanda Forever” is lost in the shuffle.

Finally, it’s also important to mention that this is one of a few sequels receiving awards praise this year. In a Hollywood landscape where sequels and franchises dominate the box office, the Academy often opts to choose original films to reflect a year in filmmaking rather than the blockbusters. While the Academy will likely not ignore the achievements of “Top Gun: Maverick” and “Avatar: The Way of Water,” it’s difficult to imagine the Academy recognizing three or more sequels in this year’s Best Picture lineup.

“Black Panther: Wakanda Forever” is not the same pop culture phenomenon that “Black Panther” was, nor could it ever be. “Black Panther” was the first film of its kind to start a primarily Black cast and to make $1.344 billion at the box office. Its sequel has so far made $837 million; with the news of China releasing both “Black Panther: Wakanda Forever” and the upcoming “Ant-Man and the Wasp: Quantumania,” it stands to earn even more. Though there is a bias against Marvel movies and sequels receiving Academy recognition, money will always talk. Making a sequel to a history-making phenomenon is already no easy feat; trying to repeat success after losing the actor starring in it is like trying to shoot a basketball into a hoop from space. It’s a big sign that the Producers Guild saw this and recognized the hurdles this production went through to be made while still managing to be a critical and box office success. With Kevin Feige and Nate Moore receiving a PGA nomination, a key precursor to predicting the Best Picture nominees, this gives “Black Panther: Wakanda Forever” a new push towards landing a spot among the lineup.

Speaking of the Best Picture nominees, the predicted lineup lacks recognizing ensembles of women. Female-centric films such as “Women Talking,” “She Said,” and “The Woman King” has continued to dwindle as awards season has trudged on. Though “The Woman King” grossed $94.2 million and is equally deserving to be part of the Best Picture lineup, the lack of a PGA nomination pushes its chances further down. What stands out with “Black Panther: Wakanda Forever” and its PGA nomination is that the film’s core ensemble is made up of Black women exploring their grief and how they process it. As the film continues to stay in the conversation, it also continues to carry the power of these women’s stories. A Best Picture nomination for “Black Panther: Wakanda Forever” would stand to honor stories about Black women.

Much of Marvel’s Phase 4 titles have explored grief and its many facets, but “Black Panther: Wakanda Forever” takes those themes and wraps them in a way that’s both powerful and cathartic. You feel for Queen Ramonda as she has to continue on and lead her people in the face of losing her son and almost losing her daughter. You feel for Nakia (Lupita Nyong’o) as she grieves her lover by creating a new life for herself and their son in Haiti. You feel Shuri’s (Letitia Wright) rage simmering beneath her as she continues to push the pain of losing her brother, and she couldn’t save him. As much as “Black Panther: Wakanda Forever” honors the life and legacy of Chadwick Boseman, the emotional narrative of processing grief and healing is a needed story that reflects life in 2022 and into 2023. Society is coming out of a season of significant loss, and we’re only now seeing the repercussions of the trauma we’ve endured. “Black Panther: Wakanda Forever” taps into this in a way that makes it worthy to represent the previous year of film.

Do you think “Black Panther: Wakanda Forever” will be nominated for Best Picture? Which Oscar nominations do you see it receiving? Please let us know in the comments section below or on our Twitter account and check out our latest Oscar nomination predictions here. 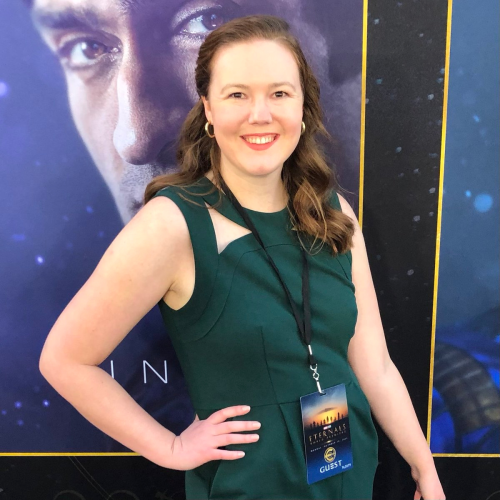