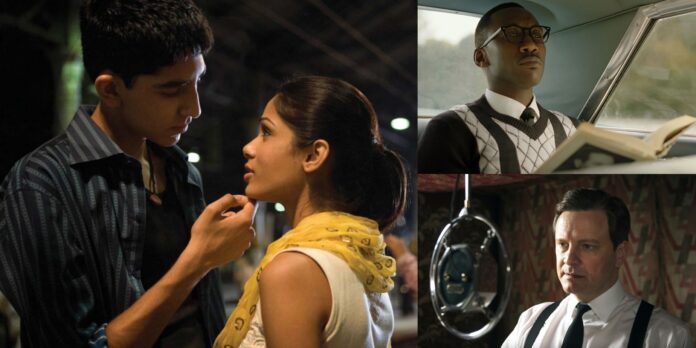 Compared to many of its European counterparts, the Toronto International Film Festival has a substantial, notable correlation between the winners of its People’s Choice Award and the Academy Award for Best Picture nominees. This has been the case since the introduction of the festival prize in 1978 and has grown even more over the past four decades. The first Toronto International Film Festival (TIFF) took place in 1976. Initially conceived as an aggregate of films from other international film festivals, TIFF soon rose to the ranks as a significant sight for international film premieres, attracting a yearly parade of directors, stars, and film fans. Per Time in 2007, TIFF has “grown from its place as the most influential fall film festival to the most influential film festival, period.”

Bold indicates the winner of the Academy Award for Best Picture…

Of these films, “Life is Beautiful” and “Crouching Tiger, Hidden Dragon” won the Academy Award for Best International Feature Film instead of Best Picture.

The crossover does not stop there. The People’s Choice Award generally includes a runner-up and second-runner-up, which were introduced in 2000. Of these titles, seven have been nominated for Best Picture, and two have won (“Argo & “Parasite“), while two films won the Best Documentary Feature Oscar (“Bowling for Columbine” & “The Corporation”) and three won the Oscar for Best International Feature Film (“A Separation,” “Roma” & “Parasite“). Nine that have won the People’s Choice Award have gone on to be nominated for the Best International Feature Film, five of which won the category.

How, exactly, does TIFF seem to have its finger on the pulse of awards season? Due to its location in a major North American, English-speaking metropolis, the festival naturally selects films that would appeal to the typical (American) Academy voter. The People’s Choice Award, in particular, has found a balance between the prestigious and the popular. Rather than a discreet jury consisting of some of cinema’s greatest artists deeming a film worthy to their peers, TIFF allows the film’s audience, most of whom have no involvement in filmmaking, to celebrate a film based on instant reactions and the communal film experience. Fortunately, TIFF has prevented a popularity bias by weighing the size of a film’s audience to the number of votes cast, allowing for proportional representation.

Based on this year’s lineup, and my opinion as an unprofessional awards prognosticator, there are a handful of films that seem to fit the previously established profile of accessibility and quality that could receive both a TIFF People’s Choice Award (either first place or runner-up) and be nominated for an Academy Award for Best Picture.

This film, starring such names as Jesse Buckley, Rooney Mara, Ben Wishaw, Claire Foy, and Frances McDormand, is directed by beloved Canadian filmmaker and actress Sarah Polley. Since Polley has not directed a narrative feature film since 2011, her return to her hometown of Toronto could lend itself to a feel-good narrative and patriotism amongst audiences.

This semi-biographical film is, shockingly, Steven Spielberg’s first appearance at TIFF. Given the universal love casual and hardcore film-goers have for the movie-making veteran, this film that comes straight from the heart and is likely to score several nominations at the Oscars is the perfect recipe for a crowd-pleasing success.

“Glass Onion: A Knives Out Story”

Netflix picked up the rights to Rian Johnson’s Oscar-nominated beloved smash-hit film “Knives Out,” and now the sequel is coming to the same festival the first film premiered at to rapturous response back in 2019. Daniel Craig returns as Benoir Blanc with a new cast and a new mystery. While plot details have been kept under wraps, if this plays just as well, if not better, than the first film, expect to see this receive a massive push from Netflix for Best Picture this awards season.

Film audiences, for obvious reasons, love movies about movies. Sam Mendes, himself a People’s Choice and Best Picture winner for “American Beauty,” returns with a movie theatre-set love story starring Olivia Colman, Colin Firth, and Toby Jones. If done right, this movie-about-movies could be just what a film-loving audience is looking for.

Occasionally, a film’s award success has been driven by an outstanding central performance. Given the likelihood of Brendan Fraser receiving a Best Actor nomination in this film by director Darren Aronofsky, the strength of Fraser’s performance could be enough for the film itself to be recognized by TIFF and Academy audiences.

“The Banshees of Inisherin”

Martin McDonagh’s “Three Billboards Outside of Ebbing, Missouri” won the People’s Choice Award back in 2017 and was subsequently nominated for seven Oscars, including Best Picture. “The Banshees of Inisherin,” set in Ireland and starring past collaborators Colin Farrell and Brendan Gleeson, could remind audiences of why they fell for the playwright in the first place.

French director Florian Zeller made an impactful entrance to American filmmaking at the 2021 Academy Awards with his heart-wrenching film “The Father,” for which Anthony Hopkins won Best Actor and Zeller won the award for Best Adapted Screenplay (of his own work). During that bizarre year of filmgoing and at an award show many would like to forget, Zeller stood out as a true artist and visionary. If his second film is anything like his debut, it could affect audiences in ways they never imagined.

Starring mega-pop star Harry Styles and the Emmy-nominated break-out star of “The Crown” Emma Corrin, “My Policeman” appears from promotional material to be a fairly standard period drama (which festival audiences love) focusing on formerly taboo subjects (which make audiences feel good about themselves). While unlikely to be a contender for a Best Picture nomination, the film could easily fit into a runner-up position at TIFF.

Regardless of my own predictions, the TIFF People’s Choice Award winner and its two runner-ups are almost guaranteed to receive at least one Academy Award nomination in a major category. If you are risking any money on this year’s Oscar nominations, TIFF should be your primary persuasion. What do you think will win the TIFF People’s Choice Award this year? Which films are you most looking forward to from the 2022 Toronto International Film Festival? Please let us know in the comments section below or on our Twitter account.