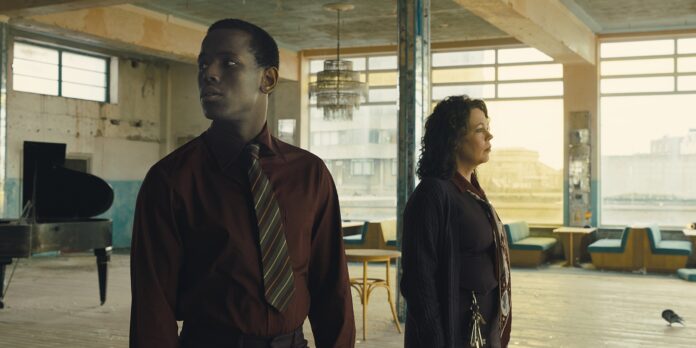 The Telluride Film Festival announced its official program selections for the returning 49th edition of the film festival this morning. This year’s schedule is back to three days after the previous year was extended an extra day due to the pandemic (I wish it could always be a bit longer, but that’s part of what makes it so special). The festival serves as the unofficial kick-off to awards season as 10 of the previous 12 Best Picture winners have screened at the festival, along with some of the best films of the year. Despite paying more money than most other film festivals and traveling to a remote area up in the mountains of Colorado, no one ever knows the official lineup until the very last minute (I’m typing this while I’m in the air to the festival). Despite this, the festival always manages to drum up excitement for its secretive lineup and helps to put a spotlight on some of the year’s very best films. With a collection of a few world premieres, Cannes, and Venice titles, this year’s lineup promises to be an understatedly strong showing despite the lack of a few titles some people were hoping would premiere here as opposed to Venice & TIFF. The festival will run from September 2nd-5th.

Here were my predictions for what I thought would be playing at this year’s festival which I posted yesterday.

The 2022 Silver Medallion Awards, given to recognize an artist’s significant contribution to the world of cinema, will be presented to Oscar-winning actress Cate Blanchett (with TÁR); award-winning writer-director Mark Cousins (with THE MARCH ON ROME and MY NAME IS ALFRED HITCHCOCK); and celebrated actor, writer, and filmmaker Sarah Polley(with WOMEN TALKING). Tribute programs include a selection of clips, the presentation of the Silver Medallion, and a screening of the aforementioned films.

Additional episodic works and short films also playing in the main program are:

“While it can often feel like the world is crumbling around us, I continue to remind myself, at least we have movies,” remarks TFF executive director Julie Huntsinger. “And for every bit of doubt that meets that sentiment, our resolve to keep it true is exponentially intensified. My hope for this year’s Festival is that as our film-watching community gathers in Telluride, we remember that we cannot take this act for granted; that we will continue on after the Festival’s end and redouble our efforts to ensure we will long be able to sit in a dark room and be fortified by the enchanting and sometimes difficult stories we see. This year’s films challenge us and remind us how wonderful and hard it is to be alive.”

TFF’s 2022 Guest Directors, Kantemir Balagov and Kira Kovalenko, serve as key collaborators in the Festival’s programming decisions. Both will be present to introduce their finely curated film selections:

“It was important to us to include the films that not only changed us as directors but also struck us as a miracle,” comment Balagov and Kovalenko. “They keep us from getting used to war and its nightmare, allow us to feel human and inspire hope that darkness will eventually vanish.”

Telluride Film Festival’s Student Programs present students with the opportunity to experience film as an art and expand participants’ worldviews through film screenings and filmmaker discussions. The Student Symposium provides 50 graduate and undergraduate students with a weekend-long immersion in cinema. The City Lights Project brings together eighteen high school students and six teachers from four schools to participate in a concentrated program of screenings and discussions. FilmLAB, in partnership with the American Film Institute, brings exceptional AFI Fellows to learn from world-class filmmakers in a masterclass setting. The FilmSCHOLAR program, created in conjunction with the University of Wisconsin, gives young film scholars and aspiring critics the opportunity to immerse themselves in a weekend of cinema and learn from some of the best voices in the field. University Seminars allow university professors to travel with students to the Festival and participate in special programming throughout the weekend.

Telluride Film Festival’s Talking Heads programs allow attendees to go behind the scenes with the Festival’s special guests. Six Conversations about cinema and culture will take place among Festival guests, and three outdoor Noon Seminars will feature a panel of Festival guests discussing a wide range of film topics. These programs are free and open to the public.

Corporate and institutional support at Telluride Film Festival plays a dynamic role in the life of the Festival and underscores the Festival’s commitment to quality, adventure, and distinction in the art of cinema. TFF is honored to feature some of the world’s most renowned consumer and entertainment brands. We are filled with gratitude for their unique contributions and for our exceptional long-term relationships.

For more information about Telluride Film Festival, or to download the 2022 program guide, please visit: www.telluridefilmfestival.org.

What do you think of this year’s lineup? Which world premiere at Telluride are you most looking forward to? Are you excited for the fall film festivals? Please let us know your thoughts in the comments section below or on our Twitter account.