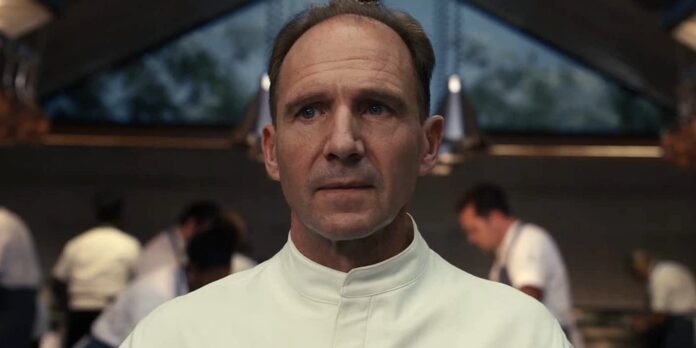 Jeremy Allen White is not the only ingredient people are craving in FX’s “The Bear” (2022). The anxiety-filled drama series, starring White as chef Carmy who runs his family’s beef sandwich shop (“The Beef”) in Chicago, is a satisfying piece of storytelling. The character dynamics are compelling, with a fantastic cast that includes Ayo Edebiri and Ebon Moss-Bachrach. A frenetic immersion into a demanding restaurant finds chaotic beauty in bite-sized episodes. While there are not many lingering close-ups of the food itself, food, of course, plays an integral part in the story. For Carmy, the sandwich shop is synonymous with his inner healing journey, not to mention a tragic life-altering event leading him to take over the shop. If he could manage to put out all the fires crackling through the kitchen, maybe he could piece himself back together again. This strongly echoes the protagonist of another recent intense kitchen drama, Philip Barantini’s film “Boiling Point” (2021). No matter how heated these places get, the protagonists push through out of deep love and respect for what they do. Food brings people together, whether continuing a family restaurant business, preparing a fancy dish for a fancy critic, or sharing a simple meal with a loved one.

There’s a strong appetite for exploring food across television and film. Some of the most memorable moments on screen feature an appetizing dish packed with layered meaning and garnished with visuals that awaken your senses. Food can add texture to a story through context. Consider the diner scene in Barry Jenkins’ “Moonlight” (2016), in which Kevin (André Holland) cooks a special meal for Chiron (Trevante Rhodes). A simple moment of sharing food is a resonating gesture of intimacy. Take the scene of Sally (Meg Ryan) ordering apple pie à la mode at Kat’z Deli in Rob Reiner’s “When Harry Met Sally…” (1988). The film communicates her personality through a selective order — she knows exactly what she wants. Sometimes, a delicious visual alone is enough to satisfy your taste buds — the indulging French dessert display in Sofia Coppola’s “Marie Antoinette” (2006) springs to mind.

Plenty of scenes feature food in a universally recognizable way. Some stories go a step further, using food thematically and across many different forms to nourish storytelling. For instance, Ritesh Batra’s drama “The Lunchbox” (2013) explores a relationship that unfolds through exchanging lunches. Julia Ducourneau’s body horror “Raw” (2016) looks at the extremity of a vegetarian-turned “meat” eater. More recently, the upcoming Mark Mylod film “The Menu” (which will have its world premiere at the Toronto International Film Festival this September) looks to turn the phrase “Yes, Chef!” up frightful notches. Stories set around food are heating up but have been simmering for decades through the eyes of various filmmakers. Much like “The Bear,” some of the best “foodie” stories explore how food draws people together and evokes your senses. The highly anticipated season two should be a main course feast to indulge in. In the meantime, these eight food-centric films serve as a hearty appetizer. 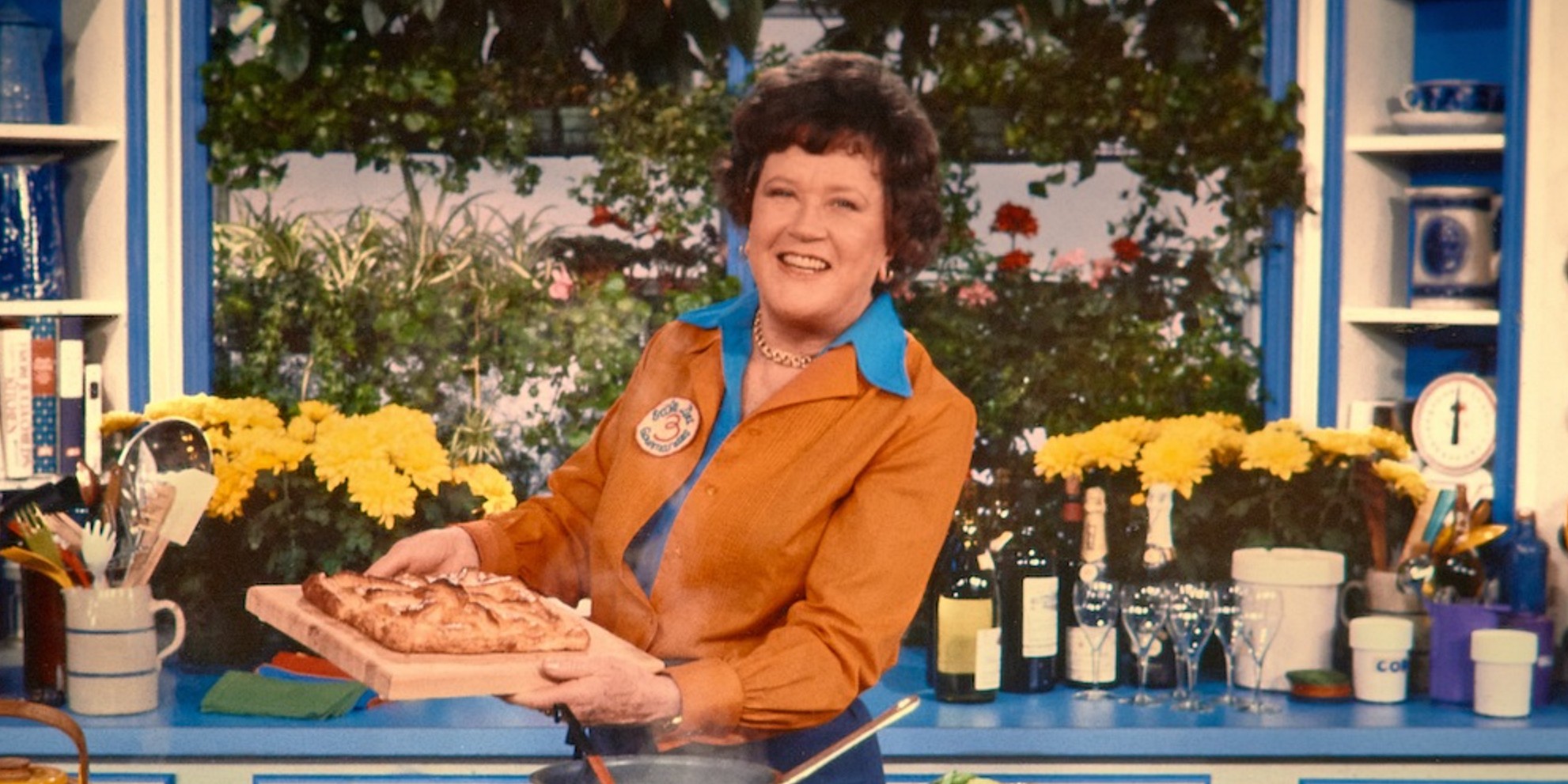 One of the most famous figures in food, television cooking sensation Julia Child has inspired many screen adaptations. From Meryl Streep’s Oscar-nominated portrayal of the icon in Nora Ephron’s “Julie & Julia” (2009) to Sarah Lancashire’s well-received turn in the HBO Max series “Julia” (2022). Child’s empowering story is one of doing what makes you happy, a sentiment directors Julie Cohen and Betsy West perfectly capture in the charming documentary “Julia” (2021). With delectable food cinematography and insightful behind-the-scenes footage, “Julia” follows Child’s rising influence on home chefs and her dedication to evolving with changing times. It’s a delightful joy and an interesting capsule of inspiration. Be sure to have a tasty snack on hand while watching this slice of Child’s life, which pairs well with Ephron’s “Julia & Julia” as a delicious double feature. 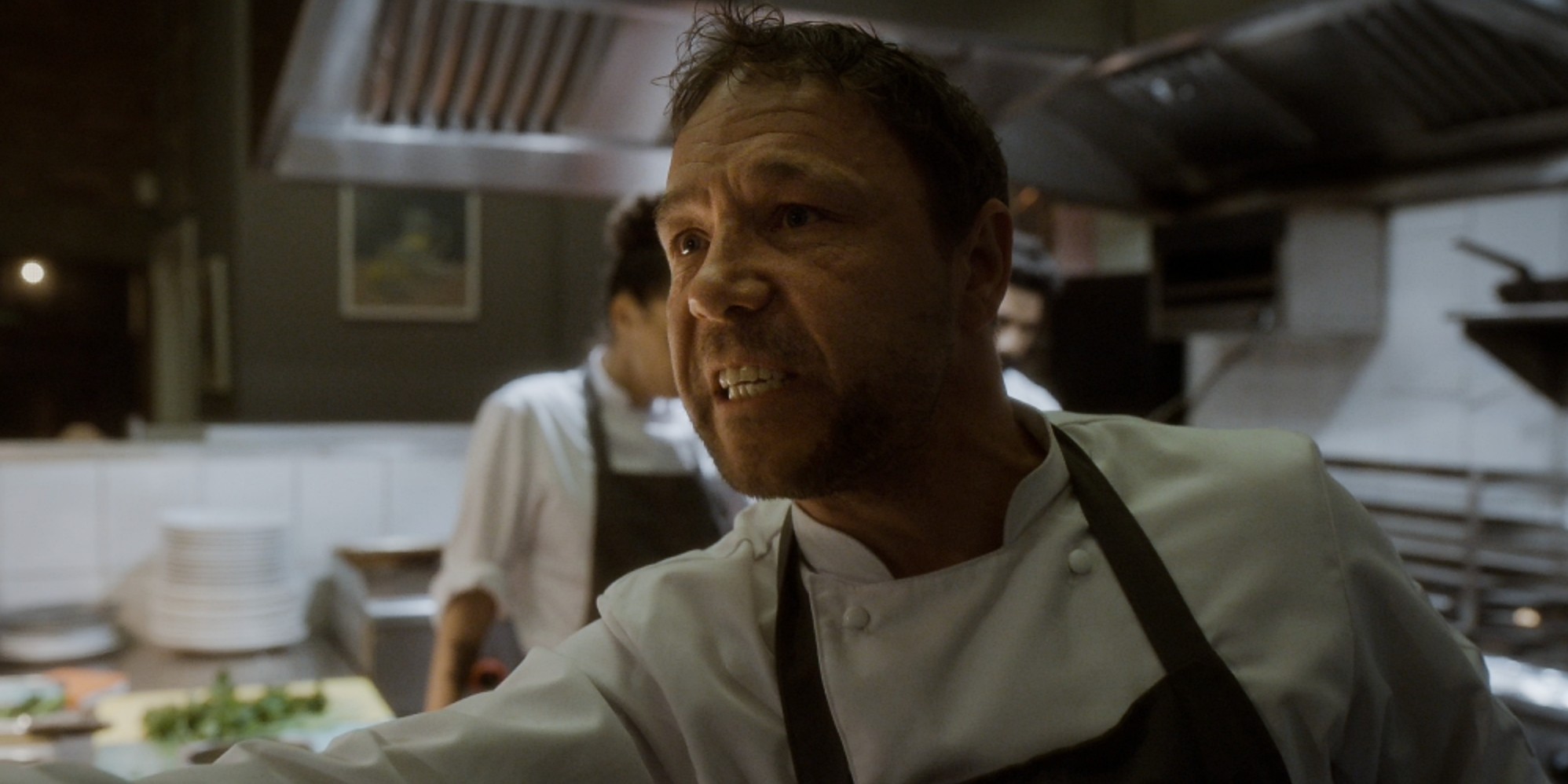 If “The Bear” wasn’t stressful enough, another biting depiction of kitchen anxiety is Philip Barantini’s character drama. The film stars Stephen Graham as a head chef putting out personal and professional fires at a popular London restaurant. Joining Graham is a talented ensemble of actors who each give lived-in performances that pull you into their headspace. Barantini directs the whole story in one take, which adds fuel to escalating high stakes and maintains pulsating energy that never lets up. By having a story structured around a kitchen team’s shared experiences, you learn some interesting layers to the characters. Set over the course of one night, “Boiling Point” is a pressure cooker of intensity with no escape. 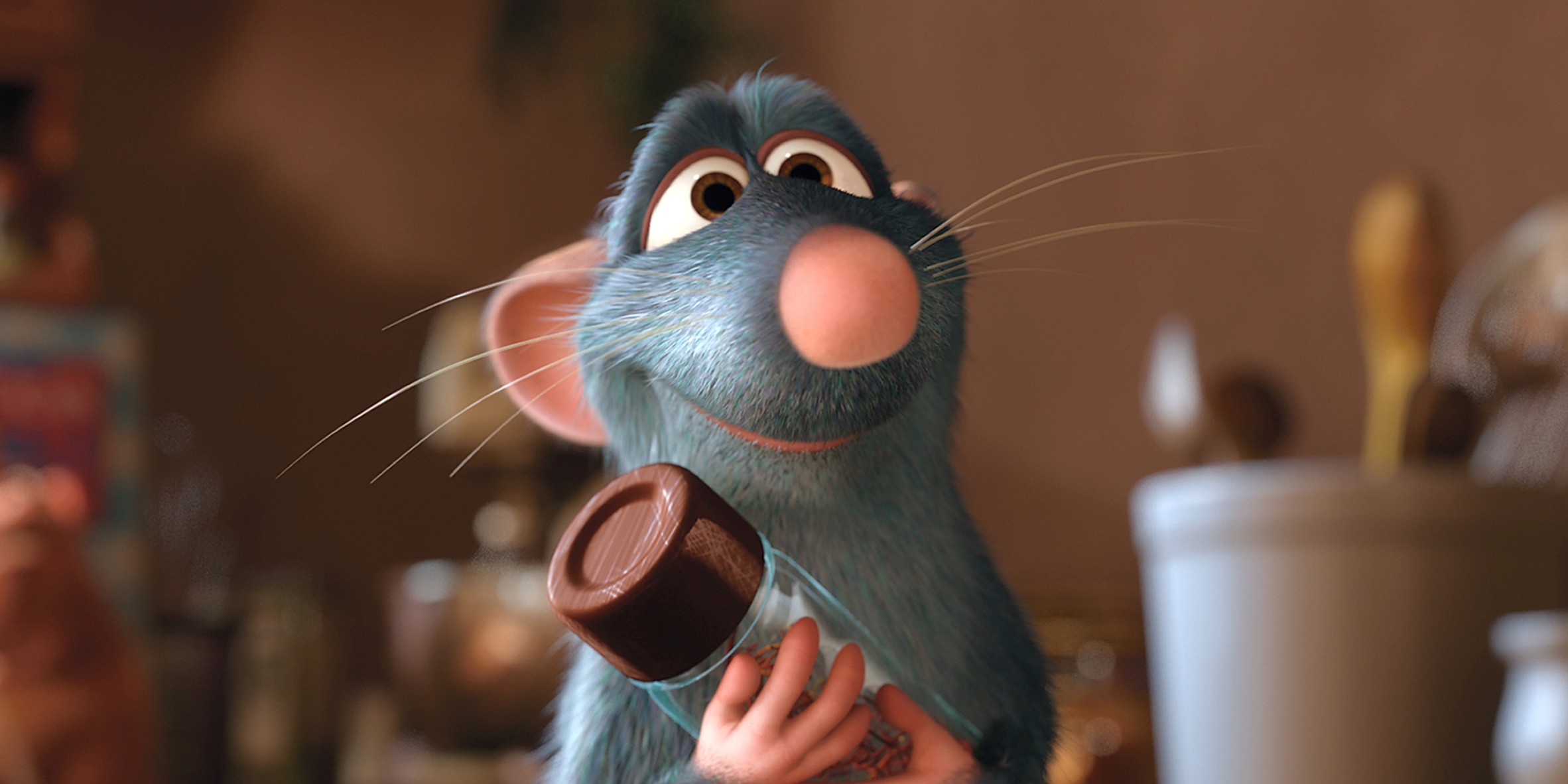 A rat’s dreams of becoming a chef have never seen a more appetizing manifestation than in Pixar’s “Ratatouille.” (Though the “Raccoonie” scene in “Everything Everywhere All At Once” is up there.) This animated delight, co-directed by Brad Bird and Jan Pinkava, is a love letter to the culinary world. From its homages to Michelin-starred restaurants to esteeming the humble motto that anyone can cook, passion for cooking drives the story. Remy the rat (voiced by Patton Oswalt), greatly influenced by his hero Auguste Gusteau (voiced by Brad Garrett), discovers he’s been living in the sewers beneath Gusteau’s restaurant in Paris. This is not the only epiphany in the story. The film features one of the most winning food-centric scenes: food critic Anton Ego (voiced by Peter O’Toole) taking his first bite of Remy’s Ratatouille dish. “Ratatouille” captures the magical feeling of when food surprises you and transports you to places buried deep in memory. 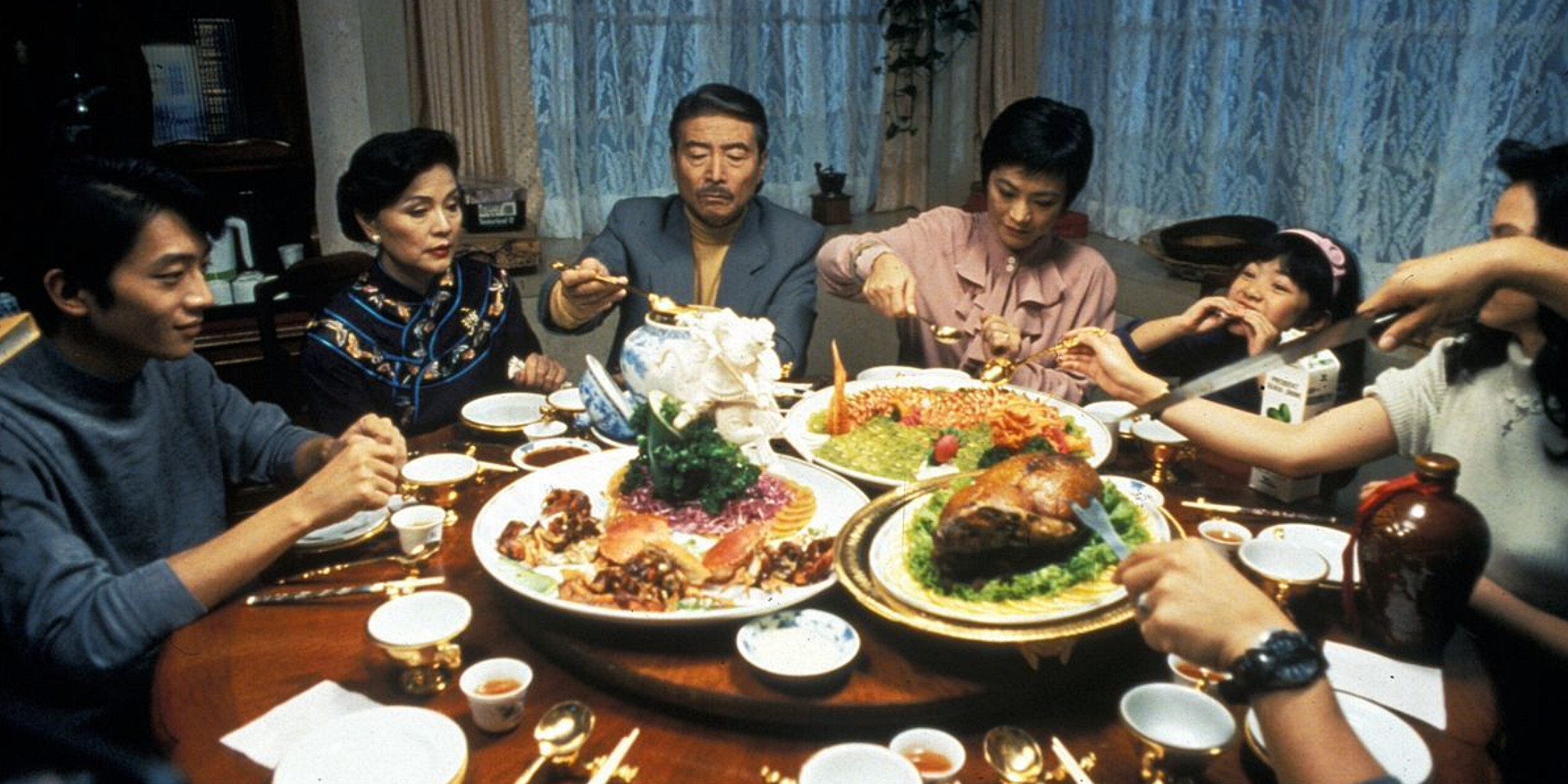 In Ang Lee’s wonderful “Eat Drink Man Woman,” a film he also co-wrote, cooking is a substitute ingredient for showing affection. The story of a traditional Chinese father (played by Sihung Lung), a senior chef who lives with his three daughters, is set in an environment where food is a means of communication. Some of the most important conversations between people happen around a dinner table, but eating in silence also speaks volumes. In Lee’s film, the sharing of food brings together a family that sparsely communicates beyond a ritual of love, manners, and traditions. Particularly when cooking for others, as the opening scene so deliciously shows, is an expression of one’s feelings. Lee films food in an emotionally available way — from showing the delicate process of making meals to arousing the senses with perfect-looking food at tables where characters are poised to communicate. 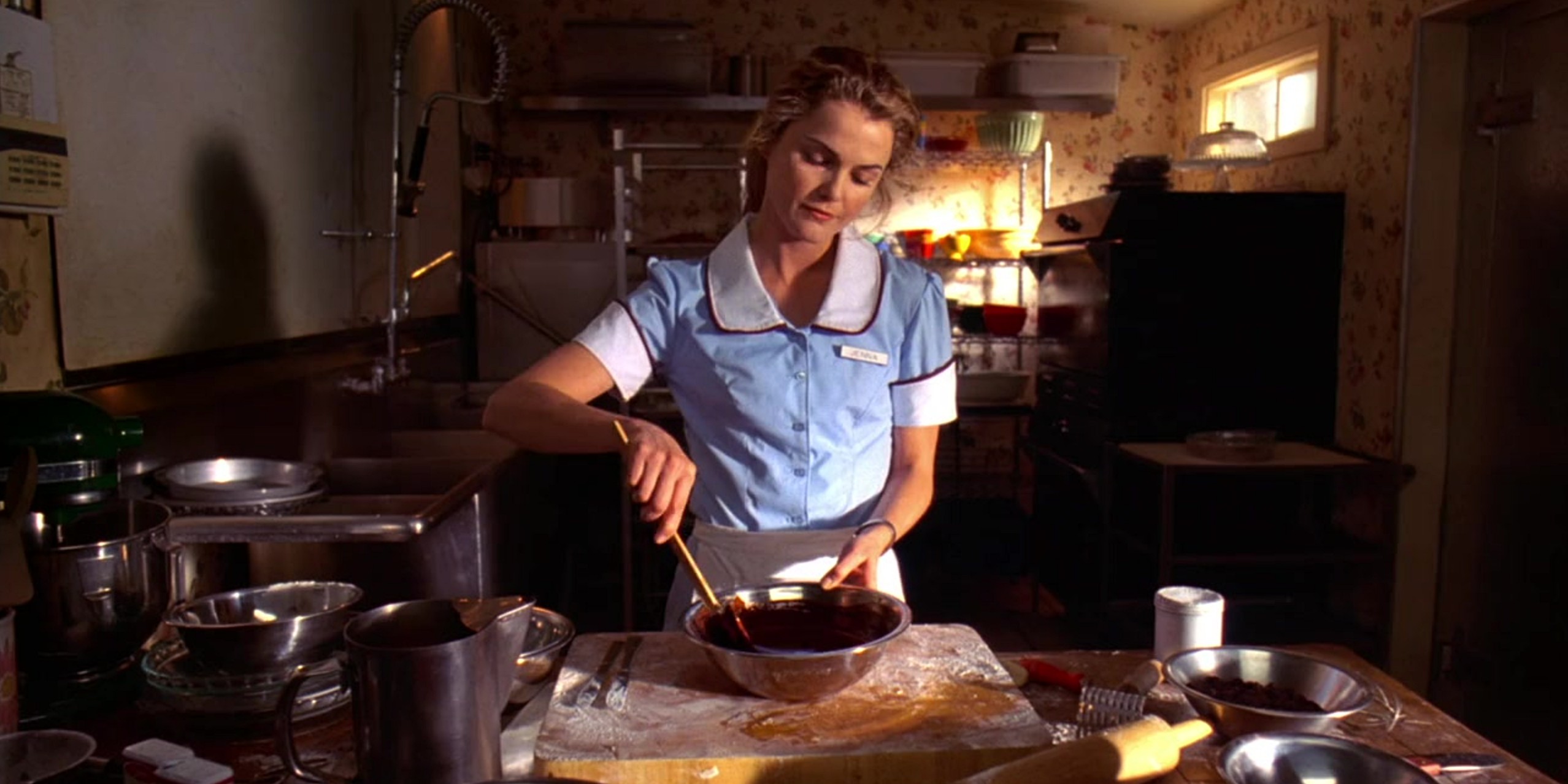 Adrienne Shelly’s “Waitress” is a delightful slice of life guaranteed to have you craving pie. The opening credits alone play like a baker’s dream — from the various flavorful pies being made to Andrew Hollander’s soft fairytale score, this film was crafted with love and care. Shelly, a filmmaker, gone far too soon, showed a remarkable talent in conveying dessert as a form of fantasy. It’s a relief from the unpleasantness that whisks the film’s protagonist Jenna (Keri Russell) – a small-town waitress who enters a pie contest to make money and leave her abusive husband – to a world defined by her own inventions. Jenna creates a new treat every day, like “peachy keen” or the “I hate my husband” pie drowned in caramel. She bakes with purpose, each invention formed by experience, topped with a dash of whatever her mood may be at the time of creation. “Waitress” is a grounding film — the synonymy between love and sweetness can be a little crumbly. 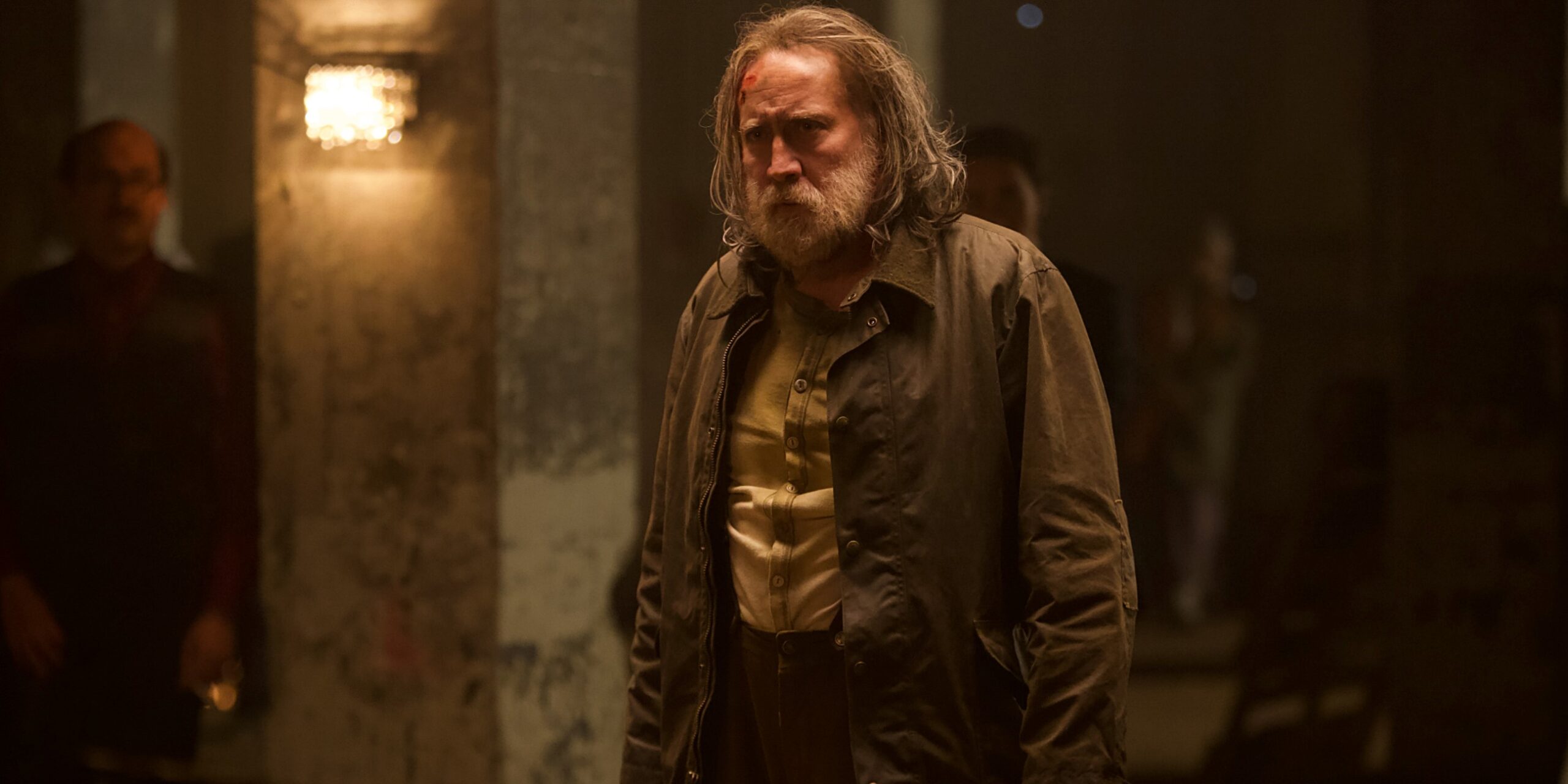 A far cry from the sweet glaze of “Waitress,” Michael Sarnoski’s directorial debut disillusions the food industry with lyrical loneliness. “Pig” tells the tale of a truffle hunter (Nicolas Cage) whose beloved foraging pig is kidnapped. This summons him from a life of solitude in the Oregonian wilderness to a harsh revisiting of his past as a famed chef in Portland. You discover the temperament of a self-sufficient forager, working with people who want that pig for different reasons. Throughout the story, Sarnoski asks who people have become through mourning. Cage’s character does what so many can relate to: he allows grief to distance himself from the avenues of connection, comfort, and sharing. The film simmers with empathy and unexpected meetings that peel layers off the protagonist’s former life in search of meaning. In spite of everything, he still remembers what once was. He remembers every meal he ever cooked, every person he ever served – and that means something. This comforting gem, directed by Stanley Tucci and Campbell Scott, features an Italian feast so scrumptious looking that you’ll want to leap through the screen to be a dinner party guest. “Big Night” tells the story of two Italian brothers, Primo (Tony Shalhoub) and Secondo (Stanley Tucci), who set their hopes and dreams on a New York restaurant they opened together. On the verge of losing it all, they agree to host a grand dinner for friends and acquaintances in the hopes of finding loyal patrons who will keep their kitchen afloat. Tucci’s real-life passion for cooking shines through simple yet evocative visuals and great attention to detail. Themes of loyalty and family tradition give the film staying power. With an emphasis on tradition, the brothers risk authenticity when they add an Italian dish to their menu without modifying it for the masses. “Big Night” is a triumph; a simple and poignant story about the emotional significance of carrying tradition through the sharing of food. 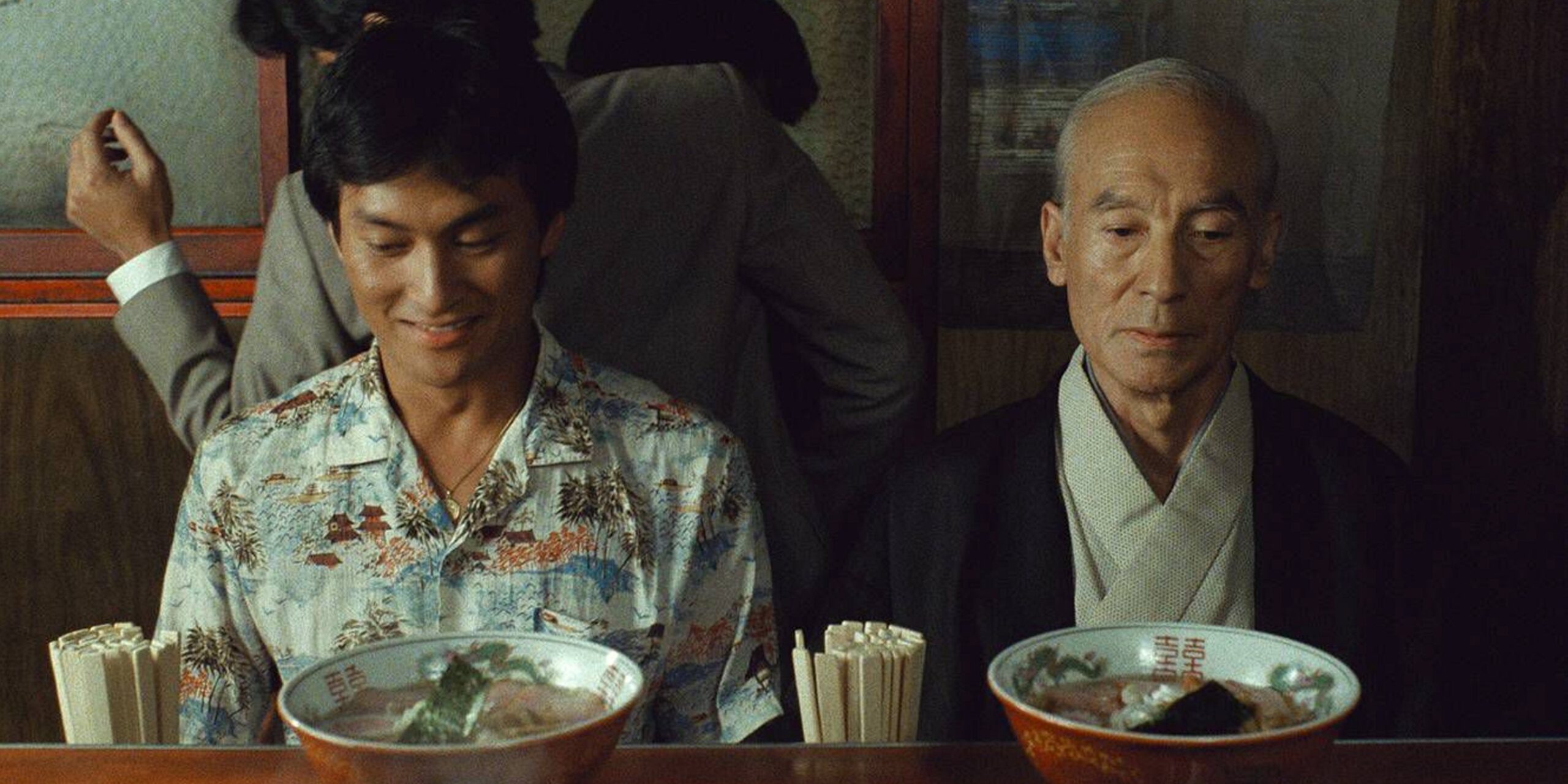 What’s your snack of choice at the movies? If the answer is anything with a crinkle wrapper, Koji Yakusho’s character in “Tampopo” will not tolerate it. The opening scene of Juzo Itami’s nourishing, genre-bending experience sets the table for a course of incredible vignettes about delectable appetites. Written and directed by Itami, the film savors the aroma of every single dish featured. The story centers on a small noodle shop run by Tampopo (Nobuko Miyamoto). She is a beginner ramen noodle chef who enlists the help of Gorô (Tsutomu Yamazaki), a truck driver who happens upon the roadside shop, to find the perfect recipe and transform her business into a success. The journey takes you on an intertwining road that glimpses social customs, competing restaurants, and food as a sensual pleasure. “Tampopo” is an explosion of affection for food — an early scene of two characters eating ramen becomes a tutorial on how best to consume the dish; while you slurp the noodles and gaze at the pork with affection. One of the most loving and caressing depictions of food on film, “Tampopo” is a mouthwatering treat about emotional relationships to the culinary world.

What are your favorite food movies? Anything on the list we didn’t mention? Are you looking forward to “The Menu?”Have you seen “The Bear” yet? Please let us know in the comments section below or on our Twitter account.