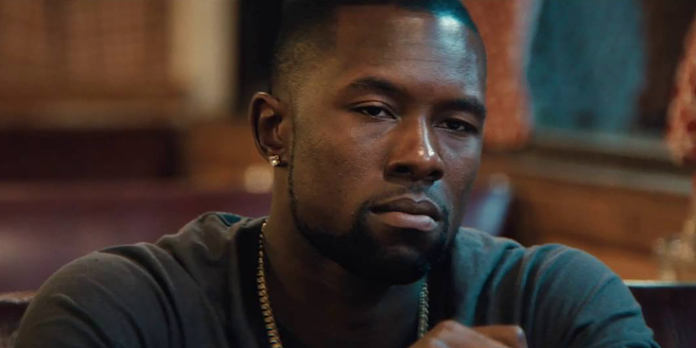 THE STORY – A young man deals with his dysfunctional home life and comes of age in Miami during the “War on Drugs” era. The story of his struggle to find himself is told across three defining chapters in his life as he experiences the ecstasy, pain, and beauty of falling in love while grappling with his own sexuality.

Barry Jenkins has created a work of art with “Moonlight.” Those who will claim it’s simply 2015’s “Carol” but with black men are wrong in making that comparison. What Barry Jenkins has crafted here is powerful and moving in its depiction of repressed sexuality in a masculine world. From the unforgettable work by the ensemble to the craftsmanship of the film’s visual style, editing and soundscape, “Moonlight” is a nearly flawless film that explores just how far we’ve come and how far we still have to go as a society in being allowed to express who we truly are.​

Taking place in current day Florida, a young man named Chiron (Trevante Rhodes) struggles with his sexuality from the early days of his life. Through flashbacks, we see Chiron’s younger self (Also played by Ashton Sanders & Alex Hibbert) as he deals with his self-destructive mother and the school bullies who torment him every day. He finds comfort with his surrogate father Juan (Mahershala Ali) who is also the neighborhood drug dealer but who shows compassion towards the young boy. When present day Chiron meets up with an old friend who he hasn’t seen in over a decade, he is forced to confront himself and contemplate his own identity.

“Moonlight” is ultimately a film all about identity. Many times throughout the film, the main character Chiron is asked: “Who is you?” What kind of a man does he want to be? What does he want to represent? How can he carve out his own identity for himself despite his rough upbringing? These are all questions that the film is constantly asking as we travel with Chiron through three very different stages in his life. Played by three different actors in these three separate stages, Chiron is a fascinating individual as we are forced to look deep into what it is that makes him who he is. He is a person of very few words which makes it that much harder for us to decipher the mystery of the human being beneath his environment, upbringing, clothes, and lifestyle. Barry Jenkins’s script asks us to inspect, analyze and understand every frame so that we too may discover who Chiron is.

The film would not be as powerful as it is without the knockout work from the brilliant ensemble. All three actors who play Chiron capture the same exact mannerisms, quietness and ability to act from the eyes that it is uncanny that they are not all truly the same individual. Despite her role being shot over the course of three days, Naomie Harris is brutal and tragic as the drug addicted mother to Chiron. She will surely be Oscar nominated for her work here. Less likely to be Oscar nominated but no less deserving is the powerful presence of Mahershala Ali who is a scene stealer as Juan. The only crime that this drug dealing surrogate father commits is that he shows up in the first act of the film, only to never be seen again after that. Altogether the wonderful group of actors all work together to give their characters depth and a truthfulness, all the while never trying to outshine one another. This may be Chiron’s story but the film has no true lead and as a result, the cast of “Moonlight” turns out to be quite possibly the best ensemble of the year.

Barry Jenkins creates a beautiful motion picture in “Moonlight” with vibrant cinematography from James Laxton. The camera moves with such fluidity and nearly every shot achieves the ability to convey an emotion when framing Chiron. The film is backed by a great score from Nicholas Britell and is edited for maximum effect, especially during its time jump transitions. All and all, I cannot sing the praises of “Moonlight” enough. It’s a wonderful and compelling piece of art that tells a story of identity with honesty and heartbreaking restraint.