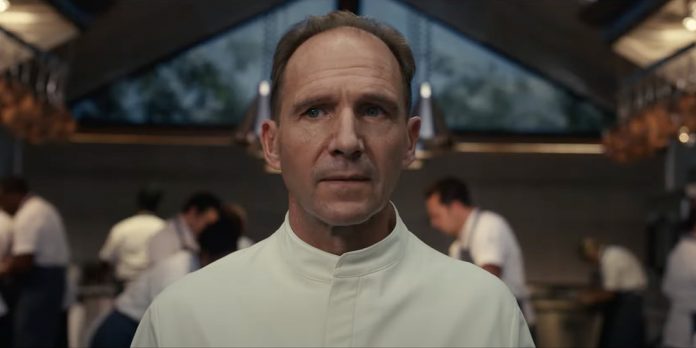 By Matt Neglia
​
Searchlight Pictures has released the teaser trailer for Mark Mylod’s “The Menu,” starring Anya Taylor-Joy, Nicholas Hoult, Ralph Fiennes, John Leguizamo, Judith Light & Hong Chau. It will be released in theaters on November 18th.
​
​Click below to see the trailer.

​Plot Synopsis: A couple (Anya Taylor-Joy and Nicholas Hoult) travels to a coastal island to eat at an exclusive restaurant where the chef (Ralph Fiennes) has prepared a lavish menu, with some shocking surprises.

What do you all think of the trailer? This is definitely not the movie I was expecting, as it looks like more of a thriller than a drama. Mark Mylod has made his mark working on high-scale television projects such as “Game Of Thrones,” “Succession,” and “Shameless,” so I am excited to see what he’ll bring to this both in terms of style and the execution of its tone. Ralph Fiennes looks to have a juicy role which he’ll be able to relish, while the supporting cast, who appear to be trapped in the Chef’s restaurant, are all names I appreciate and look forward to seeing how they both find themselves and get out of the predicament that they’re in. A part of me thought this might go to Telluride, but it looks more like a film that would premiere at the Toronto International Film Festival. I could be wrong, and maybe the actual movie will have more surprises for us than the conventional thriller it’s presenting itself as. Either way, serve me up! What do you think? Let us know your thoughts in the comments section below or on our Twitter account.