Why “Top Gun: Maverick” Should Be Nominated For Best Picture 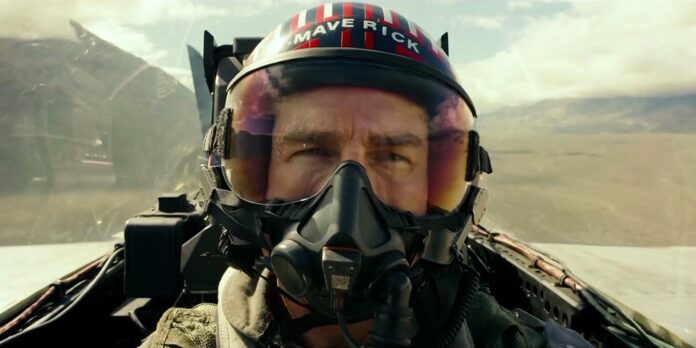 Film critics praised it, as it sits at 96% on Rotten Tomatoes. Audiences could not get enough, making nearly $1.5 billion worldwide at the box office. People kept returning to the theaters for “Top Gun: Maverick,” which resided in the top 10 at the box office for nearly five months. It is the most profitable film of movie star Tom Cruise’s illustrious career. The film’s original song by Lady Gaga, “Hold My Hand,” has echoed through the culture all summer long. Bringing back Cruise in the titular role for the first sequel to a film that helped define the 1980s cinematic landscape proved to be a winning play for the individuals involved in making the film. Still, the movie accomplished something even greater for the industry at large. And for this reason, “Top Gun: Maverick” should be nominated for Best Picture at the Academy Awards. Under the right circumstances, there is even a path for it to win.

When the Academy selects a film for Best Picture, it can often mean different things. Sometimes the Academy wants to make a social, cultural, or political statement, like “The Shape of Water” winning after the election of Donald Trump. Other times, the quality speaks for itself, like with “Parasite.” And other times, the Academy voters may be influenced by wanting to say something about the industry itself, such as when they declined to endorse the Netflix streaming darling “Roma” over the theatrically released “Green Book.” In retrospect, I understand that particular Best Picture win as the Academy pushed back at the rise of digital streaming over the theatrical experience. If “Top Gun: Maverick” is rewarded with a Best Picture nomination, the industry will be saying something about its overwhelming success.

During the devastating COVID-19 pandemic, many adult films could not find a theatrical audience last year. It was not until May 2022, with the release of “Top Gun: Maverick,” that it felt like the adult demographic came back to movie theaters. And, boy, did they come roaring back. “Top Gun: Maverick” exceeded expectations in terms of quality and how it performed financially. Sure, we all expected it to do well. But to enter the cultural zeitgeist, earn a billion dollars, and bring adult audiences back to the cinemas in such large numbers – the intensity of its success was unexpected and welcome as we continually see the same type of movies dominate the box office these past couple of years.

A key ingredient to the film’s success that we must understand is that “Top Gun: Maverick” brought people back to the theaters who otherwise may have felt generally alienated by the movie industry for quite some time. This blockbuster proved that when you have a substantive plot to continue a narrative with a sequel and prioritize excellent character work and an engaging story, people all over the country will show up, not once but multiple times. Without the heavy use of CGI found in so many blockbusters today and overt political commentary ingrained into every fiber of the story, “Top Gun: Maverick” is a throwback to a less complicated time when films were built with nuts and bolts filmmaking and meant to surely entertain.

Director Joseph Kosinski told a great story, used practical effects, and made “Top Gun: Maverick” the best possible movie that could be made as a follow-up to the legendary 1980s film. In my view, the reason why “Top Gun: Maverick” was primarily successful is that it matched the nostalgia with a level of quality in the filmmaking and made older audiences, fans of the original, feel like they mattered again. It’s a similar journey Maverick himself (and maybe to a certain extent, Cruise himself) faces in the story as he’s told he’s a dying breed and his extinction is one day coming. Audiences didn’t feel lectured, nor did they have to do homework before going into the theater. “Top Gun: Maverick” was just a damn good movie, and that made people (who are not hyper-engaged in the film criticism world) feel cinematically resurrected.

“Top Gun: Maverick” deserves Best Picture consideration on its merits. The aerial action is incredible in its never-before-seen execution. The story presents a propulsive conflict that impacts the characters in big and small ways, and the characters are incredibly human throughout in a relatable and digestible way. But “Top Gun: Maverick” also represents the best version of what the industry is doing elsewhere. “Scream” (2022), the fifth installment of the horror movie franchise, comments on the rise of “requels.” These are movies that cash in nostalgia, continue the storylines of popular films from a long time ago, and blend legacy characters with a younger generation. Look at “Star Wars: The Force Awakens,” “Jurassic World,” and “Halloween” (2018). The formula works; it earns massive amounts of money and currently makes Hollywood go around outside of having to produce endless superhero movies. “Top Gun: Maverick” technically checks all these boxes. And it is the best example of a requel you could possibly ask for.

Best Picture recognition for “Top Gun: Maverick” would be the industry rewarding the formula that is truly and currently working for the industry, in addition to it being a genuinely terrific movie and one that people actually saw and enthusiastically supported at the cinema for five months and will continue to support at home and any re-releases that come in the future. “Top Gun: Maverick” is the type of movie the industry should want to hold up and proclaim, “This is what we are proud of!”

“Top Gun: Maverick” could and should compete for Best Picture, Best Director, Best Actor (Tom Cruise), Best Adapted Screenplay, Best Cinematography, Best Film Editing, Best Sound, Best Visual Effects, and Best Original Song. Wins for Best Film Editing, Sound, and Song are likelier than not. And my final note to end on: “Top Gun: Maverick” could be the last card the Academy has at its disposal to play in trying to make its ceremony relevant to the broader public once again. By rewarding it with a potential Best Picture win, the Academy would be acknowledging and thanking the type of person who has not been to the theater in years yet came out of the woodwork to see their favorite fighter pilot not only save the day once again but this time save cinemas entirely.

Do you think “Top Gun: Maverick” will be nominated for Best Picture? If nominated, what dod you think are its win chances? Which Oscars are you predicting it to win all together? Please let us know your thoughts in the comments section below or on our Twitter account and be sure to check out our latest Oscar predictions here.