Can “Good Night Oppy” Defy The Odds And Become The First Documentary To Be Nominated For Best Visual Effects? 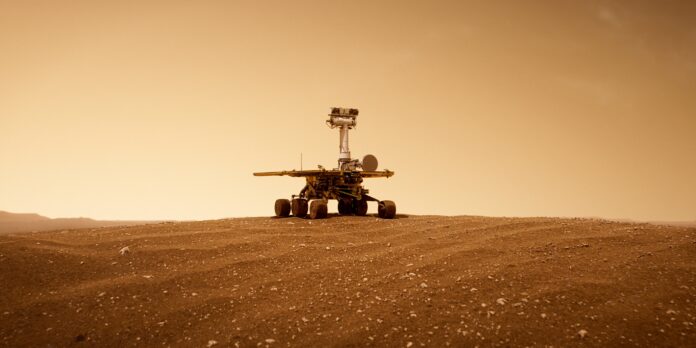 “Good Night Oppy” tells the unbelievable true story of the Mars rovers Spirit and Opportunity, who were sent to the planet to gather evidence of intelligent life in the universe in 2003. What was supposed to be a 90-day mission ended up lasting fifteen years and captured the hearts and minds of all those who either worked on the project or heard about it. The same might just happen for the Ryan White-directed documentary as the film contains an impressive number of visual effects shots (far more than your average documentary film) done by Industrial Light And Magic and might make history as the first documentary film to be nominated for an Oscar for Best Visual Effects.

HBO Films’ “Welcome To Chechnya” already kicked open the door in 2020 when it became the first documentary to be shortlisted for the Academy Award for Best Visual Effects. Although the David France-directed film was unable to secure a final nomination with Academy voters, it was still a groundbreaking achievement in Oscar history. With each passing year, we’re seeing the Academy create new “firsts” for documentaries, with films such as “Waltz With Bashir,” “Honeyland,” “Collective,” and “Flee” receiving nominations outside of Best Documentary Feature. Calls for documentaries to be recognized in other categories outside of their own designated field have increased in recent years as documentary filmmaking has seen a surge in popularity due to the rise of streaming, making the art form more accessible than ever before. Perhaps a documentary will be nominated for Best Picture or Best Director someday (this has still never happened). “Woodstock” and “Hoop Dreams” were nominated for Best Film Editing, while seven films have been nominated for Best Original Song since 2006’s “An Inconvenient Truth” won the category. With documentaries being taken more seriously across all branches of the Academy, there’s an opportunity (yes, pun intended) for “Good Night Oppy” to add another milestone to the ever-growing list with a Best Visual Effects nomination.

Spirit and Opportunities transmissions back to Earth throughout their time on Mars were done primarily through out-of-focus, black and white, and heavily compressed photo and video footage. While the images of the Mars landscape were revolutionary for the people working at NASA, it doesn’t make for the most riveting visuals for a feature film. In comes ILM, who, through their technical wizardry, was tasked with re-creating entire geographical regions of Mars based on the photos and video captured by Spirit and Opportunity. Every rock, every shape, down to the smallest detail, is faithfully re-created in a fully 3D environment making for an immersive but accurate depiction of what Mars truly looks and feels like. Factor in that Spirit and Opportunity themselves are also fully CGI-rendered robots that have to be placed in this digital environment, and you have yourself something which, in many ways, evokes the same sense of wonder and discovery as Pixar’s 2008 masterpiece “Wall-E” as we follow these lonely but anthropomorphic robots on their respective journeys. “Good Night Oppy” may also remind Academy voters of a similar film they recently bestowed the Oscar for Best Documentary Feature on, “My Octopus Teacher.” With its sweeping, lovely score and fascinatingly intimate and passionate connection to a non-human character, “Good Night Oppy” achieves a similar magic trick as the 2020 Oscar-winner did, and it’s all because of the fully realized CGI work done by ILM. Additional visual effects shots on the robots’ entry into Mars’ atmosphere and other parts of the mission that could not possibly be captured by Ryan White and his team all seamlessly blend into the story without distraction.

While Spirit and Opportunity may be powered and controlled by the talented and bright individuals working at NASA back here on Earth, the robots each are given life by the visual effects team’s work. By the time “Good Nighty Oppy” reaches its teary conclusion, Ryan White and his collaborators have successfully made us fall in love with two robots who defied massive odds to bring us significant scientific breakthroughs that answer the centuries-old question, “are we alone in the universe?” Much like how Spirit and Opportunity defied the stats and outlasted their projected 90-day expiration date, “Good Night Oppy” has to overcome similar odds if it’s going to make Oscar history and become the first documentary to be nominated for Best Visual Effects. It’s a long, challenging road ahead, but we’ve seen so much progress for documentaries in the Oscar race in recent years outside of Best Documentary Feature; I would not be surprised if Amazon Studios managed to pull off a miracle.

“Good Night Oppy” is scheduled to be released in a limited release on November 4th, 2022, by Amazon Studios. It will then come to streaming on Prime Video on November 23rd, 2022. You can see the Next Best Picture team’s Oscar predictions for Best Visual Effects here.