“WHITNEY HOUSTON: I WANNA DANCE WITH SOMEBODY” 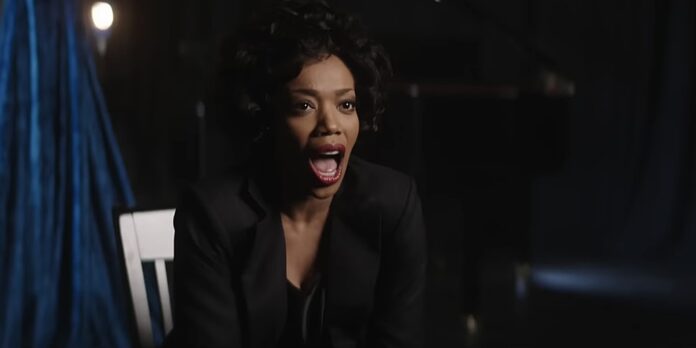 THE STORY – Discovered by record executive Clive Davis, Whitney Houston rises from obscurity to international fame in the 1980s to become one of the greatest singers of her generation.

Whitney Houston is one of the greatest vocalists who ever lived. Her clear-as-a-bell mezzo-soprano is one of music’s most versatile and distinctive instruments. The daughter of the legendary gospel singer Cissy Houston, Whitney is still the only recording artist – male or female, white or black – to have had seven consecutive number-one singles on the Billboard Hot 100 chart. She is an icon whose untimely death in 2012, at the age of 48, left a hole in popular music that cannot ever be filled. Ten years later, after two documentaries and a TV movie, comes the big-screen biopic treatment.

The team behind the film “I Wanna Dance With Somebody” should inspire some level of confidence: Screenwriter Anthony McCarten, who has been on a roll since 2014’s Oscar-nominated “The Theory of Everything” (receiving additional nominations for “Darkest Hour” and “The Two Popes“), and director Kasi Lemmons, who has been one of the more distinctive voices in putting black female lives on screen (“Eve’s Bayou” & “Harriet“). Sadly, it is McCarten’s other recent hit, “Bohemian Rhapsody,” a flashy but surface-skimming film about the rock band Queen and its lead singer Freddie Mercury, that proves to be the blueprint here. While “I Wanna Dance With Somebody” is fleet on its feet and offers a leading showcase role, it has precious little to say about its subject that we don’t already know. For a film about “The Voice,” it doesn’t have much of a voice of its own.

The film announces itself right off the bat as being about love: What we do to get it and what we do to keep it, as Whitney says by way of introducing the incomparable medley she performed at the 1994 American Music Awards. That’s all well and good, but it’s also frustratingly generic for such a singular human as Whitney Houston. The film is only nominally structured around Houston’s search for love, being far more interested in structuring itself as a feature-length greatest hits montage. It begins not long before young Whitney (Naomi Ackie) gets signed to a record deal by music mogul Clive Davis (Stanley Tucci), and over the course of the next two hours and twenty minutes, races from musical performance to musical performance, stopping only for the kind of family and drug-related drama we’ve seen in countless other musician biopics, often with little larger context. At one point, Whitney comes home early from traveling, and after realizing that her husband, Bobby Brown (Ashton Sanders), is not at home, whips out some drug paraphernalia, without the film having ever established that she did much more than smoke weed once with her brothers while their parents fought when she was a teenager.

McCarten seems to be the one to blame here, as his inability to write a biography without tipping over into hagiography is finally getting the best of him. In the film’s telling, Whitney just wanted to please everyone, and when she couldn’t, she turned to drugs. Other than that, she was blameless, a victim of… what exactly, McCarten doesn’t seem to be sure, making nods towards her mother’s perfectionism, her father’s mismanagement of her business, her inability to be with her best friend/lover Robyn Crawford (Nafessa Williams), Bobby Brown’s infidelity, and the black community’s insistence that she was a sell-out, without ever giving enough space to any of them so that the audience can see how Whitney was affected by them, both in the moment and long-term. Ackie does tremendous work showing how beaten down Houston becomes, but she has to fill in a lot of blanks in the script in order to sell it, and she only manages to do so through sheer force of charisma. A scene where she tells off a radio DJ for asking her if she thinks she’s “not black enough” is a corker, giving Ackie some delicious dialogue. Still, the strength Whitney shows in speaking up for herself is notably missing elsewhere in the film, without much explanation. It would be infuriating if Ackie wasn’t so good – she may not look much like Whitney, but she has the singer’s presence and boundless energy, making it impossible to look away from her. She has wonderful chemistry with every one of her scene partners, especially Tucci, a dead ringer for Clive Davis. A late scene in which Davis exhorts Whitney to go to rehab is beautifully played – you can feel his deep-seated worry for her as much as you feel her deep-seated shame that curdles into resentment for his daring to insert himself into her personal life.

In addition to well-acted moments like this, Lemmons manages to transfer Whitney’s iconic performances to the cinema in some thrilling scenes. Her breathtaking SuperBowl XXV rendition of “The Star-Spangled Banner” is filmed to match the grandiosity of her vocals. Her post-rehab performance on “Oprah” is an intimate show-stopper that seamlessly merges in actual footage from the taping. The 1994 AMA performance mentioned earlier makes for one hell of a finale, an all-too-potent reminder of just what we lost when she passed away. These performances are electrifying, possibly even as much as they were live, with everyone involved channeling Whitney’s essence as much as possible. But Whitney was so much more than just her voice, and it feels disingenuous for this film to focus so much on her performances when it has her say so many times that she just wants the space to be herself. “I Wanna Dance With Somebody” offers her some space to do that, but not very much, and only within the confines of traditional cradle-to-grave musical biopics. It doesn’t fully embrace the complex person she was, nor does it have any meaningful interpretation of her life. We don’t see much of her as a mother to Bobbi Kristina, as a producer, or as a woman with deep connections in the music industry. There is little discussion of how she impacted culture (no mention of the groundbreaking “Waiting to Exhale,” the TV hit “Being Bobby Brown,” the infamous “crack is wack” interview or her notable charity work), and little examination of the culture into which she launched her career. In Whitney’s first discussion with Clive Davis, he asks her what kind of music she likes. She says that she wants something big that will stretch her vocally. There’s no talk about marketing, packaging, or even her potential as a crossover artist; only about her voice. That’s a noble intent, but one that boils Whitney’s entire personality down to just her talent. She was more than just an incredible singing voice, and the film’s ultimate failure to engage with that marks it as a missed opportunity, albeit an entertaining one.

<b>THE GOOD - </b>Naomi Ackie is a talented, charismatic lead in this expectedly entertaining musician biopic.<br><br> <b>THE BAD - </b>Finds little new or interesting to say about Whitney Houston, the people who shaped her, or the culture that ate her up and spat her out.<br><br> <b>THE OSCAR PROSPECTS - </b><a href="/oscar-predictions-best-actress/">Best Actress</a> & <a href="/oscar-predictions-best-costume-design/">Best Costume Design</a><br><br> <b>THE FINAL SCORE - </b>5/10<br><br>"WHITNEY HOUSTON: I WANNA DANCE WITH SOMEBODY"