What Are Austin Butler’s Chances Of Winning Best Actor At The Oscars For “Elvis?” 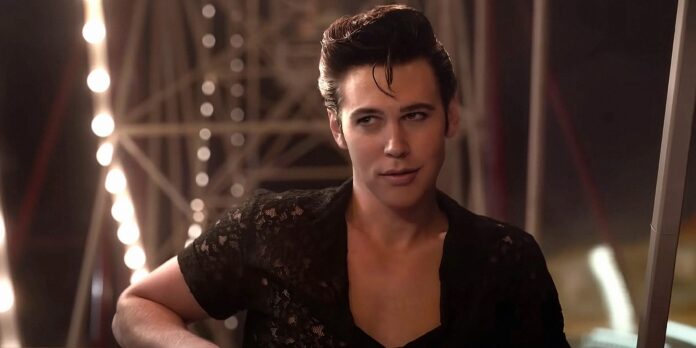 Since its premiere at Cannes in May of this year, Baz Luhrman’s bedazzled rock biopic “Elvis” has been in the conversation for the 2022-2023 awards race season. While its bombastic, ostentatious style has entranced some and repelled others, almost everyone can agree that the film’s lead actor, Austin Butler, was a certified knockout in his portrayal of the King of Rock n’ Roll. Even within negative reviews of the film, Butler’s performance was described by IndieWire’s David Ehrlich as “immaculate,” or in the kind words of Robert Daniels: “Butler, an unlikely Elvis, tightly grips the reins by providing one show-stopping note after another. There isn’t a hint of fakery in anything Butler does.” Even our own Editor In Chief, Matt Neglia, has been a firm defender of Butler’s performance, even if he finds the rest of the film to be uneven.

“Elvis” is the third biopic film in the past four years about a legendary male rock musician (not including the unauthorized David Bowie film that couldn’t get the rights to any of the Thin White Duke’s discography). Naturally, its proximity to such titles as “Bohemian Rhapsody” (about Freddie Mercury and Queen) and “Rocketman” (about Elton John) has drawn several comparisons between the three film’s respective lead actors and their varying reception during their respective awards seasons.

Three awards, in particular, encapsulate Rami Malek and Taron Egerton’s paths during their respective awards seasons: The Golden Globes, the Screen Actors Guild Awards, and the British Academy of Film and Television Awards. Each voting body nominated both actors as the Best Actor in a Leading Role (in a Musical/Comedy for the Golden Globes). Malek won all these awards, while Egerton only won the Golden Globe. While each actor won approximately the same amount of critic’s circle awards for their respective performances, Malek had a significantly higher number of nominations, indicating a much broader, universal love for his performance and film, which would ultimately go on to be nominated for Best Picture and win four Academy Awards including Best Actor, Best Film Editing, Best Sound Editing, and Best Sound Mixing. “Rocketman” would only receive a single nomination for its original song “(I’m Gonna) Love Me Again,” which songwriters Elton John and Bernie Taupin rightfully won.

Despite their obvious thematic similarities, the films spurred significantly different conversations between audiences and the general public. “Bohemian Rhapsody” made almost $1 billion worldwide on a budget of $52 million, becoming both the highest-grossing musical biopic film of all time and the sixth highest-grossing film of 2019. “Rocketman,” on the other hand, who many assumed would be a similarly high-grossing smash, made a relatively modest $200 million worldwide on a budget of $40 million. In this respect, “Elvis” more closely resembles the latter, with a worldwide total of just under $300 million on an eye-popping budget of $85 million. While “Elvis,” like many non-comic book/franchise films released since 2020, can use the pandemic as reasoning for smaller box office numbers, the disparity between “Rocketman” and “Bohemian Rhapsody” takes further investigation. Audiences may have had musical-biopic-fatigue after “Bohemian Rhapsody’s” explosion onto the pop-culture scene (including its significant meme-ification), they may have been wary that “Rocketman” was an actual song-and-dance musical, or may have been more comfortable with “Bohemian Rhapsody’s” more understated portrayal of queerness compared to “Rocketman’s.” Whether or not their box-office performances affected their lead actor’s chances at an Oscar nomination will be an eternal debate between correlation and causation.

Rami Malek had industry recognition, something Taron Egerton did not possess, and currently, Butler does not either. By the time the Oscars had rolled around, Malek had already won a Primetime Emmy Award for his performance on “Mr. Robot” while all Egerton had done in his career up till that point that was of note was star in “The Kingsman.” Butler is in a similar situation as Edgerton; his stardom has recently arrived with “Elvis” and will continue to soar next year with “Dune Part Two.” One thing tipping the scales in Butler’s favor amongst the industry, though, is that, unlike Malek, Butler did a significant amount of his own singing while also committing to the persona of the musical star he’s depicting physically on stage and through speech and mannerisms.

A lot has also been brought up about Butler’s age, as the Academy does not typically like to reward younger actors for Best Actor. Edgerton was 29 at the time of his film’s release and was 30 by the time the Oscar ceremony occurred, while Malek was 37 when he won the Oscar. Butler is 31 years old, putting him at no. 5 amongst the top ten as the youngest winner of all time between Maximilian Schell in “Judgment at Nuremberg” and Nicolas Cage for “Leaving Las Vegas.” He would be even younger than Eddie Redmayne was when he won for “The Theory Of Everything,” but ahead of Adrian Brody, who is still leading the way in this category as the youngest winner of all time at 29 years old for “The Pianist.”

Austin Butler’s Oscar nomination is essentially guaranteed based on “Elvis‘” success and his near-universal praise from critics, audiences, and fellow actors. His chances of winning, however, appear to be neck-and-neck with Colin Farrell’s darkly comedic and tragic performance in “The Banshees Of Inisherin” and Brendan Fraser’s heartbreaking comeback performance in “The Whale.” Farrell’s performance is understated and full of nuance compared to Butler’s breathtaking invocation. The two will not be able to compete against one another at the Golden Globes as Farrell was nominated in the Comedy/Musical category, and Butler was nominated in Drama. However, Butler’s upcoming showdown with Fraser at the Globes will be telling as some feel the Globes may want to reward Fraser as an apology for the sexual assault committed upon him many years ago (Fraser has publicly stated he will not be attending this year’s ceremony). Should Butler prevail though alongside Farrell and is able to give a televised speech, this will provide him with enough possible momentum to go up against the three head-to-head a week later at the Critics Choice Awards. Should Butler also prevail there, it’s pretty much almost game over for Farrell and Fraser unless one of them wins SAG, BAFTA, or both. Farrell has been steamrolling his way through several critics’ groups, emerging as the leading frontrunner in overall prizes, including big wins from Venice (where he competed directly against Fraser), NYFCC, and NBR. His film, like Butler’s, is set to receive a Best Picture nomination, while Fraser’s film will most likely not (though it’s still likely to receive additional nominations for Best Adapted Screenplay and Best Makeup & Hairstyling).

The Academy, in recent years, has told us, and other awards bodies made up of industry voters, they are suckers for prosthetic-laden biopic performances of familiar, beloved pop-culture icons. Much of that has to do with the easily digestible nature of how musical biopics are constructed and consumed by audiences, which is why they’re still financially successful and continue to get greenlit. But another factor is the makeup transformation, something “Elvis” contains an abundance of but so too does “The Whale.” In the past twenty years, nine of the Best Actor and Best Actress Oscar winners also received Oscar nominations for Best Makeup & Hairstyling. However, the biggest edge Butler will have is if “Elvis” is nominated for both Best Makeup & Hairstyling and Best Picture as thirty leading performance winners from the last twenty years had a Best Picture nomination.

As of today, eight of the twelve Nest Best Picture team members are predicting Butler to win Best Actor, while three put their names behind Farrell and one behind Fraser. Butler has already collected a handful of recognition from various regional and national critical groups in terms of nominations, creating a solid foundation for his upcoming awards campaign. However, he has so far been regulated to winning Breakout awards rather than the actual Best Actor prizes. This could all change once we get to the televised awards, as Malek had barely won anything before we got to that point in the season, and the same thing happened with Will Smith last year too.

Regardless of Butler’s success at the Oscars, a nomination for such a young actor and one who came from relative obscurity (not including his status as a certified 2010’s Disney hunk) bodes well for his future career. Even if he does not win this year, he has a good chance of receiving a handful of nominations (and maybe wins) later in life.

What do you think? Will Austin Butler win the Oscar for Best Actor for his committed performance as Elvis Presley in “Elvis“? Who are you predicting to be nominated for Best Actor? Please let us know your thoughts in the comments section below or on our Twitter account and check out the Next Best Picture team’s latest Oscar predictions here.