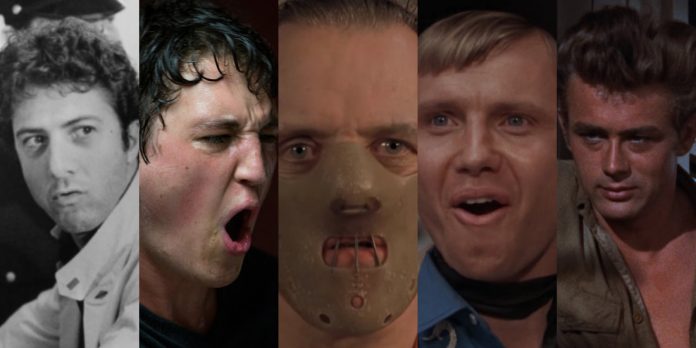 Our Patreon Podcast series for “Last Best Picture” continues with a new month and a new poll of 10 randomly selected Best Picture Winners/Nominees for you to choose from. The winner of which will be reviewed on the podcast in August 2018. Stay tuned for July’s winner (“Casablanca”) which will go up later this month.

Head on over to the polls page to vote and take a look at the new films below. Voting ends July 28th 2018. 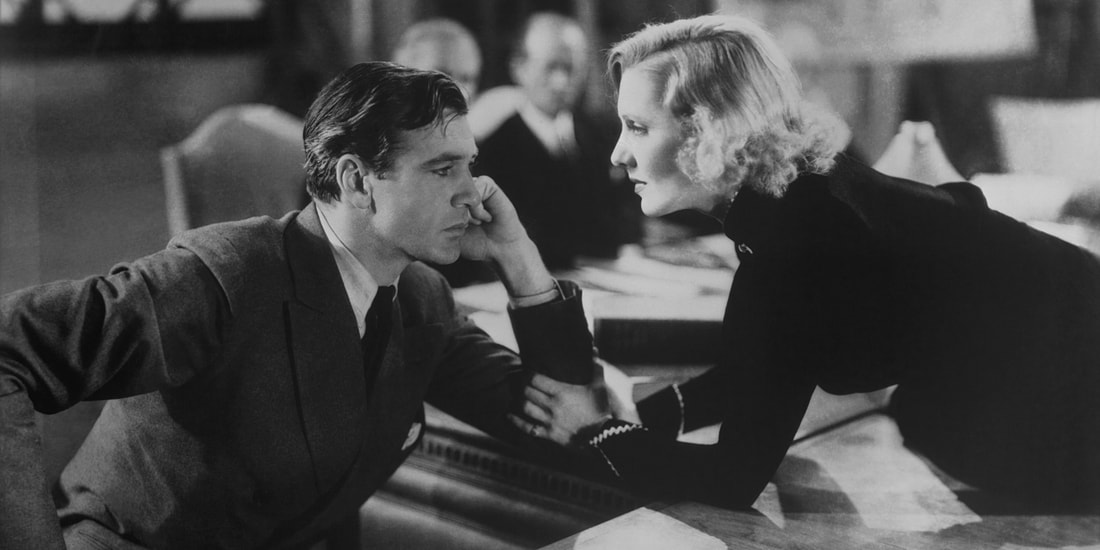 THE STORY: ​Longfellow Deeds (Gary Cooper), a resident of small-town Vermont, leads a simple life until he inherits a vast fortune from a late uncle. Soon, unscrupulous lawyer John Cedar (Douglas Dumbrille) brings Deeds to New York City, where the unassuming heir is the object of much media attention. When wily reporter Babe Bennett (Jean Arthur) gains the trust and affection of Deeds, she uses her position to publish condescending articles about him — but are her feelings for him really that shallow? 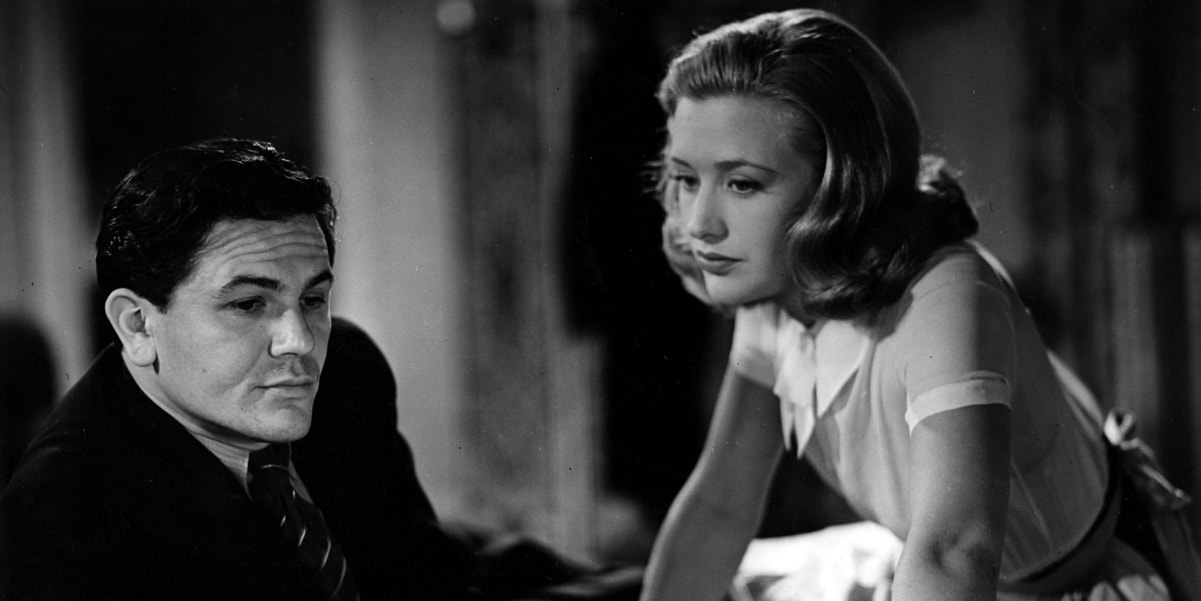 THE STORY: The Lemp daughters — Ann (Priscilla Lane), Kay (Rosemary Lane), Thea (Lola Lane) and Emma (Gale Page) — belong to a family of talented musicians, with their father, Adam (Claude Rains), at the helm. To bring in extra income, the Lemps rent rooms in the house, which brings in composer Felix Deitz (Jeffrey Lynn) and pianist Mickey Borden (John Garfield). Since the daughters are all of marrying age and the men are bachelors, complications arise when love enters the household.
​
THE CAST: Priscilla Lane, Rosemary Lane, Lola Lane & Gale Page 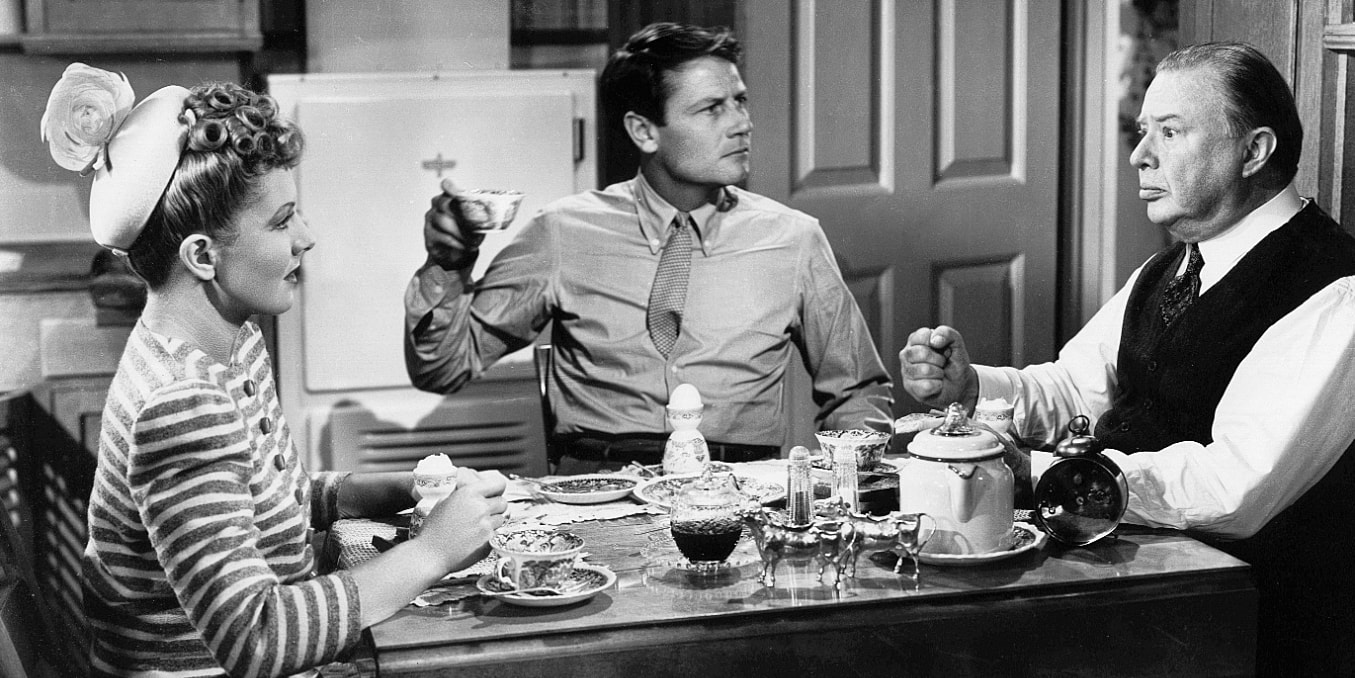 THE STORY: Due to a housing shortage in Washington, D.C., during World War II, Connie Milligan (Jean Arthur) agrees to rent part of her apartment to wealthy retiree Benjamin Dingle (Charles Coburn) and soldier Joe Carter (Joel McCrea). Although Connie is engaged to the unexciting Charles Pendergast (Richard Gaines), she becomes fond of Joe. When Dingle notices their interests in each other, he attempts to play matchmaker — but instead causes problems for the entire apartment.
​
THE CAST: Jean Arthur, Joel McCrea & Charles Coburn 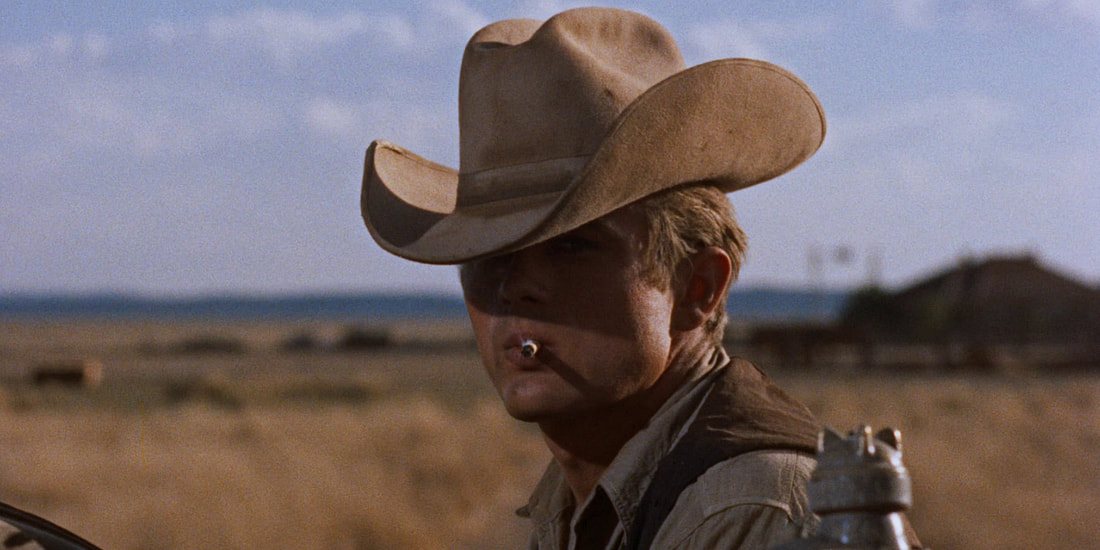 THE STORY: Wealthy Texas rancher Bick Benedict (Rock Hudson) shakes things up at home when he returns from a trip to the East Coast with a love interest, the refined Leslie Lynnton (Elizabeth Taylor). Bick and Leslie get married, but she clashes with his sister, Luz (Mercedes McCambridge), and wins the admiration of the ambitious young Jett Rink (James Dean). Bick and Jett form a tense rivalry that continues to surface as the years pass and fortunes change in this sweeping drama.
​
THE CAST: Elizabeth Taylor, Rock Hudson, James Dean, Carroll Baker, Jane Withers, Chill Wills, Mercedes McCambridge, Sal Mineo & Dennis Hopper THE STORY: In 1920s Australia, Paddy Carmody (Robert Mitchum) is a roaming Irish sheepherder who loves his nomadic lifestyle. His wife, Ida (Deborah Kerr), and young son, Sean (Michael Anderson Jr.), don’t share his wanderlust, and family tensions come to a head after Ida persuades Paddy to settle down with a steady job. Meanwhile, the family’s boarder (Peter Ustinov) has to contend with the rigors of outback life and the attentions of a hotel-keeper (Glynis Johns) looking to land a husband.
​
THE CAST: Deborah Kerr, Robert Mitchum & Peter Ustinov 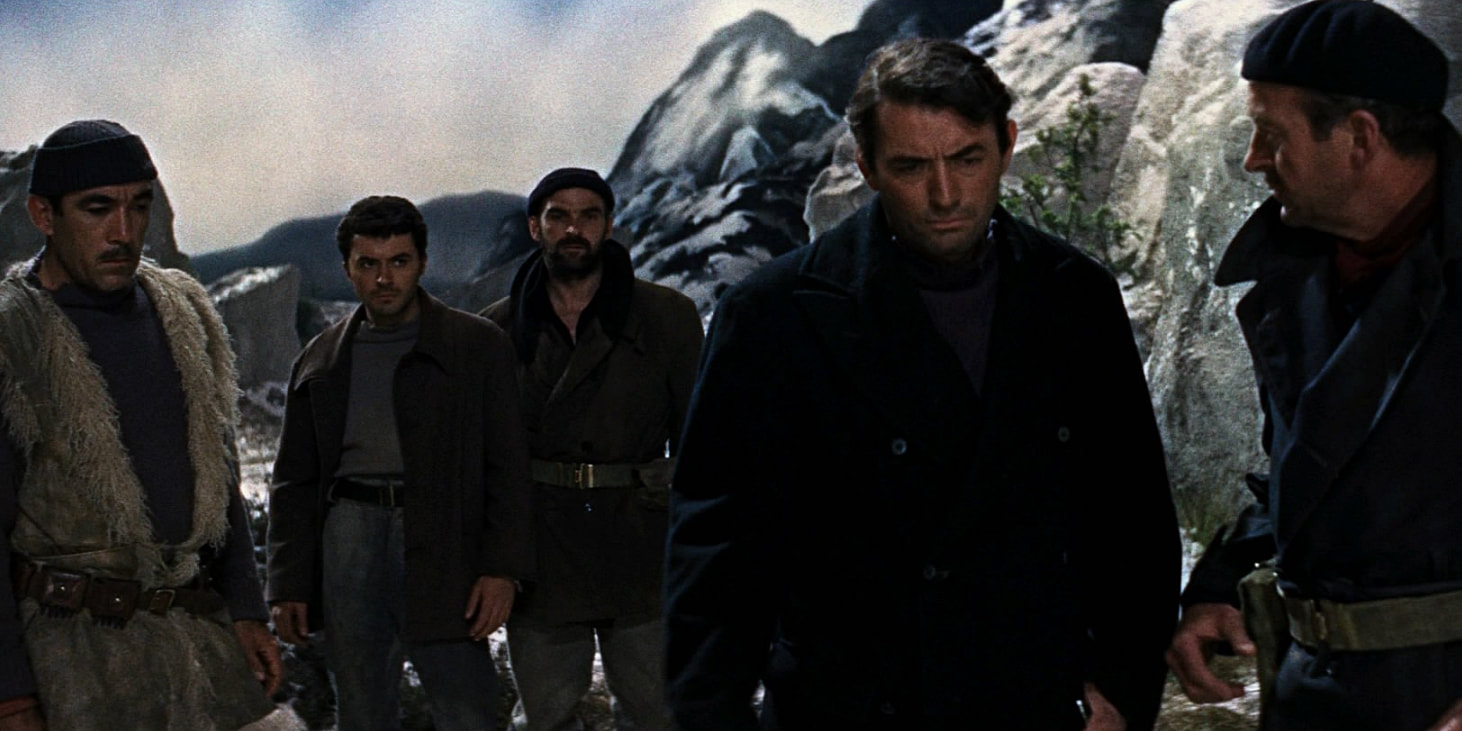 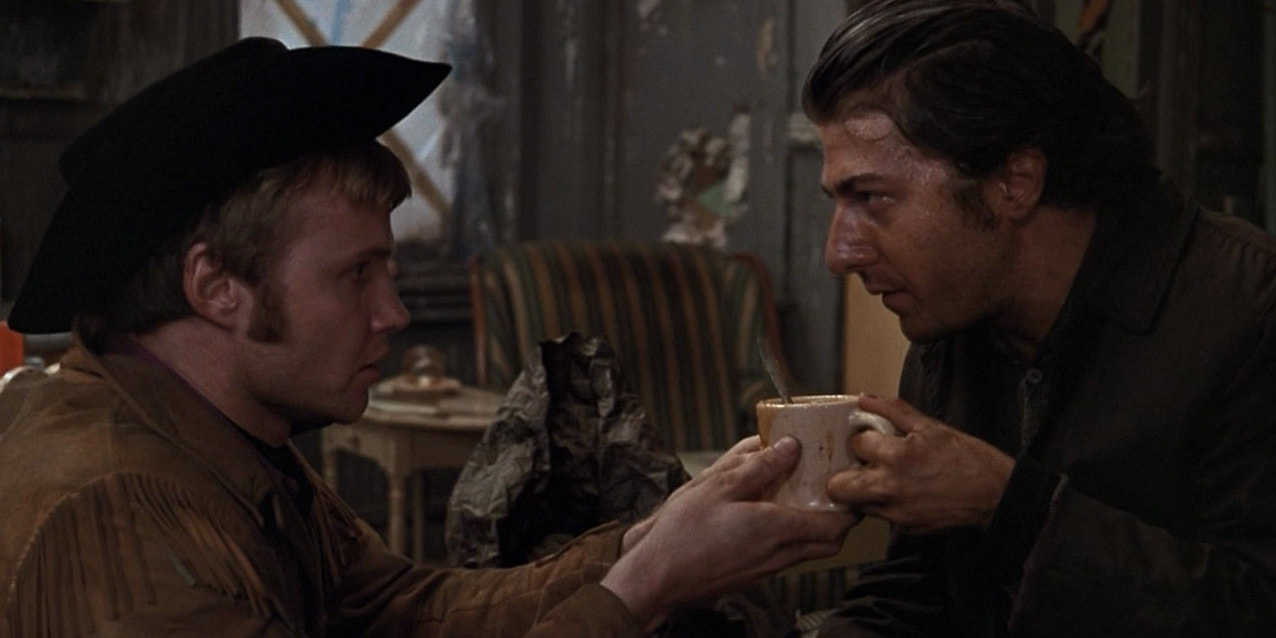 THE STORY: Convinced of his irresistible appeal to women, Texas dishwasher Joe Buck (Jon Voight) quits his job and heads for New York City, thinking he’ll latch on to some rich dowager. New York, however, is not as hospitable as he imagined, and Joe soon finds himself living in an abandoned building with a Dickensian layabout named Enrico “Ratso” Rizzo (Dustin Hoffman). The two form a rough alliance, and together they kick-start Joe’s hustling career just as Ratso’s health begins to deteriorate.
​
THE CAST: Dustin Hoffman & Jon Voigt 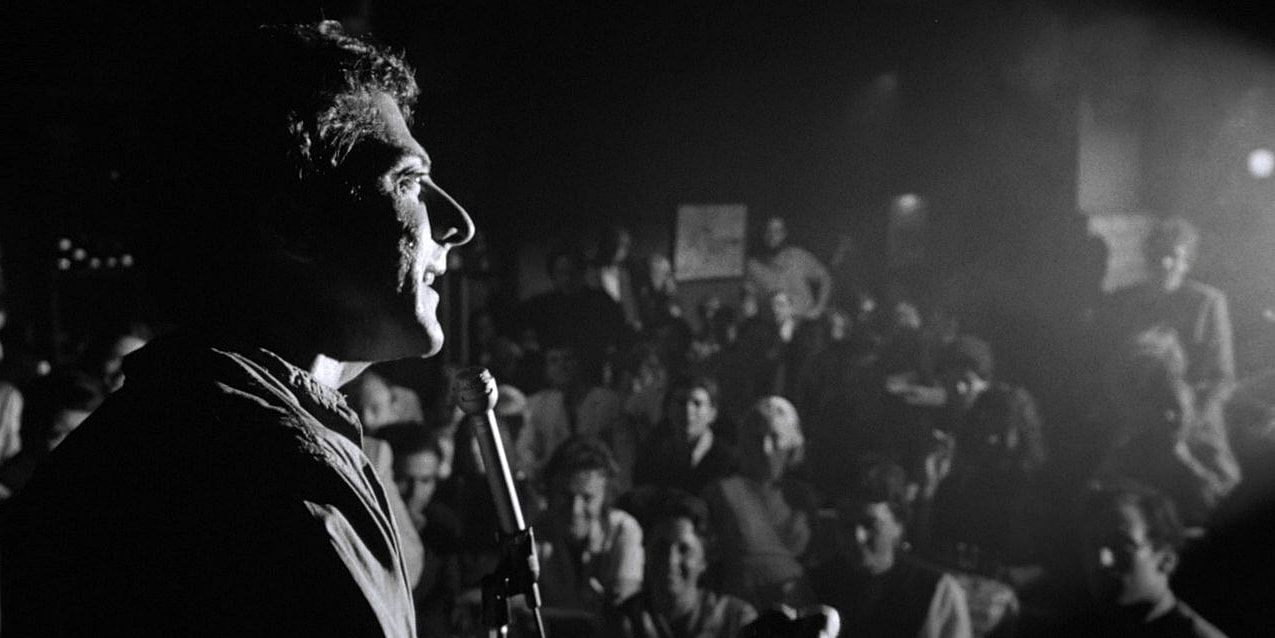 THE STORY: Controversial comedian Lenny Bruce (Dustin Hoffman) begins his career telling bad jokes to bored audiences in the 1950s, but can’t repress his desire to unleash edgier material. When he does, he begins a one-man campaign to break down social hypocrisy, and his groundbreaking stage act propels him to cult-hero status. When authorities ban Lenny’s act for obscenity, he begins a downward spiral of drugs, sex and debt, aided by his bombshell wife, a stripper named Honey (Valerie Perrine).
​
THE CAST: Dustin Hoffman & Valerie Perrine THE STORY: Jodie Foster stars as Clarice Starling, a top student at the FBI’s training academy. Jack Crawford (Scott Glenn) wants Clarice to interview Dr. Hannibal Lecter (Anthony Hopkins), a brilliant psychiatrist who is also a violent psychopath, serving life behind bars for various acts of murder and cannibalism. Crawford believes that Lecter may have insight into a case and that Starling, as an attractive young woman, may be just the bait to draw him out.
​
THE CAST: Jodie Foster, Anthony Hopkins, Scott Glenn & Ted Levine 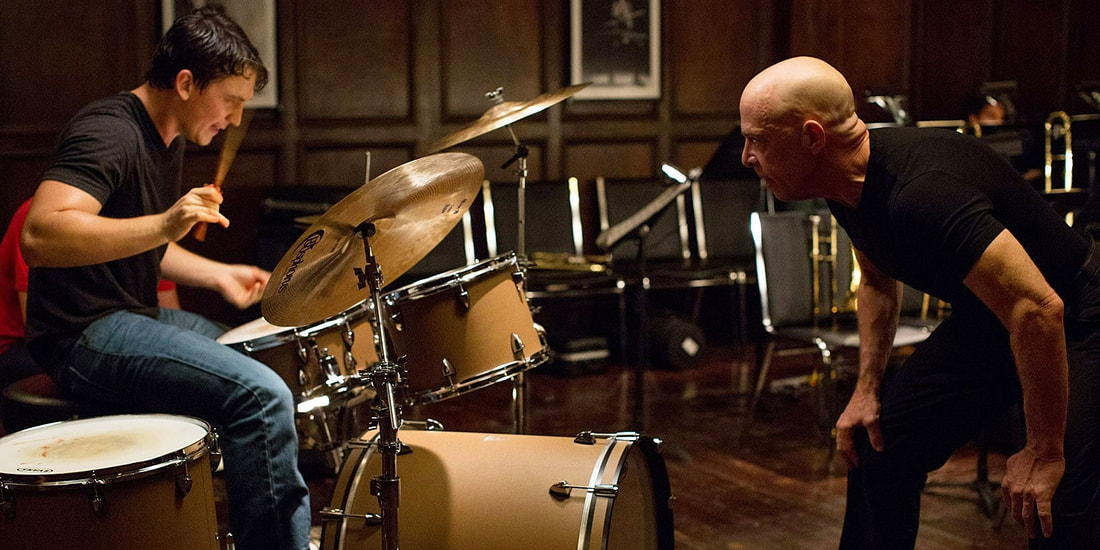 THE STORY: Andrew Neiman (Miles Teller) is an ambitious young jazz drummer, in pursuit of rising to the top of his elite music conservatory. Terence Fletcher (J.K. Simmons), an instructor known for his terrifying teaching methods, discovers Andrew and transfers the aspiring drummer into the top jazz ensemble, forever changing the young man’s life. But Andrew’s passion to achieve perfection quickly spirals into obsession, as his ruthless teacher pushes him to the brink of his ability and his sanity.