Exclusive – A Timeless Message: “All Quiet On The Western Front” 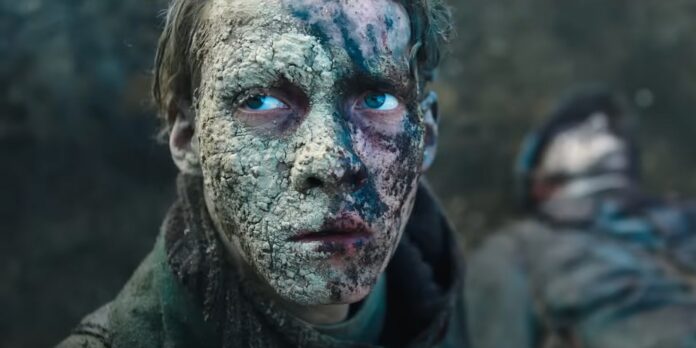 Much has been said about yesterday’s Oscars shortlists, but one consistent talking point was the remarkable showing of Edward Berger’s “All Quiet On The Western Front” had, placing on the shortlists for Best International Feature Film, Best Original Score, Best Makeup & Hairstyling, Best Sound, and Best Visual Effects. The Netflix film has been heralded as the technical achievement of the year, and with such a strong showing amongst different branches of the Academy, the brutal German WWI film based on the world-renowned novel by Erich Maria Remarque is in the prime position to be the most Oscar-nominated international film of the year. We’ve already interviewed Edward Berger and taken you behind the scenes with leading actor Felix Krammerer, his co-star and executive producer Daniel Brühl, producer Malte Grunert, and composer Volker Bertelmannan and now we have an exclusive featurette looking at the harrowing, unforgettable and timeless story that is “All Quiet On The Western Front.”

Please let us know your thoughts about “All Quiet On The Western Front” in the comments section below or on our Twitter account. If you have not seen it yet, it’s currently available to stream on Netflix. And please take a look at our latest Oscar predictions here.