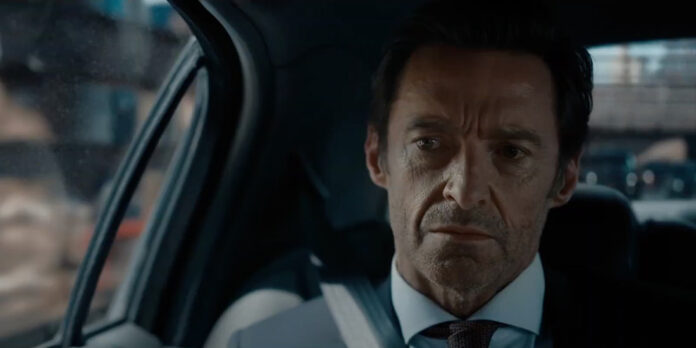 Sony Pictures Classics has released the trailer for Florian Zeller’s “The Son” starring starring Hugh Jackman, Laura Dern, Vanessa Kirby, Zen McGrath, Anthony Hopkins & Hugh Quarshie. The film will have its world premiere as at the Venice Film Festival, then play at the Toronto International Film Festival before being released in theaters on November 11th.

Plot Synopsis: A drama that follows a family as it struggles to reunite after falling apart. The Son centers on Peter, whose hectic life with his infant and new partner Beth is upended when his ex-wife Kate appears with their son Nicholas, who is now a teenager. The young man has been missing from school for months and is troubled, distant, and angry. Peter strives to take care of Nicholas as he would have liked his own father to have taken care of him while juggling work, his and Beth’s new son, and the offer of his dream position in Washington. However, by reaching for the past to correct its mistakes, he loses sight of how to hold onto Nicholas in the present.

​What do you all think of the trailer? It’s very brief (less than a minute), but at least we can finally say we’ve seen something from Florian Zeller’s follow-up film to his Academy Award-winning feature debut, “The Father.” Will Hugh Jackman repeat as a Best Actor winner as Anthony Hopkins did under Zeller’s direction? The teaser indicates that it will be an emotionally taxing role and story, especially for parents. I’m not sure I’m entirely sold on the visual aesthetic Zeller is taking here. Still, as mentioned before, the trailer is so short (and poorly cut) that it’s tough to gauge anything else about the film outside of the performances and the dramatic weight of the subject matter (tend depression and family disintegration). Laura Darn had a standout moment but will it be her or Vanessa Kirby who competes in Best Supporting Actress? And what about newcomer Zac McGrath, who is barely featured here but supposedly has a juicy part that could pack an emotional wallop for audiences, critics, and Academy voters? The trailer didn’t show much, but at least it’s something until we hear more after the film’s world premiere in Venice. I’m personally hoping to catch it at TIFF, and we’ll see. “The Father” was easily one of my favorite films of 2020, so the bar is very high for Zeller and his team. What do you all think, though? Please let us know your thoughts in the comments section below or on our Twitter account.