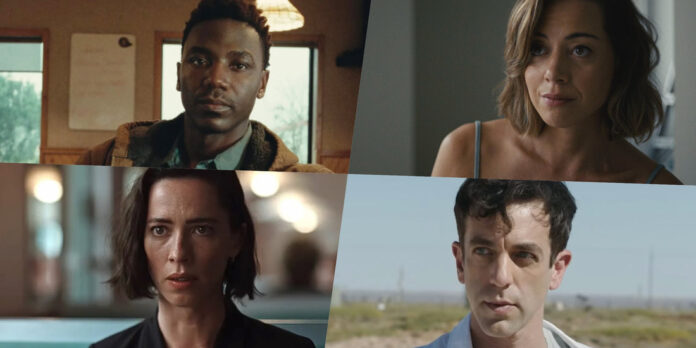 The summer movie season is quickly coming to a close, and while you likely caught up with the biggest blockbusters that were released between May and August (“Top Gun: Maverick” & “Doctor Strange in the Multiverse of Madness“) and maybe even some mid-budget studio fare (“Elvis” & “Nope“), there are bound to be a few films that fall through the cracks. Either because they don’t receive as big a promotional push as these aforementioned flicks, or they may not have even played at a theater near you. And that is why, before we say goodbye to the summer movie season, we at Next Best Picture thought it would be important to highlight the incredible indies that did not receive the love they deserve (many of which are now available to rent or stream at your pleasure).

“Emergency“
Carey Williams and KD Dávila’s “Emergency” is a supremely suspenseful social thriller that premiered at this year’s Sundance Film Festival (as is the case for many films on this list) and follows three college students of color (Donald Elise Watkins, RJ Cyler, and Sebastian Chacon) who, upon discovering the body of an unconscious white girl in their living room, must weigh the pros and cons of calling the police or attempting to take care of her themselves, aware of how this situation might look like to an outsider. Dávila’s script is razor-sharp (winning the Waldo Salt Screenwriting Award at Sundance), and Donald Elise Watkins and RJ Cyler balance the drama and comedy brilliantly.

“Emily The Criminal“
With its recent theatrical release occurring this past weekend, there’s, thankfully, still time to catch up with “Emily The Criminal,” a white-knuckle thriller starring one of the Internet’s favorite actresses, Aubrey Plaza, while subversively tackling several prominent social issues. The film follows the titular Emily (Plaza), a woman saddled with student debt and locked out of the job market due to a minor criminal record which turns into “dummy shopping,” where she buys goods with stolen credit cards supplied by a seductive middleman named Youcef (Theo Rossi). Over time, she becomes more and more in over her head – captivated by the quick cash – as her persistence to escape her present financial situation pushes her to the limit, making for a riveting (and raucously entertaining) ride.

“Fire Of Love“
With its vibrant visuals and surprisingly stirring story, “Fire Of Love” may very well be our current Best Documentary Feature frontrunner, which means there is no better time to catch up with it before you’re inundated with other awards contenders to watch—spotlighting the love between the late Katia and Maurice Krafft – two volcanologists who captured some of the most explosive imagery ever recorded before tragically losing their lives during a 1991 volcanic explosion on Japan’s Mount Unzen, despite leaving behind a legacy that reshaped the scientific world. “Fire Of Love” is not only an enormously emotional cinematic experience but a breathtakingly beautiful one as well. Simply put, you won’t find many more delectable documentaries this year.

“A Love Song“
Cherished character actors Dale Dickey and Wes Studi finally get their long-awaited time to shine with the understated romantic drama “A Love Song,” which follows two lovers who reunite later in life for a second chance at happiness after losing their former partners. In his directorial debut, Max Walker-Silverman takes a simple but stupendously affecting approach to showcasing a love story we rarely see on the big screen, with Dickey and Studi making the most of their ‘movie star moments.’ Particularly Dickey, who receives the first leading role of her career here – and you’ll be hard pressed to shake the film’s deeply felt and resonant resolution.

“On The Count Of Three“
Nearly a year and a half after it premiered at the 2021 Sundance Film Festival, Jerrod Carmichael’s “On The Count Of Three” finally debuted in theaters this past May, and it is now available on Hulu. The film centers around two friends (Carmichael and Christopher Abbott) who make a suicide pact and set out to have one final day to take care of “unfinished business.” “On The Count Of Three” features a blistering balance of comedy and drama with a scorching script from Ari Katcher and Ryan Welch (which won the Waldo Salt Screenwriting Award at Sundance). Not to mention the surplus of strong supporting roles for stars like Henry Winkler, Tiffany Haddish, and J.B. Smoove. If you’re a fan of Carmichael’s “Rothaniel,” you are likely to be equally as satisfied.

“Resurrection“
If I had a nickel for every time a mind-bending Rebecca Hall horror movie premiered at Sundance, I’d have two nickels (2020’s “The Night House” and this year’s “Resurrection“), which isn’t a lot, but it’s weird that it’s happened twice. Still, if they’re as good as these two, keep ’em coming. At this point, I think it’s physically impossible for Hall to turn in a performance that isn’t perfect, and even in a film as absurd as “Resurrection,” she grounds the occasionally surreal story with her gutsy gravitas and courageous commitment to her character. Don’t get too concerned with the particulars of the plot beyond the basics (a monstrous man from her past tracks down a woman), and go in with next-to-no knowledge of what’s ahead, letting yourself enjoy the eccentric but engrossing experience in its entirety.

“The Sea Beast“
“The Sea Beast,” the latest animated feature from “Bolt” and “Big Hero 6” director Chris Williams – who has since migrated over to Netflix – centers around a legendary sea monster hunter (voiced by “The Boys'” Karl Urban) and the young girl who stows away on his ship (newcomer Zaris-Angel Hator), as they take off on an epic journey into uncharted waters – and make history. Filled with arresting animation, audacious action, and even some unexpected emotion, “The Sea Beast” is an animated film that will enchant younger and older audiences equally. And given that it is sure to receive a robust awards campaign from Netflix this fall thanks to its sterling critical scores, it is best to be caught up ahead of time.

“Vengeance“
“Vengeance,” B.J. Novak’s directorial debut – which he also wrote and starred in – is far more than its marketing would lead you to believe, as a murder mystery comedy that doubles as an astute observation of modern American society. The initial set-up is a little silly (intentionally so) – a journalist and podcaster from New York City (Novak) are called to West Texas to attend the funeral of a girl he once hooked up with, with her kooky family believing they were an actual couple. But once the silliness subsides, the plot takes a wild turn as Abilene’s brother believes she was murdered and recruits Ben to help him seek vengeance. At first, Ben goes along for the opportunity to make a podcast out of this odyssey. But soon, it is revealed that there’s more taking place in West Texas than he first thought, exposing some ugly truths about America that we’ve tried to ignore but still remains in the shadows.

“Watcher“
It’s been clear since the one-two punch of “The Guest” and “It Follows” in 2014 that Maika Monroe was one of our generation’s signature Scream Queens. Despite the years since she was able to star in a true-blue horror film, we now find the star in this year’s “Watcher,” as a young American woman who moves with her husband to Bucharest and begins to suspect that a stranger who watches her from the apartment building across the street may be a local serial killer who is targeting women. We rarely get paranoid thrillers as petrifying as this these days. Even though it might not add anything new to the stalker subgenre, “Watcher” is still a stellar example of a horror story at its strongest and scariest, thanks to the spellbinding style employed by writer-director Chloe Okuno and wonderful work from Monroe in the lead role.

Which of these films have you seen? What did you think? What were some of your favorite underrated movies of the summer of 2022? Please let us know your thoughts in the comments section below or on our Twitter account.