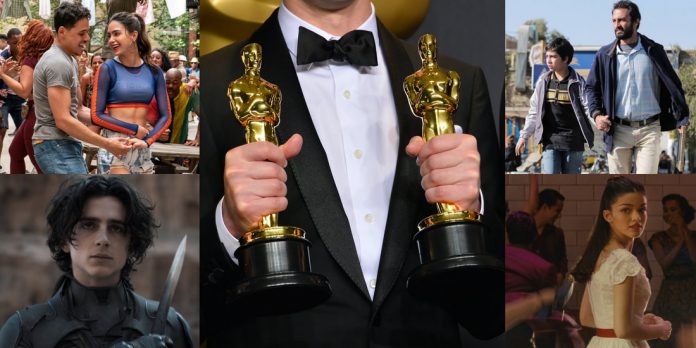 In a piece at Variety, the Academy of Motion Picture Arts and Sciences (AMPAS) announced new rule changes today. In addition to affirming a shift from a sliding scale of five to ten nominations to a firm ten Nominees, as was the case in the 2009 and 2010 seasons, AMPAS has announced a few significant changes which will take effect for this year’s ceremony.

Secondly, the Best International Feature Film and Short Film shortlists will now be expanded from ten to fifteen films to be narrowed down to the ultimate five nominees when the Oscar nominations are announced.

Thirdly, the sound and music categories are getting quite a shake-up. After a controversial merging of the sound categories this past year, some voters had expressed concerns that the loudest blockbusters and musicals might dominate a merged sound category. To avoid this, the branch has returned to a beloved practice of the Sound Bake-off. Until 2006, the branch featured a bake-off, just like the Makeup and Visual Effects branches used to select the Oscar nominees. We recently covered the long history of the sound bake-off last year. Ten shortlisted films (chosen in advance by the entire branch) will screen reels for sound voters, who will then select five nominees from the ten films.

Additionally, the music branch has limited Best Original Song submissions to 5 songs per film, no doubt done just in time for this year’s onslaught of musicals, while the requirements for Best Original Score have been changed so that a film’s score no longer needs to comprise the previous high 60% of total music in the movie, and needs only to be 35% of the music in the film. This should open the door for many kinds of scores (including musicals) to qualify for the award that previously might have been disqualified.

What do you think of these changes? Let us know your thoughts in the comments section below or on our Twitter account.