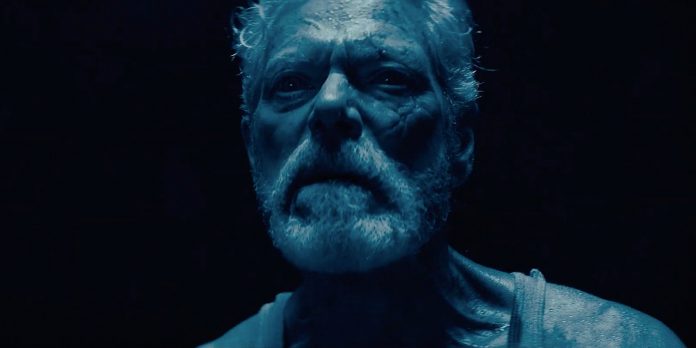 By Matt Neglia
​
Sony Pictures has released the trailer for “Don’t Breathe 2” starring Stephen Lang, Brendan Sexton III & Madelyn Grace. The film will be released in theaters on August 13th, 2021.

​Plot Synopsis: The Blind Man has been hiding out for several years in an isolated cabin and has taken in and raised a young girl orphaned from a devastating house fire. Their quiet life together is shattered when a group of criminals kidnap the girl, forcing the Blind Man to leave his safe haven to save her.

What do you all think of the trailer? It looks like the sequel is going all “T2: Judgment Day” on us by turning the villain of the first film into this film’s hero. I’m not sure how it will translate (considering the horrific things he did in the first film), but the premise of an old blind but highly skilled and dangerous man picking off thugs one by one while trying to protect a little girl could be a recipe for success if executed properly. Honestly, I’m just happy that Stephen Lang is getting more work after the success of “Don’t Breathe.” But what I’m really hoping for is that the film can match the original’s ability to illicit genuine dread and horror through its excellent sound work despite the director change (Fede Álvarez is not directing this time around). Let us know your thoughts though in the comments below or on our Twitter account.