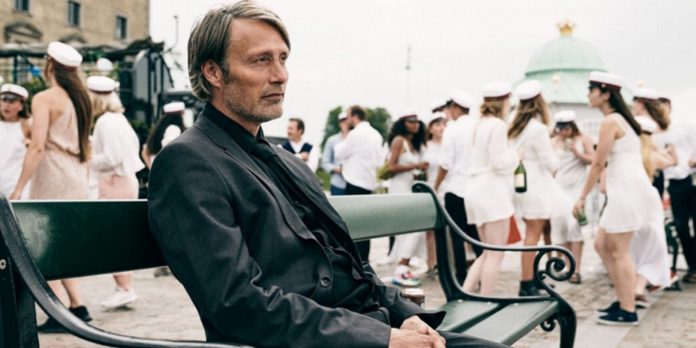 After two years of International Feature Oscar races that felt locked up from the word go due to the presence of Best Picture Nominees “Roma” and “Parasite,” this year presents an unpredictable and wide-open Oscar field. And with the submission deadline ending today, we now know our entries in this year’s race.

The Academy’s restrictive process of selecting international film contenders has made this year’s race even more inscrutable. Each country is allowed to submit one film for Oscar consideration. Every year, this process leads to surprises. Last year, France raised eyebrows when they chose to submit “Les Misérables” instead of “Portrait of a Lady on Fire.” This year, many countries have defied expectations, choosing to submit smaller films over ones that many predicted to be significant awards players. Mexico opted to submit “I’m No Longer Here” over Sundance Next! Award Winner “I Carry You with Me” and Venice Silver Lion winner “New Order.” Italy opted for the documentary “Notturno” instead of Netflix’s Sophia Loren-led Best Actress contender “The Life Ahead.” India picked the action film “Jallikattu” over Venice FIREPRESCI winner “The Disciple.”

All of the un-submitted films above were perceived as major contenders for nominations or even wins in the category. Their absence in favor of documentaries and genre films portends an unusual year for the category open to unorthodox contenders.

After “Honeyland” made history last year as the first Documentary to be nominated for both International Film and Documentary Feature, many countries have followed suit. Where once it was an anomaly to see documentaries submitted in this category, this year, the submissions from Brazil, Chile, Italy, Kenya, Luxembourg, Romania, and Venezuela are all documentaries. Romania’s submission “Collective,” in particular, is viewed as a formidable contender in both categories due to its timeliness.

In addition to a large presence of documentaries, several genre films are in play this year. As mentioned earlier, India’s submission “Jallikattu” is an action film. Guatemala, Indonesia, and Malaysia have all submitted horror films (“La Llorona,” “Impetigore,” and “Roh” respectively.) South Korea’s “The Man Standing Next” is a ’70s-esque political surveillance thriller. Greece’s “Apples” and Ukraine’s “Atlantis” are both sci-fi.

What’s more, all or most of the above seem like viable contenders in the absence of many runaways. Thus far, the only “sure thing” seems to be Denmark’s “Another Round,” which won the Audience Award at the London Film Festival and has already racked up a slew of European Film Nominations. Due to its high-profile director and star combo (“The Hunt’s” Thomas Vinterberg and Mads Mikkelsen teaming up again), and effective publicity from distributor Samuel Goldwyn, it seems poised to be a big contender. Another buzzy title is Bosnia and Herzegovina’s “Quo Vadis, Aida?” which earned raves at Venice and Toronto. It has yet to land a distributor and needs an effective campaign to keep its momentum going, though.

Mexico’s “I’m No Longer Here” is being pushed heavily by Guillermo Del Toro and Alfonso Cuarón. It also has Netflix campaigning it – a streamer that has the funds to keep it in voter’s minds. Ivory Coast’s “Night of the Kings” is visually dynamic and won the Amplify award at Toronto and has been acquired by Neon. Neon’s track record with international films in light of “Parasite” needs no explanation. In that vein, Neon also has Russia’s “Dear Comrades,” which received a Special Jury Prize at Venice. “Charlatan,” the Czech Republic’s submission is worth keeping an eye on as well. It is directed by Agnieszka Holland, an Oscar nominee for writing “Europa, Europa” and the director of the 2010 International Film Nominee, “In Darkness.” Finally, Switzerland’s “My Little Sister” is a film that apparently makes everyone cry, and that can certainly never hurt.

In short, in the absence of a “Parasite” or “Roma,” this is a wide-open, unusual field. You can’t go wrong predicting anything at this point. Although, ignore “Another Round” at your peril. Check out our latest Oscar Predictions here. What do you think the five nominees will be?

​Here is the full list of submitted films for this year’s Best International Feature race:

Austria
What We Wanted

Bhutan
Lunana: A Yak in the Classroom

Brazil
Babenco: Tell Me When I Die

Estonia
The Last Ones

France
Two of Us

Germany
And Tomorrow the Entire World

Hungary
Preparations To Be Together For An Unknown Period Of Time

Ivory Coast
Night of the Kings

Kyrgyzstan
Running to the Sky

Lesotho
This Is Not a Burial, It’s a Resurrection

Peru
Song Without a Name

Slovenia
Stories from the Chestnut Woods

South Korea
The Man Standing Next

Sudan
You Will Die at Twenty

Tunisia
The Man Who Sold His Skin

Turkey
Miracle in Cell No. 7

Venezuela
Once Upon a Time in Venezuela