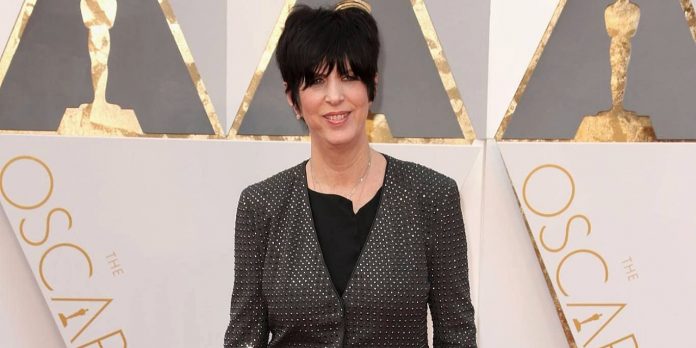 ​​Always the bridesmaid, never the bride. A sentiment used to describe perennial Awards also-rans Susan Lucci (Daytime Emmys), Kelly O’Hara (Tony Awards), Jon Hamm (Primetime Emmys) and cinematographer Roger Deakins or sound mixer Kevin O’Connell (Academy Awards). Each respectively finally won the award they long coveted. This year, Diane Warren will once again compete for Best Original Song at the Academy Awards for the song “lo si” (Seen) for the Italian film “The Life Ahead.” Will her 12th nomination prove to be the lucky one?

​Warren has previously been nominated 11 times and some of her songs have gone on to be massive hits:

Considering her song catalog, how is it possible that she’s still Oscarless? Three points come to mind. First, for the above songs nominated, only four received a Golden Globe nomination. The Hollywood Foreign Press has not been kind to Warren as her only win came for the song “You Haven’t Seen the Last of Me” from “Burlesque” (2011), which was snubbed at the Oscars.

Second, the films she’s received nominations for have primarily been action films that haven’t had broad Academy support. Often, Warren has either been the only nomination or the most notable. There have been two exceptions: “Music of the Heart” reaped a song nomination and a Best Actress nomination for Meryl Streep and “RBG” received a Best Documentary nomination. Warren has never been attached to a film nominated for Best Picture or even in the hunt.

However, even in the era of the expanded Best Picture field, the Best Original Song category has been known to go its own way when it comes to picking winners. Without question, Warren’s biggest problem has been timing. While she’s had some pretty big hits, she’s also lost out to some pretty popular tunes: “Nothing’s Gonna Stop Us Now” lost to “(I’ve Had) the Time of My Life” from “Dirty Dancing;” “Because You Loved Me” lost to “You Must Love Me” from “Evita;” “How Do I Live” from “Con Air” (1997) lost to “My Heart Will Go On” from “Titanic” and “Grateful” lost out to “Glory.”Arguably, Warren was the closest with “Till It Happens to You,” which she was nominated with the song’s singer, Lady Gaga, but sadly, they lost to “The Writing’s On The Wall” from “Spectre.”

Warren’s award shelf isn’t completely empty but given her song catalog, it’s definitely sparse. Joining the above mentioned Golden Globe, she won an Emmy for Outstanding Original Music and Lyrics for “Till It Happens to You.” Shocking, but not surprising, she’s only won one Grammy in 17 nominations for Best Song Written Specifically for a Motion Picture or for Television for “Because You Loved Me.”

Now Warren, hopes 12 is her lucky number. She’ll compete “lo si” (Seen) from the film “The Life Ahead” starring Sophia Loren, which just debuted on Netflix. Warren goes back to what she does best, the classic power ballad, but the tune is sung in Italian. This could be a tough sell as a potential winner. The reason is that there have been only three times in the Academy’s 92 years where a foreign language song won: the Greek tune “Never on Sunday” for the film “Never on Sunday” made history in 1960; the Spanish song “Al otro lado del río” for “The Motorcycle Diaries” won 44 years later in 2004 and it was no surprise when the Hindi song “Jai Ho” from Best Picture winner “Slumdog Millionaire” took the prize in 2008.

While Netflix may be tempted to only campaign “The Life Ahead”” for Loren, that would be a mistake; Netflix has the resources to launch a campaign for Warren, making it well known to voters that she’s never won along with a retrospective of her work to remind Academy voters of her song catalog.  Let’s also not forget she also has songs for “The One And Only Ivan” and the upcoming “Joe Bell” still in contention as well!

Will this finally be Diane Warren’s year? Check out our current Oscar predictions here. Let us know your thoughts in the comments section below or on our Twitter account.