Ten Indie Films To Put On Your Summer Movie Radar 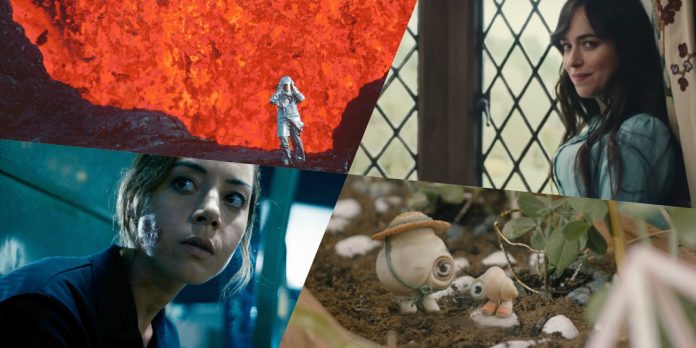 With the extraordinary financial success of “Spider-Man: No Way Home” in early 2022, expectations were raised high in the film business at the prospects of the summer movie tentpoles to come, from new chapters of “Doctor Strange” and “Jurassic World” to the much-anticipated “Top Gun: Maverick.” All have delivered moviegoers in droves, with bright prospects ahead for the remainder of the summer. However, no such assurance was given to the future of independent films in the post-pandemic era. After all, older moviegoers, which form the core of the domestic arthouse audience, have proven to be the slowest to return to theaters, and specialty studios began moving their product (such as “Downton Abbey: A New Era“) from the spring to early summer in hopes that the audiences would return.

But, all that changed on March 25th with the release of A24’s “Everything Everywhere All At Once.” Younger audiences, anxious to find an alternative experience in a multiverse, were the first to discover the film. Shortly after, word-of-mouth and stellar reviews began to bring the arthouse crowd back to theaters weekly. With the indie audience now clearly returning, the question soon became whether there would be enough films for them to enjoy.

The answer was quickly answered with a resounding yes. In June alone, we have already been treated to such acclaimed indie films as Terence Davies’ drama “Benediction,” the golf comedy “The Phantom of the Open” starring Mark Rylance, and the Cesar-winning period drama “Lost Illusions” (all in theaters), as well as Andrew Ahn’s gay rom-com “Fire Island” (streaming on Hulu). And June 17th alone brought us the openings of both British comedy “Brian and Charles” and the satiric “Official Competition” starring Penelope Cruz and Antonio Banderas (both in theaters), as well as streaming titles “Good Luck to You, Leo Grande” with Emma Thompson (Hulu) and Sundance Audience Award winner “Cha Cha Real Smooth” (in theaters and on Apple TV+).

Yes, indie films are back in a real way (finally!), and the next ten weeks of summer promise a drumbeat of independent films that will offer an array of genres as wide as any found in commercial tentpoles. To help make your way through all the indies that will be coming your way, I’ve put together this small calendar guide featuring ten of the titles that promise to be among the most intriguing and (potentially) most acclaimed this summer…

This modest live-action/animated mockumentary became a surprise sensation at Telluride 2021 as it tells the tale of Marcel, a one-inch-tall shell who enlists the help of a documentary filmmaker in his search to find his family. The voice work of Jenny Slate as Marcel has already met with much critical praise, and with the help of A24, “Marcel The Shell With Shoes On” may become that rare indie film that manages to appeal to both families and hipsters at the same time.

Romantic revenge has never tasted as sweet as in Emma Holly Jones’s romantic tale “Mr. Malcolm’s List.” Julia Thistlewaite (Zawe Ashton), rejected by England’s most eligible bachelor Mr. Malcolm (Sope Dirisu), after she fails to meet one qualification for his list for the perfect wife, seeks vengeance and enlists her friend Selina (Frieda Pinto) to woo Mr. Malcolm and then reject him. Never underestimate the power of an indie romance.

The visuals would be stunning enough if “Fire of Love” were merely a collection of spectacular volcanic eruptions. But the fact that Sara Dosa’s documentary also tells the love story between two married French volcanologists who faced the possibility of death every day together gives the film a beating heart that few documentaries can match. I suspect that “Fire of Love” will be a constant presence throughout awards season.

“Persuasion,” the latest film version of the Jane Austen novel, will likely cause a kerfuffle among Austen purists with its approach to the beloved material. Though not set in the present day like the recent “Pride and Prejudice”-inspired “Fire Island,” the dialogue by Ron Bass (“My Best Friend’s Wedding”) and Alice Victoria Winslow has been modernized, with Anne Eliot (Dakota Johnson) breaking the fourth wall to comment on her romantic dilemma regularly. Let the games begin!

Set in 1950s London, this film adaptation of the beloved Paul Gallico novel follows Mrs. Harris (Lesley Manville), a modest British housekeeper who, upon seeing a couture Dior dress, decides she must have it. She does all that she can — from gambling to starving herself — to finance a Paris trip where she bravely enters the imperious House of Dior. With Manville and Isabelle Huppert on board, arthouse audiences likely will be too for “Mrs. Harris Goes To Paris.”

Writer/director Clio Barnard’s tender “Ali & Ava” offers a different kind of romantic film. Set in West Yorkshire, Barnard follows the budding romance between middle-aged landlord Ali (BAFTA nominee Adeel Akhtar), a British South Asian man stuck in a loveless marriage, and Ava (Claire Rushbrook), an Irish teacher still stinging after her ex’s abusive treatment. Just how Ali and Ava fill up the well of loneliness for each other makes for one beauty of a movie.

B.J. Novak, whose scripts were always one of the sharpest elements of “The Office,” makes his writing/directing feature big-screen debut with this dark comedy in which a New York journalist and podcaster travels to West Texas to investigate the death (and possible murder) of a young woman with whom he had previously hooked up. Novak uses this unusual premise to offer an insightful and empathetic look at today’s social divisions plaguing America. Released to strong reviews at this year’s Tribeca Film Festival, “Vengeance” is sure to drum up a lot of excitement over the summer.

A critical favorite at this year’s SXSW, Halina Reijn’s black comedy “Bodies Bodies Bodies” begins with a murder-mystery party game among twenty-something friends but soon turns dark when an actual murder within the group is discovered. The evolution of the characters as things turn dark was widely praised, as was the cast, particularly Amandla Stenberg, Rachel Sennott, Lee Pace, Maria Bakalova, and the ubiquitous Pete Davidson.

Aubrey Plaza plays a young woman who is struggling with debt in modern-day Los Angeles and turns to a life of crime as a credit card scammer (with Theo Rossi as her boss) to pay bills and make a path for herself in John Patton Ford’s thrilling exploration of what the American Dream means today. The film received positive reviews at Sundance earlier this year, and Plaza has continuously proven herself to be one of the best actresses working on the independent scene today. With vital social commentary and dynamic filmmaking, “Emily The Criminal” is a small-time film about small-time crime with large ideas.

This chronicle of the fight between the Indigenous Uru-eu-wau-wau people of Brazil against the relentless deforestation of the Amazon by greedy developers might sound dry or preachy on paper, but “The Territory” is anything but. Along with striking cinematography and robust sound design, it is the story of the Indigenous people’s struggle that gives “The Territory” its real power. The film may be flying under the radar now, but not for long.

These ten films are a great start to what shapes up to be the most exciting season for independent films in recent memory, and there’s always a possibility that another film not on anyone’s radar that swoops in and captures moviegoers’ imaginations, much the way that “Everything Everywhere All At Once” did this spring. Independent film really seems to be back in full force this summer, and we moviegoers are all the richer for that. Which independent films are you looking forward to seeing throughout the rest of the summer? Please let us know what you think in the comments section below or on our Twitter account.