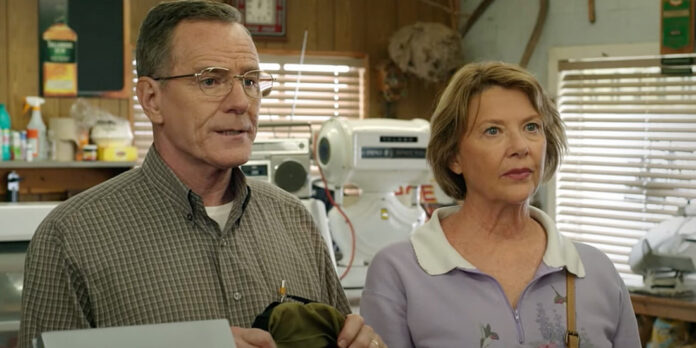 THE STORY – Jerry Selbee discovers a mathematical loophole in the Massachusetts lottery, and with the help of his wife, Marge, he wins millions of dollars.

​​​​​​​​​​We get it, movies. Don’t write off a middle-aged white man. Since films began, one of their favorite narratives has been that of a man – usually white, always in his 40s-60s – who has been undervalued by everyone for decades but finally gets a late-in-life chance to show that he’s worth a damn and prove them all wrong, especially the youth looking for shortcuts who push him aside because they don’t appreciate the value of hard work. It’s not that this narrative doesn’t have its place; plenty of men come into their own later in life, and everyone loves a good underdog story. But at this point, it feels played out, yet another reminder that a whole generation of cishet white men have been running America into the ground and impeding the progress of the younger generation – who largely aren’t able to afford the same kind of lifestyle their parents had when they were in their twenties and thirties. We’ve heard this story over and over and over. Its latest iteration, “Jerry & Marge Go Large,” is very lucky to have an incredibly talented set of people leading it. Otherwise, there would be very little to recommend.

The middle-aged white man in question this time around is Jerry Selbee (Bryan Cranston), who is finally retiring from the cereal factory where he’s worked his entire adult life. His love of numbers and skill with mathematics may have been taken for granted by his workplace, but these things enable him to discover a flaw in a specific lottery game. Abandoning his aversion to risk for the first time since his wife Marge (Annette Bening) got pregnant at 17, he withdraws most of the money in their checking account to bet big – and ends up winning big. Before long, he’s roped in Marge, his accountant (Larry Wilmore), and most of the rest of their small Michigan town to buy more tickets and win more money, which they use partly to renovate and revitalize the town. But a snot-nosed Harvard undergrad named Tyler (Uly Schlesinger) also figures out the flaw and gathers a group of his classmates to do the same thing in the hopes that they won’t have to do a day’s worth of “real work” for the rest of their lives. Jerry and Tyler both realize that with two groups doing the same thing, their potential winnings decrease. Which one of them will be the last one standing?

If it sounds like an only-in-the-movies plot, take heart because the film is inspired by the Selbees’ real story and has only taken the smallest of liberties. The refusal to overly dramatize the story gives the film a sort of homespun charm. It’s all very wholesome and down-to-earth but also somewhat flat despite Jake Monaco’s jaunty score. The screenplay by Brad Copeland never gets much funnier than some light chuckles and regularly dispenses sub-Hallmark card philosophies to ensure you get what the film wants to say. Thankfully, “Jerry & Marge Go Large” has David Frankel in the director’s chair. Frankel has made his name by directing well-paced, lightly entertaining films for adults like the Meryl Streep vehicles “The Devil Wears Prada” and “Hope Springs,” and his skill at doing so is, much like Jerry’s skill with math, easy to undervalue. Given that this script is nowhere near the level of those two, “Jerry & Marge Go Large” was never going to be as good, but such is Frankel’s skill with this kind of film that it almost manages to get close. At just over 90 minutes, “Jerry & Marge Go Large” flies by as easy as a summer breeze, not overstaying its welcome for a single second, a trait more films could stand to have these days.

While Frankel deserves a lot of the credit for how well the film works, Bening and Cranston deserve their fair share of praise, too. Both actors have an innate intelligence that they can’t shed even when playing stupid characters, and that keeps our interest in Jerry and Marge high even when they have to grit their way through some truly cringe-worthy dialogue. It could be hard to see the erstwhile meth kingpin Walter White and cold-on-the-outside, falling-apart-on-the-inside realtor Carolyn Burnham as a couple of midwestern homebodies whose idea of a good time is poring over hundreds of lottery tickets to see how many winners they have. Still, the actors share warm, lived-in chemistry that contributes more to the down-home qualities of the film than the cliché-ridden production design and self-consciously frumpy costumes do.

For all the heart that the leads bring to this story, they are, unfortunately, never able to fully overcome the hoary old clichés. “Jerry & Marge Go Large” never soars because of those clichés, but at least Bening, Cranston, and Frankel manage to get it off the ground.

Powered by JustWatch
Share
Facebook
Twitter
Copy URL
Previous articleThe Next Best Picture Podcast: Episode 299 – The Best Films Of 2022 So Far, “Blonde,” “My Policeman” & “Persuasion” Trailers
Next article“MARCEL THE SHELL WITH SHOES ON”