Takeaways From The 2020 Visual Effects Bake-Off 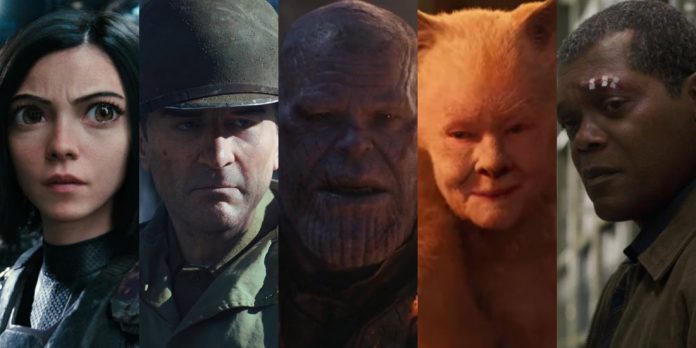 ​Another year, another Oscars Visual Effects bake-off. For a refresher, the Academy Visual Effects branch assembles every year to view 15-minute presentations of each of the 10 shortlisted finalists for the visual effects Oscar. Voters then rate the presentations, resulting in the 5 nominees. A good presentation can result in a nomination for an unexpected film (“Deepwater Horizon“) and a poor presentation can kill a perceived frontrunner’s chances (“Tron: Legacy”).

It is always worth considering Variety’s David S. Cohen’s breakdown of factors at play in any given VFX bake-off…

This year the 10 films in competition were…. 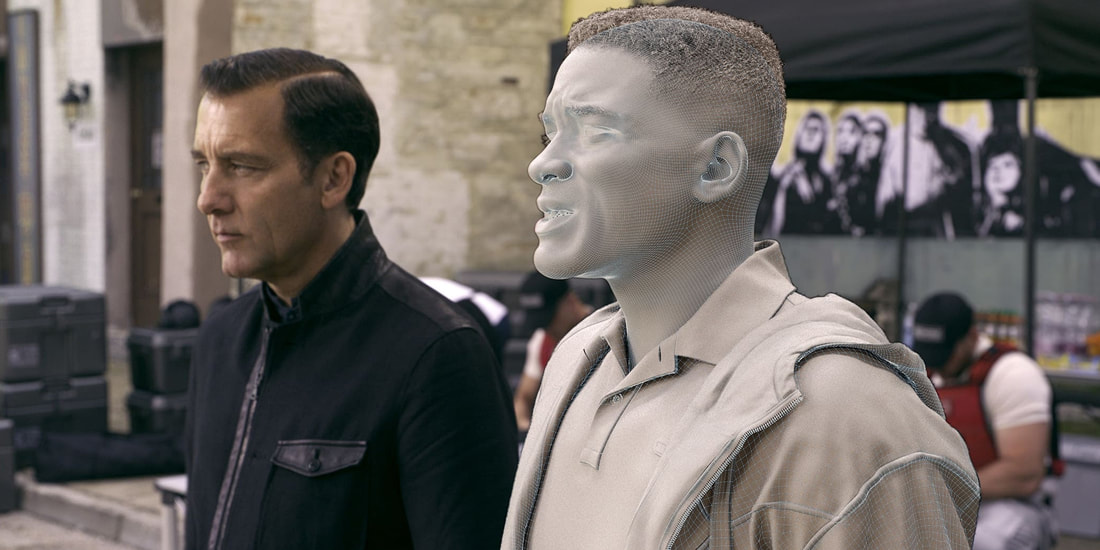 Although “Gemini Man” was shot in 120 FPS, the Academy projectors could only project at 60 FPS. The projection showcased the film’s hyper-realistic appearance. It almost appeared video-game-like at times. The presentation emphasized the combination of body doubles and motion capture to create twin Will Smiths (they actually created digital versions of both young and old Smith). Because of the high frame rate, the work had to be incredibly precise down to the smallest detail (we’re talking grains of skin). The effects team spent two years perfecting the film’s VFX and 40 weeks on post-production. There was only one audience question and a polite applause after. 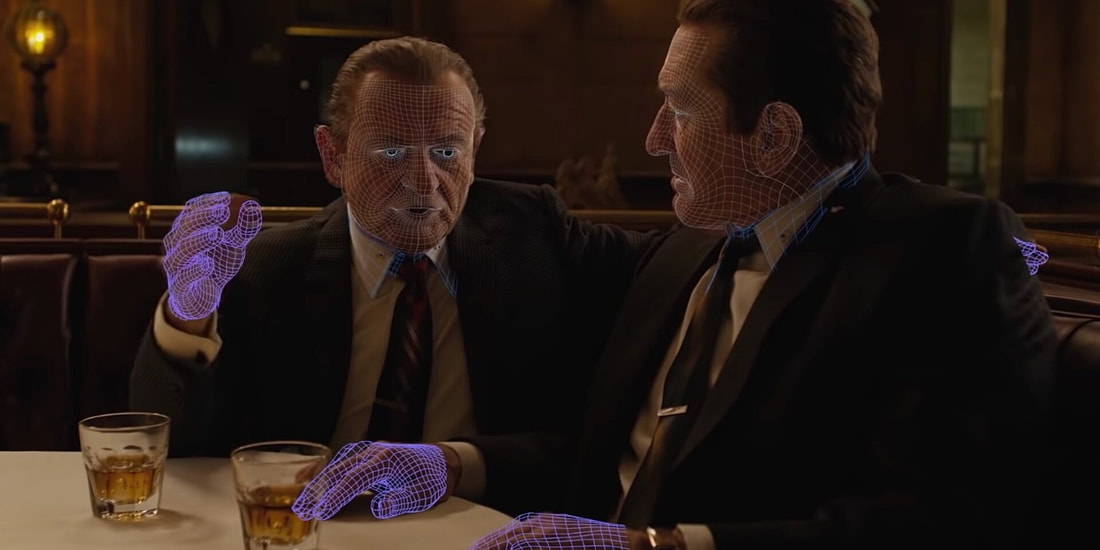 The VFX team on “The Irishman” opted not to use traditional visual effects techniques for de-aging, so as not to impede on the cast’s performances. As such, there was no motion-capture, no tracking dots on faces, etc. Instead, the VFX team was tasked with tweaking the footage as it was shot on set. They used light and texture as tracking markers instead. The team strove, not to replicate the younger selves of the actors, but rather to create realistic younger versions of the characters. The reel wisely avoided showing the more awkward looking moments of Robert De Niro moving like an older man while appearing young in the face. 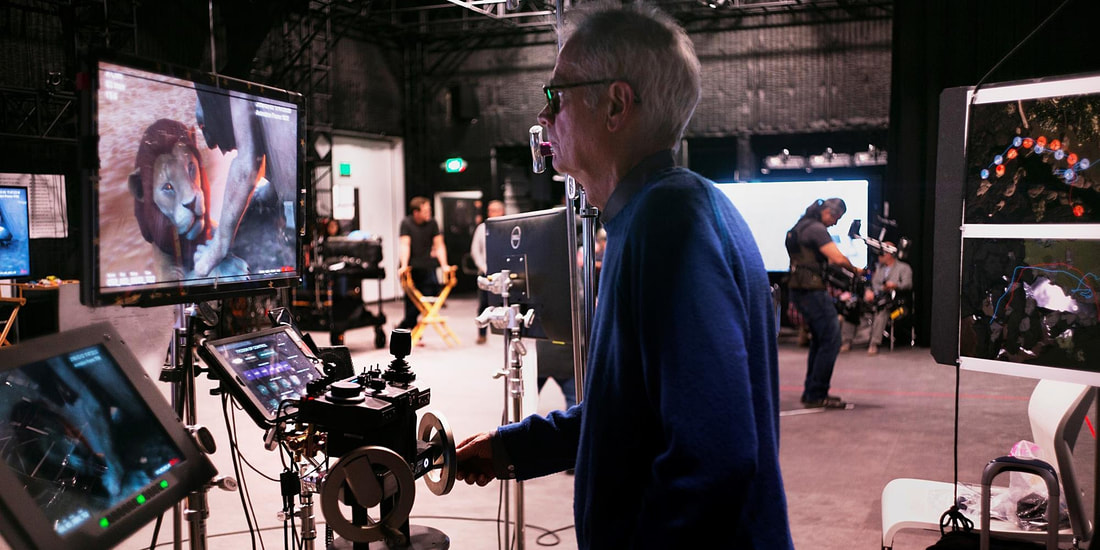 “The Lion King’s” presentation probably drew the biggest audience reaction of the night, as the presenters went for comedy (something that worked two years ago with “Guardians of the Galaxy: Vol 2“). They joked “we only had an older Simba, so we had to de-age him). The team aimed for a hybrid of David Lean epics and nature documentaries for the film’s look. They used real camera movements and angles, with DP Caleb Deschanel moving the camera as if he were actually on set. The reel showed off the enormous variety of characters, environments and lighting scenarios on display in the film. 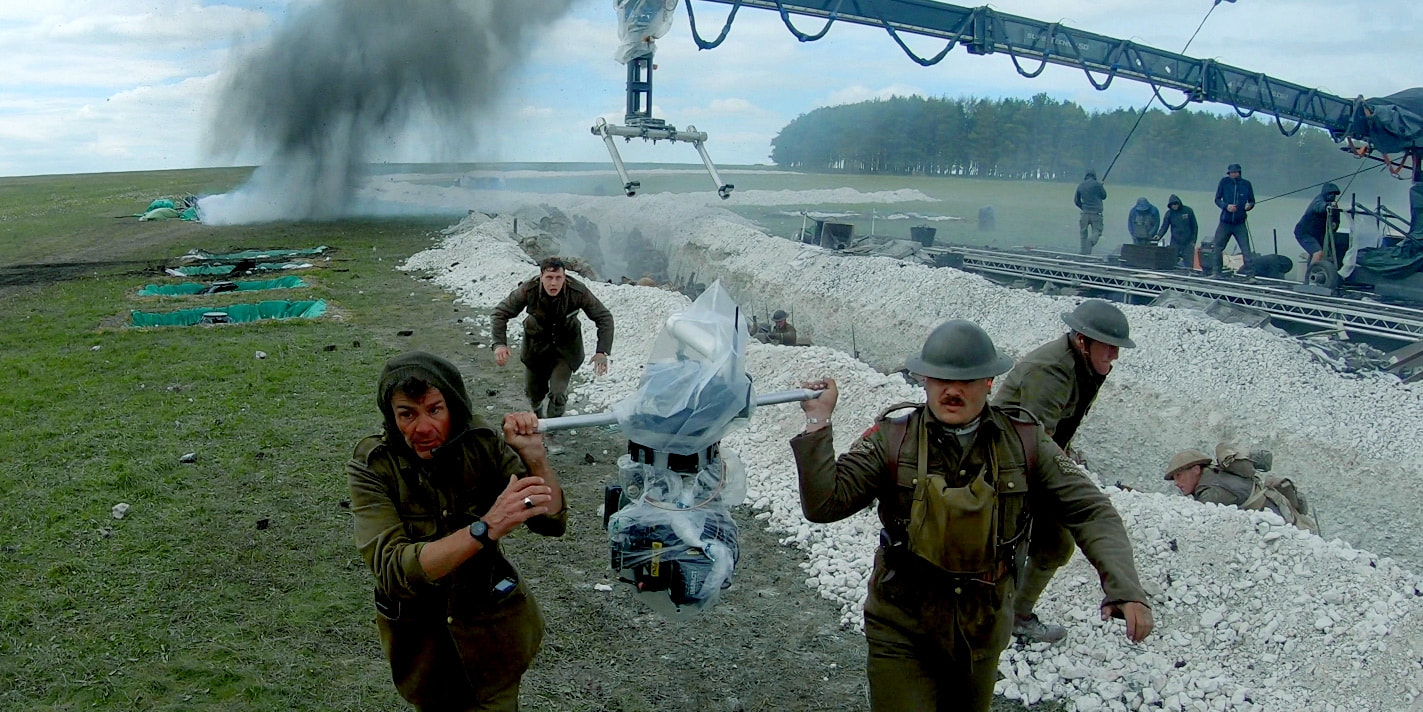 The VFX team for “1917” worked closely alongside Roger Deakins from the get-go to create the one take illusion. There was a lot of invisible stitching across separate takes, combining multiple elements from different shots into a single take via layered plates. The reel focused especially on the plane crash sequences and the burning church sequences. Thomas Newman’s score really gave the reel some extra impact. 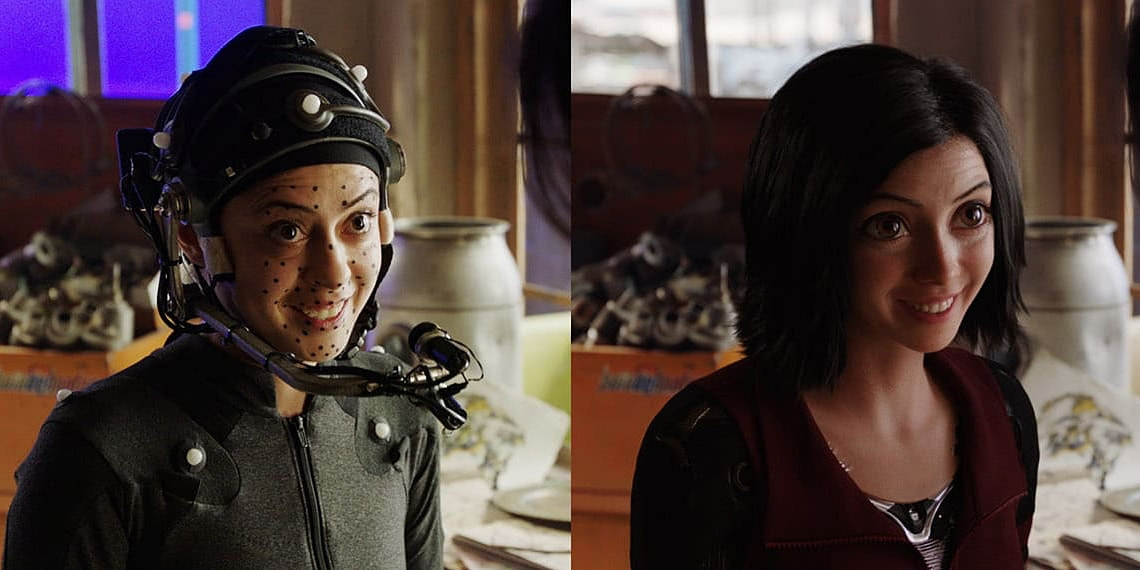 The presentation for “Alita: Battle Angel” emphasized the complexity of the film’s title character. Alita was 100% CGI, although actress Rosa Salazar’s performance was a constant reference. The team praised her extensively. The team designed the character so extensively that even her mechanical inner-workings, which aren’t visible on the film, were animated. The artists discussed being surprised by the initial negative reactions to the film’s visual effects during the first trailer. Ultimately, in response to complaints about Alita’s eyes, the team said “fuck the haters. Let’s go bigger.” The reel also showcased the cityscapes. The reel was choppily edited, meaning it was hard to take in some of the complexities, and a number of voters got up to use the bathroom during the Q and A. 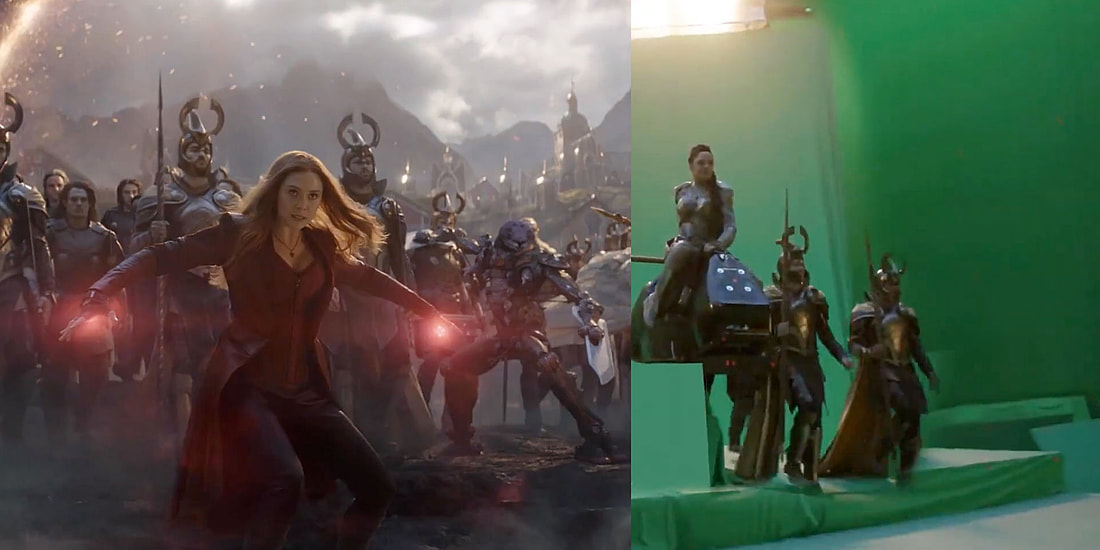 This real basically just went for “we have A LOT.” Captain America was one of the main showcases for the “Avengers: Endgame” reel. The Captain vs Captain fight was done on a complete green screen set. Old age Captain was a combination of makeup and CGI. The beginning of the epic final battle took 3 months to finish. In fact, the team only wrapped just 2.5 weeks before the release of the film. The reel also focused on Mark Ruffalo’s new Hulk look. The audience seemed to respond well, especially in regards to the sheer quantity of work on display. 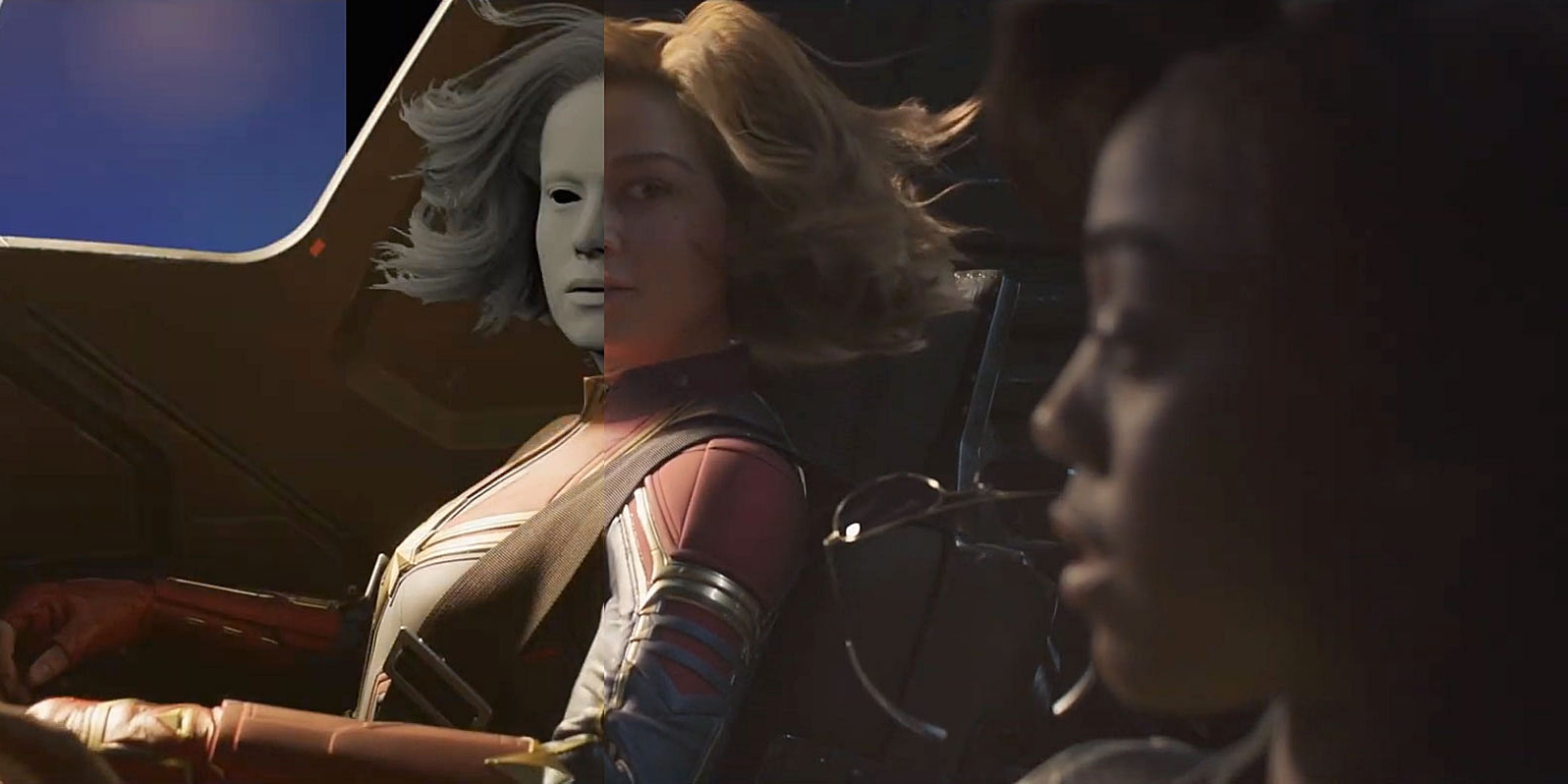 The VFX team worked hard on “Captain Marvel” to ensure they weren’t just recreating things seen in other Marvel movies, which is how they came up with Larson’s distinctive glow. Goose the cat ended up being the focus of a lot of the presentation. Brie Larson was allergic to cats, so 80% of the time Goose is onscreen, he was CGI. They also focused on Sam Jackson’s de-aging, using his 90s films as reference. The performance was entirely Sam’s. No body doubles were used. They also had to recreate 90s Los Angeles. The reel was both comedic and also showed just how hard the work was. The presenters got good laughs saying things like “we heard de-aging and cats are big this year so that’s probably why we’re here.” 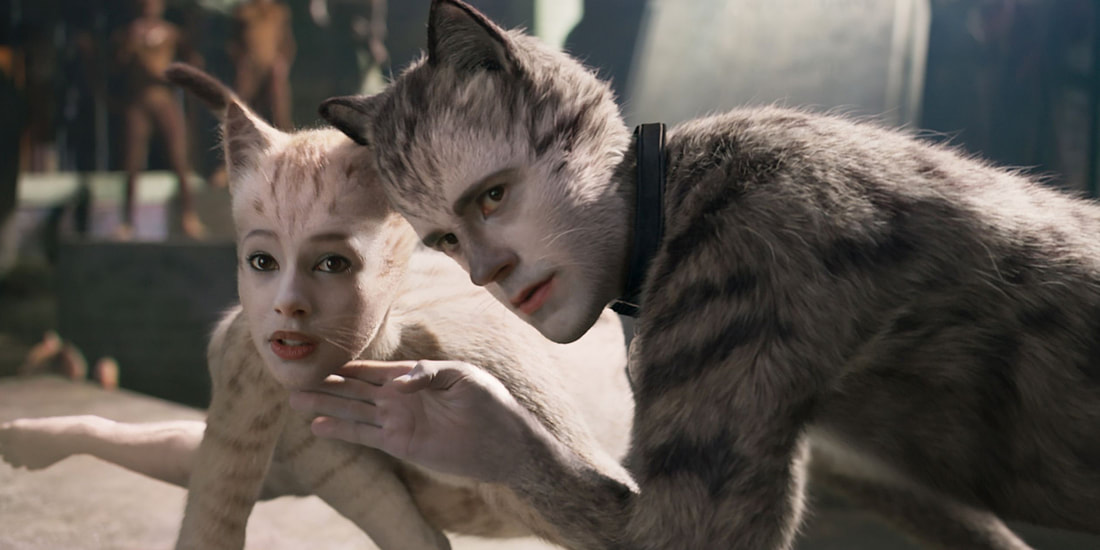 “Cats” was the only film not to have a “before and after” visual effects reel. The presentation itself discussed the work involved in motion-capture performances and the combination of real and digital sets. The audience seemed sympathetic to the team during the Q and A, discussing “a very particular director” and the constant tweaks being made. The film had a VFX team of over 2000 artists working on it at one point. They also said, “if we could have gone 100% CGI that would have been MUCH easier.” The moderator did say “stunning work” at one point, and it wasn’t ironic.

Star Wars: The Rise of Skywalker 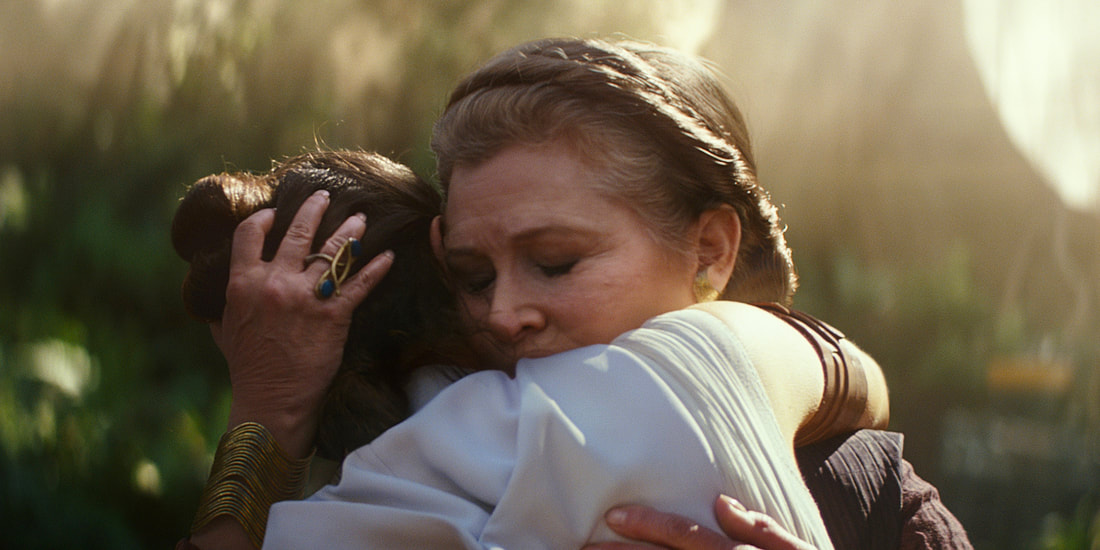 The reel for “Star Wars: The Rise Of Skywalker” really emphasized the sheer amount of practical effects work on the creatures (more practical creatures than in any “Star Wars” film), explosions and environments (one of the few presentations to do so), as well as cool forced perspective work on things like the Sandcrawler. Maz Kanata went animatronic this time after being CGI previously. They played up nostalgia, referring to the film as a “love letter” to the 1977 original. They also discussed the difficulty of incorporating Carrie Fisher’s old footage into the new film. 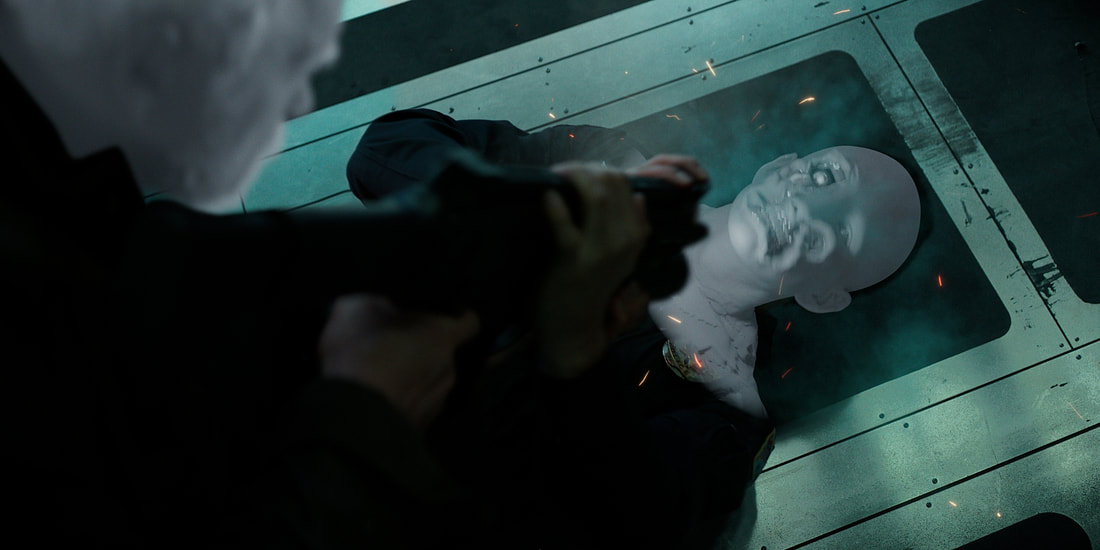 More de-aging here. The team behind “Terminator: Dark Fate” discussed the complexities of aging Schwarzenegger and Hamilton down, as well as recreating young Edward Furlong from scratch. They cited “deep fake” videos as an inspiration for the facial replacements on the digital creations. They also showed off the airplane fight sequence, which was filmed on a massive rotating cylinder, reminiscent of “Inception.” Like “Star Wars: The Rise Of Skywalker,” they heavily emphasized the practical work. The reel was well-edited and seemed to get a strong response.

In all honesty, this was a really strong year for presentations. The only films I feel secure about for an Oscar nomination are “The Irishman,” “The Lion King” and “Star Wars: The Rise Of Skywalker.”

However, “1917” seems likely, as does “Avengers: Endgame.” Honestly, “Terminator: Dark Fate” really could surprise here. It played surprisingly well. “Alita: Battle Angel’s” work was impressive even if the presentation wasn’t one of the best. And “Captain Marvel” played well for the room.

As of now, I’m predicting:

1917
Avengers: Endgame
The Irishman
The Lion King
Star Wars: The Rise Of Skywalker

So based on my takeaways and your own observations, what do you predict will be the final 5 Oscar nominees for Best Visual Effects? Check out our predictions here and let us know in the comments below or on our Twitter account.