Backlash To The 2020 BAFTA Nominations 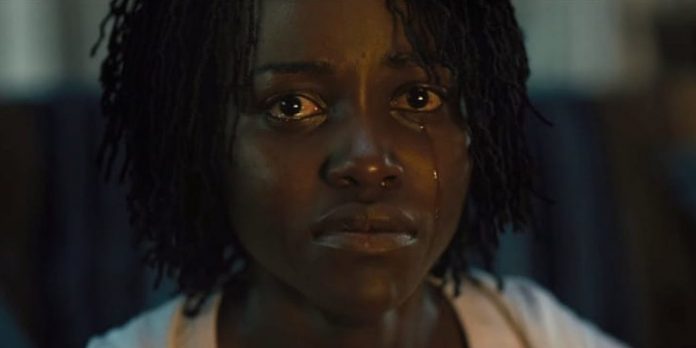 ​​On February 2nd, the 73rd Annual British Academy Film Awards, more commonly known as the BAFTAs, will be taking place. Usually, as a Brit, I would be buzzing with excitement, but this year’s BAFTAs already feels disappointing. Today saw the announcement of the nominees, and as the names were unveiled to us, it was clear that an all too familiar and rather ugly pattern was emerging.

In a year of great female-led films such as “Us,” “Hustlers,” “Harriet,” and “Clemency,” it seems baffling that actors like Lupita Nyong’o, Jennifer Lopez, Cynthia Erivo, and Alfre Woodard, have been completed snubbed from the line-up (and not only at the BAFTAs). Jennifer Lopez has routinely been nominated throughout this awards season, especially in the Film Critics circles; so many of us were anticipating her being nominated here.

In terms of male actors, this year has seen great performances from the likes of Antonio Banderas, Jamie Foxx, Sterling K. Brown, and Eddie Murphy (who made a stunning comeback with “Dolemite Is My Name”).  In fact, over the last decade, only about 5% of BAFTA nominations for best actor, actress, and best supporting actor or actress were for non-white individuals – an absolute disgraceful statistic. Is it any wonder that the hashtag #BAFTAsSoWhite has been exploding on Twitter?

The BAFTAs does include the EE Rising Star Award (voted by the public) which has a far more diverse line-up of nominees with the likes of Awkwafina, Jack Lowden, Kaitlyn Dever, Kelvin Harrison Jr., and Micheal Ward. However, considering how much of a major player Awkwafina is in “The Farewell,” and how Kelvin Harrison Jr. wowed us this year with two astonishing performances in “Luce” and “Waves,” we should see them both going up against the other nominees for Best Actor and Actress in a Leading Role. And, don’t even get me started on how Octavia Spencer hasn’t been recognized for her powerhouse performance in “Luce” anywhere this awards season.

​It’s not like 2019 hasn’t seen the release of many great films by female filmmakers. There’s Olivia Wilde’s “Booksmart,” Nisha Ganatra’s “Late Night,” Céline Sciamma’s “Portrait of a Lady on Fire,” Marielle Heller’s “A Beautiful Day in the Neighborhood,” Greta Gerwig’s “Little Women,” Jennifer Kent’s “The Nightingale,” Lorene Scafaria’s “Hustlers,” and Melina Matsoukas’ “Queen & Slim.” However, all of these have been ignored. It just seems baffling to me, especially when you consider that Gerwig’s “Little Women” has been nominated for five BAFTAs: Leading Actress, Supporting Actress, Adapted Screenplay, Original Score, and Costume Design. Voters clearly like “Little Women” so why the directing snub?

At the risk of sounding like a broken record, diversity in film matters and it’s a major issue in the industry. The 2019 “Celluloid Ceiling Report” conducted by the Center for the Study of Women in Television and Film at San Diego State University, found that just 13% of directors on the 250 highest-grossing films were female. While this was an improvement from 2018, in which just 8% of the 250 highest-grossing films were directed by a female filmmaker, the progress for equality in the industry is incredibly slow.

Responding to its nominations today, BAFTA has highlighted that there are 13 female directors nominated compared to eight last year. These are mostly in the Short Film, Animation and Documentary categories, with Jennifer Lee being nominated for Best Animated Film for “Frozen 2”. BAFTA also stated that they received more entries from female filmmakers this year, up from 10% to 19%. However, the issue isn’t the lack of great films, directors or actors, but rather, the members who make up the BAFTA voting board.

The BAFTAs are voted for by around 6,700 members of the British Film and Television Academy. These are industry workers who apply for membership and pay an annual subscription of £495. In each category, the shortlists are decided by around 100 specialists, and perhaps this is where the issue lies. The lack of diversity in the industry for directing, producing, and cinematography means that there isn’t going to be an equal number of specialists voting in the shortlists. It’s worth adding that BAFTA doesn’t exactly know how many of the eligible films the voting academy has actually seen before casting their votes, despite DVDs being posted to each voter.

In response to the criticism of this year’s nominees, BAFTA CEO, Amanda Berry, stated the following: “If I’m being totally honest, no, I’m very disappointed.” She added: “It is changing, but I think we at BAFTA just have to push a lot harder.” I think it’s not only BAFTA that needs to push harder but the entire industry.