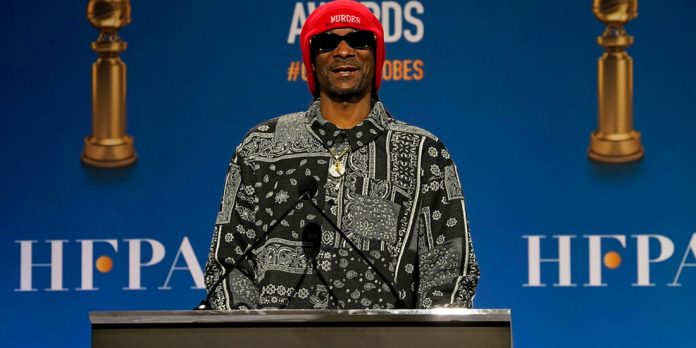 Scandal after scandal rocked the Hollywood Foreign Press Association in 2021, leading to the cancellation of this year’s Golden Globes broadcast. The show must go on, however, ill-advised or not. The nominations for the 79th Golden Globes were unveiled this morning, but perhaps with a distinct lack of the Globes’ typical ridiculousness. Last year saw nominations for the likes of Sia’s “Music,” one of the year’s worst films. This time, while the nominations aren’t without snubs or surprises, none were quite so out of the left field. It remains to be seen how the Golden Globes will impact the Oscar race given their dramatic fall from grace, but my hunch is that the nominations will still drive conversation and thus affect contenders’ buzz. And yet, publicists and studios will likely avoid referencing the Golden Globes in any official campaign material or advertising, making this a fascinating experiment.

Let’s dive into the film nominations. What were the biggest surprises and misses? How could these nominations impact this year’s awards race?

“BELFAST” AND “THE POWER OF THE DOG” LEAD THE NOMINATIONS
With seven nominations each, “Belfast” and “The Power of the Dog” led the way this morning, each scoring every expected nomination they needed to receive. Both acquired nominations for Best Director, Best Motion Picture – Drama, Best Screenplay, three acting nominations, and a craft nomination in Best Original Score or Best Original Song. Benedict Cumberbatch, Kirsten Dunst, and Kodi Smit-McPhee received nods for “The Power of the Dog,” while Caitriona Balfe, Jamie Dornan, and Ciaran Hinds made it in for “Belfast.” Some may have predicted Judi Dench from “Belfast” or Jesse Plemons from “The Power of the Dog.” Still, truthfully, this was the best-case scenario for both films and should help them maintain their top-tier contender statuses as Best Picture frontrunners.

A LACK OF SHOCKING INCLUSIONS
Perhaps we can see the impact of the decline in publicists wining-and-dining Hollywood Foreign Press voters. This year, they had fewer, if any, silly nominations. Like last year’s “Music,” or the legendary nominations for “The Tourist” in Best Picture Comedy or Musical, the Globes have a reputation for nominating films on star power alone, no matter the quality of the film. This year, there are no genuinely unbelievable nominations to speak of. Marion Cotillard scored a nomination for Best Actress – Musical or Comedy for her role in “Annette,” which is a bit surprising, given the mixed reception for the film, but Adam Driver was probably close for a nomination in the Best Actor Comedy or Musical category, so her inclusion in the weaker field isn’t all that shocking. Still, it’s a musical, and she’s a well-known name, so she made it in. Outside of that, Mahershala Ali’s nomination for Best Actor – Drama in the AppleTV film “Swan Song” seems to have come out of nowhere given the minimal publicity that film has received outside of its premiere at this year’s AFI Film Festival. Still, it’s an excellent performance and a welcome nomination for the two-time Academy Award winner.

Many expected some hilarious nominations from this morning that didn’t pan out. Curiously missing is “Dear Evan Hansen,” the widely-panned musical starring Ben Platt. In other years, star power and studio money would’ve undoubtedly led to at least a few nominations for a film such as this. Meanwhile, the musical juggernaut of this year, “West Side Story,” performed very well today with nominations. Ansel Elgort was thankfully missing from Best Actor – Musical or Comedy. Not only is he widely considered the weakest performance in the film, but he’s also been accused of inappropriate sexual relationships, and his nomination would’ve only added to the Globes’ current problems.

MAGGIE GYLLENHAAL SCORES A BEST DIRECTOR NOMINATION
While “The Lost Daughter” was missing from Motion Picture – Drama and Best Screenplay, Maggie Gyllenhaal scored a high-profile nomination for Best Director. In a typical year, this would be a solid boost to the campaign for “The Lost Daughter,” but since Netflix is likely to avoid mentioning the Globes, the impact of this will be a bit muted. The Globes love actors turned directors, with Regina King scoring a nomination here last year for “One Night In Miami,” so perhaps this should’ve been less of a surprise. I don’t expect this to repeat at the Oscars, but maybe it’s a stronger case for Gyllenhaal to win the First Time Director award at DGA and score a Best Adapted Screenplay nomination at the Oscars.

“LICORICE PIZZA” AND “WEST SIDE STORY” LAND FOUR NOMINATIONS EACH
In the Musical/Comedy side of things, newcomers Alana Haim and Cooper Hoffman scored much-needed nominations for Best Actress and Best Actor for their heartwarming and charismatic turns in Paul Thomas Anderson’s “Licorice Pizza.” While Paul Thomas Anderson was curiously missing from Best Director, his film landed in Best Motion Picture – Musical or Comedy and nabbed the filmmaker his first Golden Globe nomination for Best Screenplay. While Hoffman will have a challenging time breaking into Best Actor, he edged out other heavy hitters like Joaquin Phoenix in “C’mon C’mon” and the previously mentioned Platt. With this nomination today, Haim stands a legitimate chance at a Best Actress nomination. The strong showing for the film is an excellent sign for “Licorice Pizza’s” campaign, which is just revving up towards its wide release on Christmas Day.

These four nominations matched the haul for Steven Spielberg’s “West Side Story.” In addition to Best Motion Picture – Musical or Comedy and Best Director for Steven Spielberg, Rachel Zegler and Ariana Debose scored acting nominations in both Lead Actress and Supporting Actress, respectively. The buzz is oscillating between Debose and legendary co-star Rita Moreno for a potential Best Supporting Actress win, so Moreno’s miss here could signify the direction in which things will ultimately go. Sadly missing was Mike Faist, a crowd-favorite who has gotten tons of recognition for his captivating performance as Jets leader, Riff. His miss here isn’t surprising, as Best Supporting Actor is a tough category to break into this year.

Interestingly, every Oscar winner for Best Picture since 2005 was nominated for Best Screenplay at the Globes. With many (including myself) predicting “West Side Story” to win Best Picture, its miss here for Tony Kushner is a bit alarming and will need to be taken into consideration.

THE TRAGEDY OF “IN THE HEIGHTS”
A study should be conducted on the failure of “In The Heights” all around. From disappointing box office receipts to colorism controversy and now to only a single Globe nomination to its name. “In The Heights” should’ve been a slam-dunk for the Globes, and yet it couldn’t even score a nomination for Best Motion Picture – Musical or Comedy. Thankfully Anthony Ramos was still nominated for Best Actor – Musical Comedy, but it’s hard to celebrate the lack of recognition for one of the most beloved films of the year.

CHAOS IN SCORE
Interestingly, the most shocking category this morning was Best Original Score. While “The French Dispatch,” “The Power of the Dog,” and “Dune” all received their expected nominations, they were joined by Pedro Almodovar’s “Parallel Mothers” and Disney’s “Encanto.” If you had asked me my top 20 contenders in this category, I’m not sure I would’ve had either film on the list. “Parallel Mothers” also scored a nomination for Best Foreign Language Film (though Venice winner Penelope Cruz missed Best Actress-Drama), and “Encanto” made it into Best Animated Film and Best Original Song, but the score nominations are the most fascinating. While I don’t expect these to repeat anywhere else, it could be a change in momentum for the rest of the season.

The lack of genuine surprises is the biggest surprise of the morning. And yet, the Golden Globes have a significant asterisk next to them this year. Will they have less of an impact on the race than usual? Will they continue to create scandal upon scandal? Likely. Nevertheless, the awards race is in full swing, and these nominations are at least a sign of some things to come.

What impact do you think the Globes will have this year on the Oscar race? What was your biggest surprise? What about your biggest snub? Let us know in the comments section below or on our Twitter account.