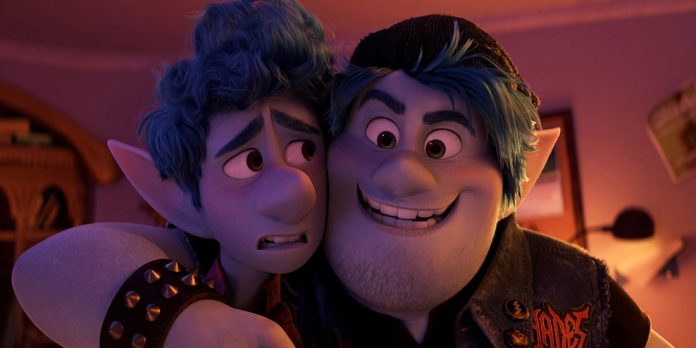 Coming right off of the Oscar win for “Toy Story 4,” Pixar will soon release their next animated film, “Onward,” on March 6th. Even though it’s still incredibly early, the film currently has an overwhelming set of positive reviews with a constant rise of interest as we near its premiere date. So with “Onward” looking to be another Pixar success, the next question that comes to mind is a natural one: Will Pixar be on that Oscar stage this year once again?

“Onward” is the second film from Dan Scanlon (previously known for “Monsters University”) and follows the story of two elf brothers who go on a magical journey to bring their previously deceased father back to life again. The voice cast includes Chris Pratt, Tom Holland, Julia Louis-Dreyfus, Octavia Spencer, and Ali Wong, and is produced by Kori Rae who has worked on numerous Pixar classics like “The Incredibles,” “Up,” and “Monsters Inc.” From the basic concept, the voice cast, art direction by Bert Berry (“Coco” and “Inside Out”), and a current 85% grade on Rotten Tomatoes, it looks like Pixar could, once again, have a winning film on their hands.

​However, when comparing “Onward” to Pixar’s other nominated and winning films, its release date isn’t a comforting sign. Like live-action films, the ones that get released in the fall or summer are typically the films that end up with an Oscar or nomination in February. This early March release date could be a sign of the studio’s faith (or lack thereof) in the film, especially considering that Pixar also has another film coming out this month: “Soul” from “Up” and “Inside Out” director Pete Docter and Kemp Powers. “Soul,” a film about a musician who has lost his passion for music, is currently scheduled to be released in June. In contrast to “Onward,” “Soul” has an incredibly friendly award release date, especially considering that it’s the exact same weekend “Toy Story 4,” the last Oscar winner, came out last year.

But even including “Soul,” “Onward” still does have other competition for the award. Walt Disney Amination Studios, another studio that’s constantly in the award circuit for this category, is releasing their film “Raya and the Last Dragon” Thanksgiving weekend, the same weekend “Zootopia” and “Frozen II” came out. “Raya and the Last Dragon,” written by Adele Lim (“Crazy Rich Asians”) and starring Awkwafina, tells the story of a warrior girl who searches for the last dragon in her realm. Of course, there’s also “The Spongebob Movie: Sponge on the Run,” “SCOOB!,” “Trolls World Tour,” and “The Croods 2” that can play a role in the upcoming race as well. But another animated film to look out for is DreamWorks’ “Over the Moon”. This film is serving as animator royalty Glean Keane’s (“Tangled” and “Beauty and the Beast”) directorial feature debut and follows a young girl who builds a rocket to travel to the moon to meet the Moon Goddess. The film currently has no set release date apart from the year 2020, but it will be distributed by Netflix, and with the success of “Klaus” and “I Lost My Body,” I wouldn’t count it out anytime soon.

As time goes on and reviews come out, “Onward” is only getting stronger and stronger. It’s not only on parents’ radars but cinephiles and average moviegoers as well. There’s no doubt in my mind that “Onward” will over-perform at the box office and maybe even become an instant classic. But will it perform over “Soul”? Will it be able to compete with DreamWorks and Disney Animation? That, unfortunately, only time can tell. But after reading all the reviews and slowing watching the traction gain over the last week, I would definitely not count “Onward” out.

Do you think “Onward” has a good shot at an Oscar nomination for Best Animated Feature film this early? Have you seen it yet? If so, what did you think? Let us know in the comments section below or on our Twitter account.